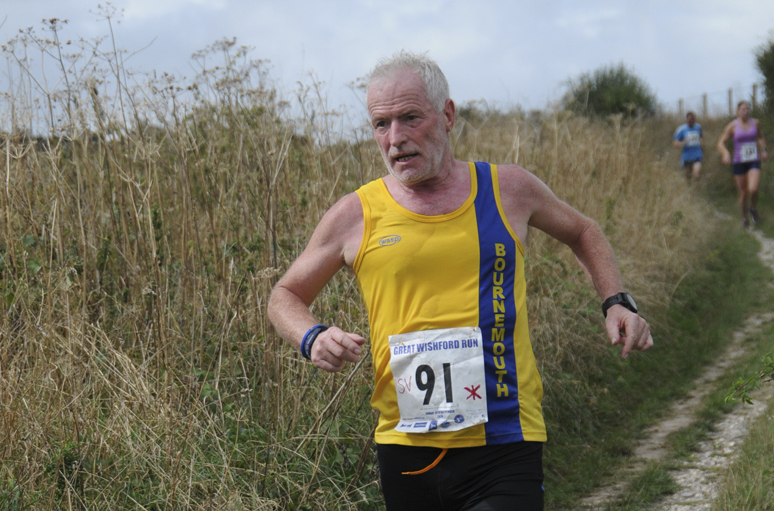 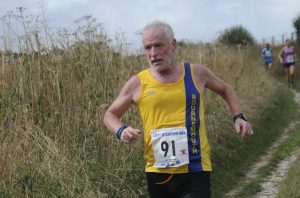 The Great Wishford Run is a small, local race organised by The Friends of Great Wishford School. That being said, it does still attract a few good club runners. There was even a Bournemouth AC vest in the field as Andy Gillespie lined up to battle the undulating, multi-terrain course.

In fact, Andy is a regular at this race as if often represents one of his last serious day’s training in the build up to the Atlantic Coast Challenge in October.

The Atlantic Coast Challenge entails completing three marathons in three days, so requires considerable endurance and an iron will. Fortunately, Andy has those in abundance so he should be in a position to, not only complete the race, but to also set himself certain time targets for each day.

The Great Wishford Run is part of training routine that sees Andy run four miles across the fields from where he lives to get to the start-line of the race.

He then cracks the race out as best he can before running the four miles back home afterwards. That gives him a solid 15 mile day with a good workout in the middle.

The race itself kicks off with a 3.5 kilometre hill leading up to the woods. Some of the route up is on road and some is on a stoney track. Once in the woods, it’s onto typical woodland trails, mainly on rough grass and narrow Land Rover tyre tracks. Whilst in the woods there is still quite a lot of ups and downs to negotiate. 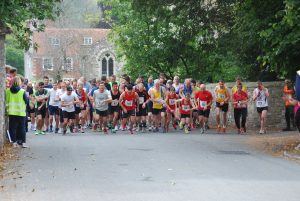 In the middle of the race comes the main area of downhill to counterbalance the climb from the start. Some of that section is an old Roman road so it’s quite flat underfoot.

At around 8 kilometres there is a steep descent back into Great Wishford. This is a fast section but there are a few ninja rocks waiting to trip you up if you’re not careful. In previous years they had got Andy but fortunately not this time.

Managing to stay upright, Andy cruised into the finish in 22nd place, registering a time of 51 minutes 55 seconds. That was around the same sort of time that he usually does so Andy was relatively happy with that. 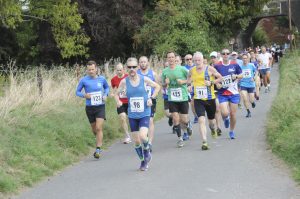 A total of 68 people completed the route, which actually comes up slightly over 10k, measuring at around 6.5 miles.

After the race Andy’s route back home entailed retracing his steps up the 3.5k hill he’d gone up at the start of the race. It was an incline that he’d tackled every day last week in fact, so a very good bit of preparation for ACC, which features plenty of steep climbs along the way.

All things considered, it was a good day’s training for Andy taking all the lumps and bumps and the distance into the equation. It’s now back to the daily grind and in no uncertain terms, the show must go on. 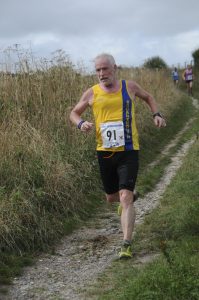