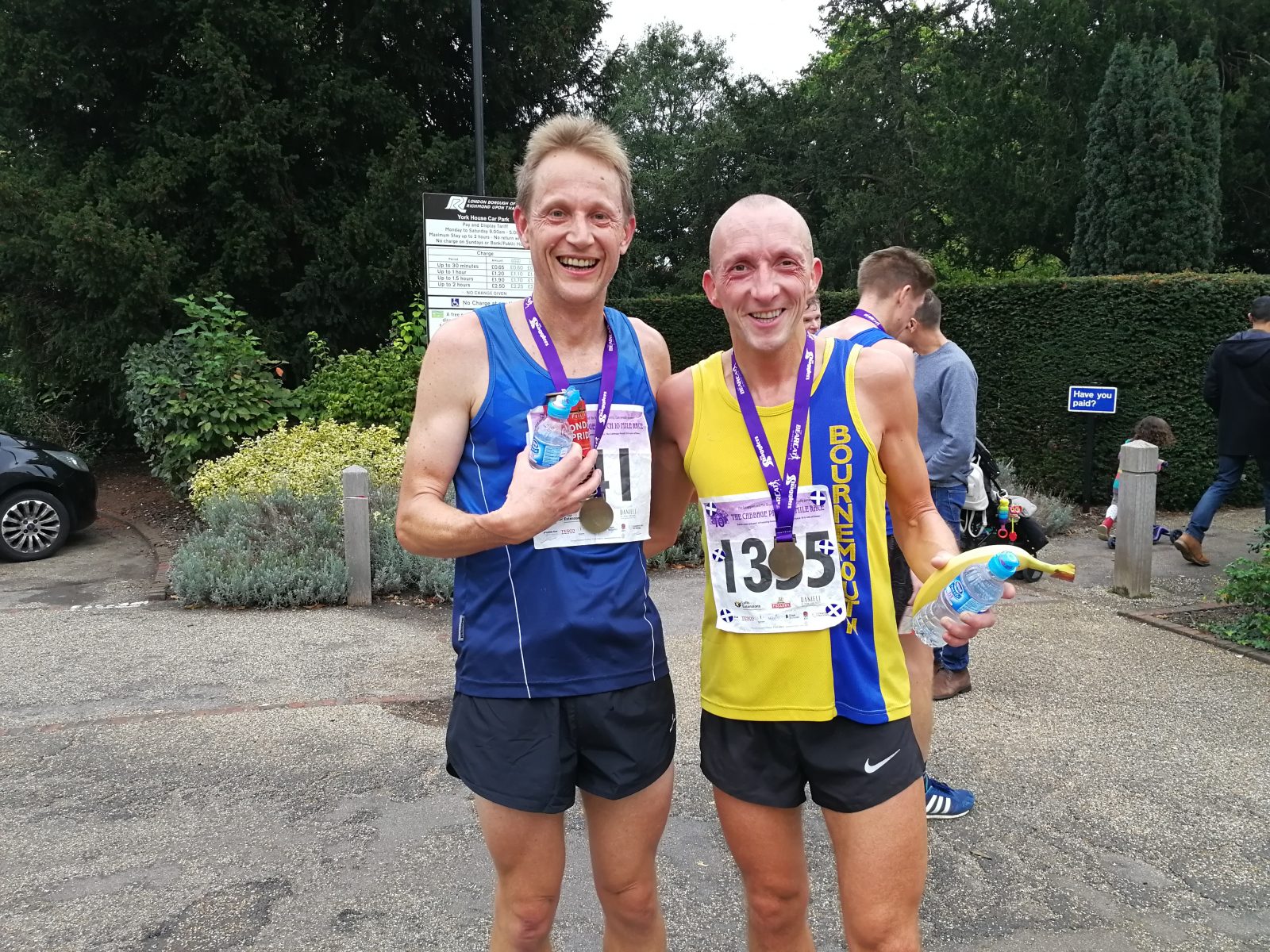 The Cabbabe Patch 10 is a 10 mile race steeped in history. The Twickenham based event has been going since 1982 and always attracts a strong field. Previous winners of the Cabbage Patch 10 include Mo Farah and Scott Overall and the course record of 46 minutes was set in 1993 by Richard Nerukar.

This year’s edition saw Graeme Miller try his luck on the fast flat course. The route consists of a mixture of road and towpath, crossing the River Thames at Kingston Bridge and Richmond Bridge before running along the riverside to the finish at York House Civic Building. 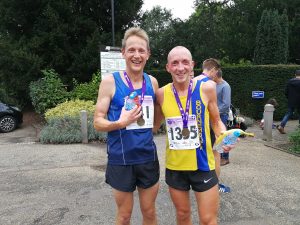 Although he knew it wouldn’t be a PB, Graeme has been hitting some good form of late and was hoping to break the hour mark provided his hamstrings behaved themselves.

After running the first few miles with Duncan Ward, who runs for Dorset Doddlers, Graeme was then dropped from the group and had to run the remaining 6 miles on his own.

Graeme is all smiles after a cracking performance, taking 26th place in a time of 59:04

Incidentally, Graeme’s 10 mile PB was actually set on his very same course in 2014, with a time of 58:07. Despite not topping that, he was still very happy with his performance this time round though and to finish less than a minute off his PB shows the Graeme is now beginning to recapture something very close to his best form.