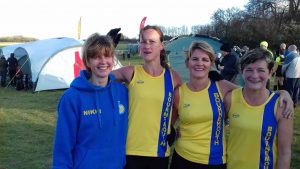 BAC‘s mens’ and ladies’ teams, both senior and veteran, were able to consolidate their respective league positions with some very strong performances at the third Hampshire Cross Country League fixture of the season at Popham Airfield, near Basingstoke, on Saturday 3 December. Ten senior and veteran men made their way round the 10k-ish course in good conditions, dry with a slight breeze, and even some sunshine. They were supported in other races by four of BAC‘s veteran ladies, but in other age groups, BAC was represented only by Tom Farwell in the U13 boys’ race – well done, Tom! The mens’ team was led by Jacek Cieluszecki, with Graham Robinson not far behind, and was completed by Steve Way, returning to form and 2nd V40 in the race, Anthony Clark and Marcus O’Toole, who is proving to be a very useful recent signing. The ladies’ team consisted of Nikki Sandell, Joy Wright, Caroline Rowley and Louise Price. In Division 1, BAC‘s senior men were 5th of 10 teams on the day, but, following the very strong performance at the last fixture in Bournemouth, are 4th aggregate for the season so far. In Division 2 of the veteran mens’ competition, BAC were 3rd on the day, and are 3rd aggregate, a satisfactory position considering a few years ago BAC were struggling to produce a veteran mans’ team at all. In the ladies’ competition, BAC‘s senior team was 9th of 15 teams on the day, and their aggregate position is 6th of 12 teams (which is excellent particularly considering our senior team is actually made up entirely of veteran ladies!), but in the veteran ladies’ competition our ladies continue to excel, 2nd on the day of 11 teams, 2nd of 8 aggregate for the season. In the individual rankings for the League so far, Emma Dews is 4th veteran lady, with Nikki 5th, BAC being one of only two clubs with two veteran ladies in the top 10.  Results (BAC): S/V Men: 14. Jacek Cieluszecki 33.25;  20. Graham Robinson 34.24;  32. Steve Way 35.08;  44. Anthony Clark 36.05;  71. Marcus O’Toole 37.57;  118. Simon Hearn 40.46;  138. Richard Brawn 42.29;  143. Jud Kirk 42.47;  153. Steve Cox 43.51;  180. Ian Graham 48.14: S/V Ladies: 25. Nikki Sandell 24.39;  65. Joy Wright 27.16;  70. Caroline Rowley 28.02;  80. Louise Price 29.05: U13 Boys: 30. Tom Farwell 14.33. 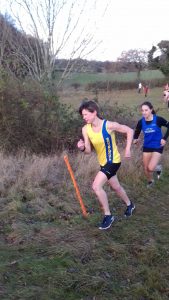 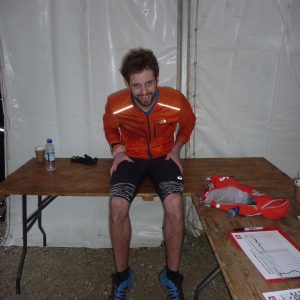 Three BAC athletes were competing in the Endurance Life events along and around Dorset’s Jurassic Coast on the same day.  Toby Chapman was perhaps the star of the day, winning the Ultra Plus race – all of 45 miles! – in a time of 7 hours 20 mins and 9 secs.  Toby says he “hit a dark spell at 33 miles but pulled through to reinstate a decent lead with some strong running to finish”.  In the Marathon race (apparently more like 28 miles!) Richard Nelson was 29th in 5 hours 6 mins and 22 secs, and Andy Gillespie 128th in 6 hours 32 mins and 1 sec.  Well done to all out three athletes for their participation in what is rightly described as a tough trail run. 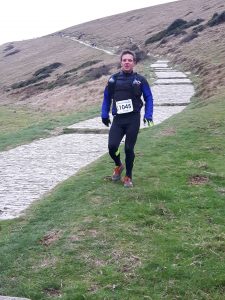 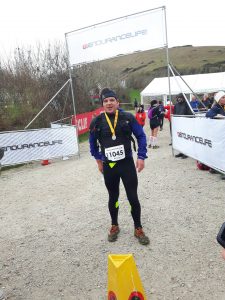 ……….and finished after 5 hours and 6 minutes

Every week ParkRun publish the top performances in all the Parkruns in the country, based on the age-graded results.  The details for the ParkRuns on Saturday 3 December show just how good was Yvonne Tibble‘s run at Blandford.  Yvonne‘s time was 20.30, and her age-graded percentage was 90.73%.  This placed her an amazing 5th in the age-graded rankings, and Yvonne was the fastest FV55 – these statistics relating to the entire country!  Well done to Yvonne, who at present leads the club’s 10k and 10 mile Championship Tables. 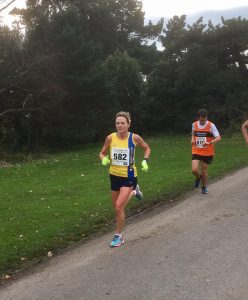 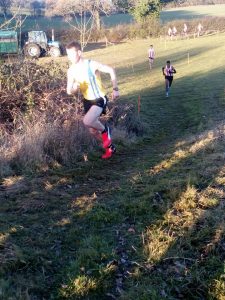 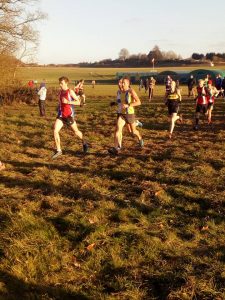 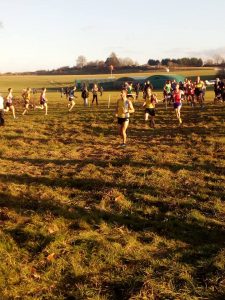 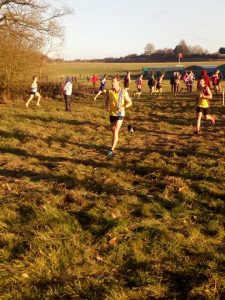 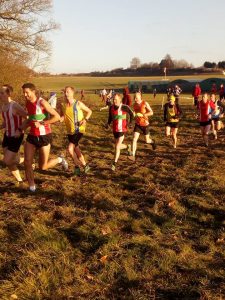 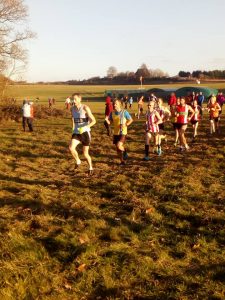 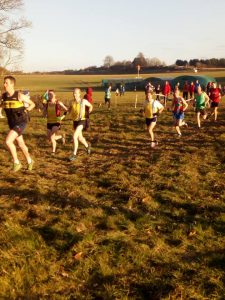 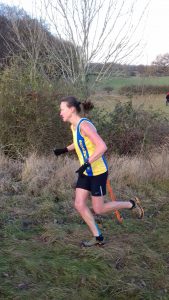 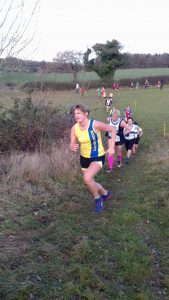 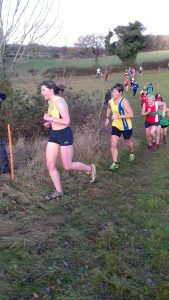