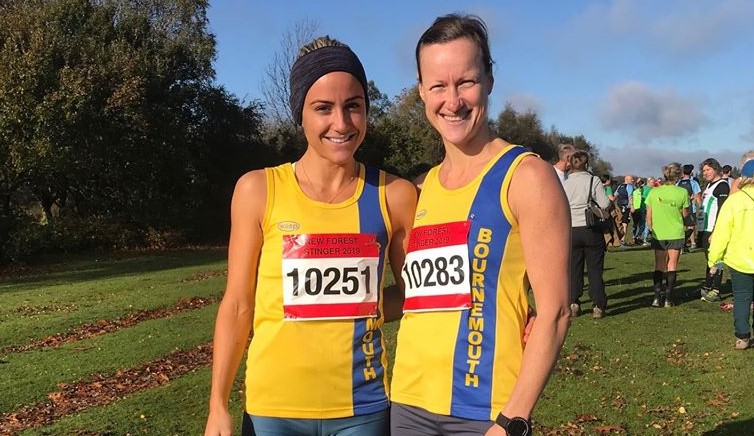 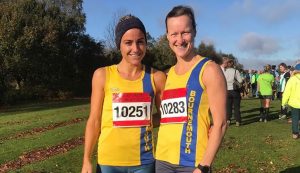 Harriet Slade and Joy Wright were doing it for the girls at the New Forest Stinger, taking on the testing but scenic 10-mile race

More often than not you’d find Harriet Slade and Joy Wright gliding round the track, working on their speed, concentrating on cadence and form and perfecting their technique for the Southern Athletics League events.

Therefore, they were a little out of their comfort zones when they headed over to Ocknell Campsite for the New Forest Stinger. The testing 10-mile multi-terrain route would have them heading along forest trails, through woodland and over open heathland. It was certainly a far cry from the smooth surfaces of the track.

For Harriet, it would also be the furthest she’d ever ran so for that reason alone she would be breaking new ground. As for Joy, she’d competed in the Great South Run two weeks earlier, finishing in 1:11:28, so she knew she was equipped to handle to distance.

Since the New Forest Stinger was an off-road route though featuring some tricky undulations, it was bound to be a sterner test than the GSR.

How it came about though was that Joy had already entered the race and was looking for some company so Harriet contacted the race organisers to see if there were any numbers going. Fortunately there was, which enabled Harriet to join Joy on the start line. And the rest, as they say, is history. 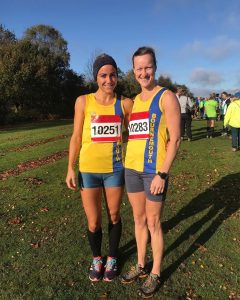 Even though she hadn’t run the distance before, Harriet agreed to join teammate Joy for the turbulent 10-miler

Considering she’d never done a 10-mile race before and hadn’t really trained for it, Harriet took to it like a duck to water. At the New Forest Stinger they tend to split the results between men and women.

In last year’s race, Emma Caplan took the title of 1st lady and finished in 5th place overall. That was only a few months after she’d given birth as well so it was a fantastic result for her.

Out of the women though, Harriet performed incredibly to finish in 2nd place, reaching the line in a time of 1:13:14. That was quite some achievement for her in her first stab at the distance and she was over the moon about it. 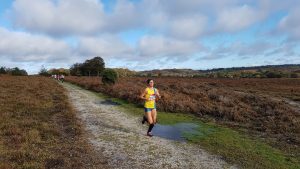 The only lady that could get the better of Harriet was Joanna Colley of Cambridge Coleridge. She completed the course in a time of 1:12:50, narrowly pipping Harriet to the post by just 24 seconds.

There was more good news to come though for the Bournemouth AC pair when Joy came across the line as 7th placed lady in a time of 1:20:26. 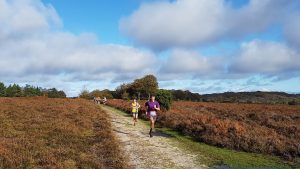 Of course, it was nowhere as quick as she managed at the Great South Run but the New Forest Stinger is a an altogether much tougher proposition and that was reflected in her time.

Joy finished four seconds ahead of Sharon Shaw of Poole Runners who was 8th lady in 1:20:32. A total of 233 runners successfully completed the course, with 96 of them female and 137 male. 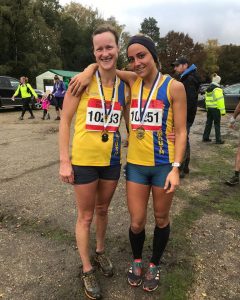 As well as collecting the prize for 2nd place, Harriet also claimed 1st place in the Under 40 category, which in a way she was more proud of since she has such a winning mentality. 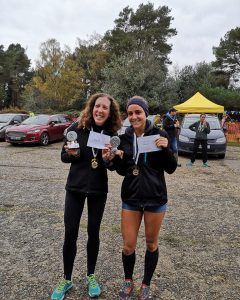 After the race Harriet felt quite emotional. It’s all part of a huge personal journey she’s on at the moment and running plays an important role in that. It’s clear to see that and her successes mean a lot to her. 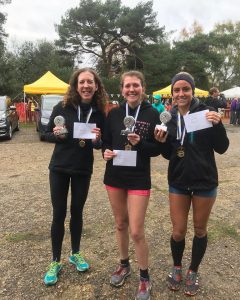 The top three ladies, including Harriet, on the right, were all smiles after receiving recognition for their efforts

Originally Harriet was on the list for the Wimborne 10 but she’s swapped with Joy so she can focus on the Boscombe 10k which takes place the weekend after. Joy will now line up for the Wimborne 10 which will be her third 10-mile race in a space of a month. 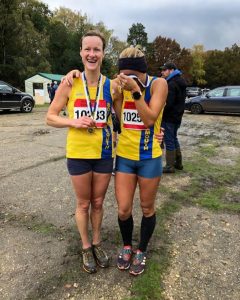