Harry and Emma spin in for the win at Huntsman Tri 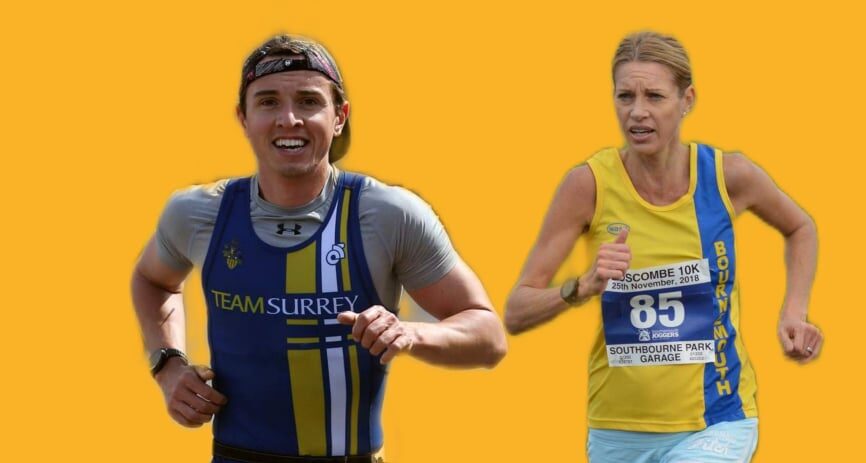 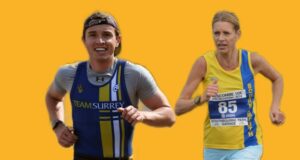 On a notoriously fast course, Harry Smith and Emma Caplan were vying for the top positions at The Huntsman Tri with Harry taking on the Standard Distance Triathlon and Emma doing battle in the Duathlon

Coming in off the back of a few very strong duathlon performances, Harry Smith had good reason to be confident heading into The Huntsman Tri event where he was competing in the Standard distance triathlon. That meant he’d be undertaking a 1100m swim, a 33km cycle and a 10km run.

The previous weekend, Harry had recorded his first race of the season at the TrailX Spring Off Road Duathlon at Matterley Basin in Winchester. In that event, as well as both 5k runs being on trail, there was also 14km mountain bike section which was also off-road.

In that event, the runs were downhill for the first half and uphill for the second half, so not easy at all. The race featured socially distanced mass start so Harry knew whereabouts he was at all times.

Completing the first run in 20 minutes and 18 seconds, he was comfortably in the lead with an almost two minute advantage over his nearest rival. 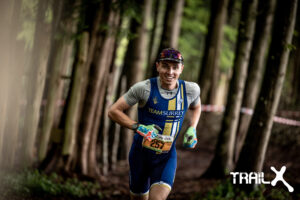 On the bike section though, David Bone of Racing Club Ravenna who had finished 2nd on the run managed to catch Harry up and overtake him, going five minutes quicker.

Luckily Harry had been super quick on the transitions which saved him almost a couple of minutes on David but he was still behind going into the final run so the race was on.

Harry really excelled on the runs though and he was able to arrest the deficit between himself and David and get back into the lead. Getting round in 22:01 for the second run, he’d actually gone 2 minutes and 42 seconds quicker than David. 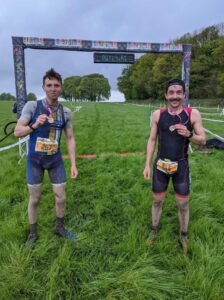 With a final overall time of 1:27:44, Harry picked up a hard fought but well run victory, with David have to settle for second place in the end with a time of 1:28:57. 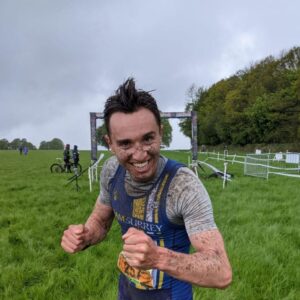 As for Emma, she’s currently training for the Ironman 70.3 in Weymouth in September and has been putting in some very good training for that of late in all three disciplines.

That has included some mammoth bike rides as well as some good long runs off the back of them. She’s also been running well in the Tuesday night interval sessions at Bournemouth AC as well.

In early April she ran a virtual 10k time of 37:33 at the Runderwear Festival of Running which demonstrated her supreme level at the fitness.

At the Huntsman Tri event, she was featuring in the Duathlon which consisted of a 5k run and a 33k bike ride, followed by another 5k run.

The location for The Huntsman Tri event was Ellingham Drove in Ringwood in an area that was formerly a famous hunting playground of William the Conqueror.

The swim was in Ellingham Lake, with bike part heading through the New Forest National Park and the run was over fairly flat, quiet country roads.

In the Standard distance triathlon,  considering he’d only done two weeks of training in the water, Harry did extremely well in the swim, completing the 1100m in 20 minutes and 12 seconds. That put him second fastest out of anyone, only bettered by Ashley Scott who did it in exactly 20 minutes.

After a 1 minute 47 second transition, Harry was onto the bike sector, where he blasted round the 33km route in 55 minutes and 35 seconds, despite the wet conditions. 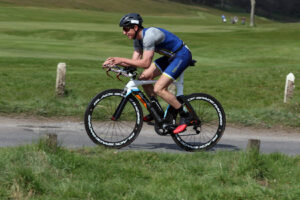 That meant he was second fastest on the bike as well, with only George Comins able to better that time. George was just under a minute quicker which put the two of them very close overall, after Harry had been just over a minute quicker on the swim. George did have slightly quicker transitions than Harry though.

After a 1 minute 44 second transition, Harry was onto the run. This was where he was most likely to gain the most ground on his rivals – and so it proved. 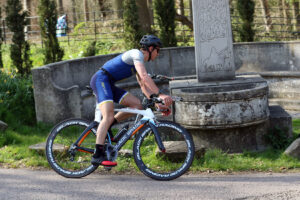 Completing the 10k in 32:57, Harry was the fastest in the field and crucially, he had done enough to secure the win. In fact, he was almost two minutes quicker than George on the run.

With a total time of 1:52:15, Harry had claimed a remarkable victory, with George’s finishing time coming up as 1:53:22. That give Harry a 1 minute 7 second winning margin. There was 132 athletes successfully completing the Standard distance tri on the day. 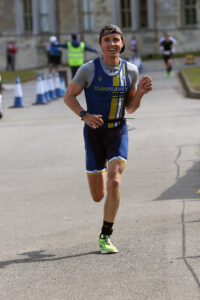 In the Duathlon, Emma completed the first run in 16 minutes and 4 seconds. That was the fourth quickest in the field, but comfortably faster than any of the other women, giving her over two minutes advantage on her nearest rival.

After a transition time of 45 seconds that was way quicker than anyone else’s, Emma jumped on the bike. The cycle was the same distance as it was in Harry’s race, so 33km. 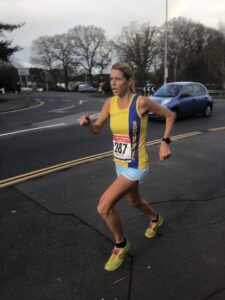 Completing that in a time of 1:06:17, Emma was 5th quickest overall and again, two minutes quicker than her nearest female adversary. After a 58 second transition, Emma was then out on her second run.

With a time of 16:51, Emma was third quickest overall on the run and around 1-and-a-half minutes faster than Davina McLelland who was her closest female rival.

That culminated in a final time of 1:40:57 for Emma which put her 4th fastest in the overall standings and gave her a very comfortably victory in the women’s race. She had an winning margin of almost 7 minutes on Davina in the end, who finished 6th overall with her time of 1:47:52. 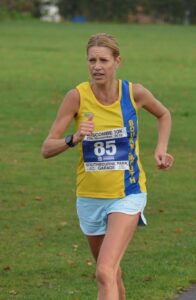 Although it wasn’t a huge field for the Duathlon, with only 14 competitors taking part, it still served as a very good training exercise for Emma and should hopefully serve to give her a bit more confidence going into races.

It had certainly proved a successful day for both Harry and Emma and showed that Bournemouth AC possess some very good multi-sporters as well as high quality runners. 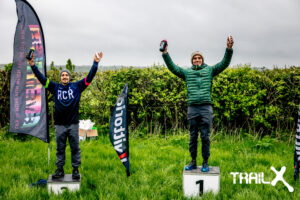