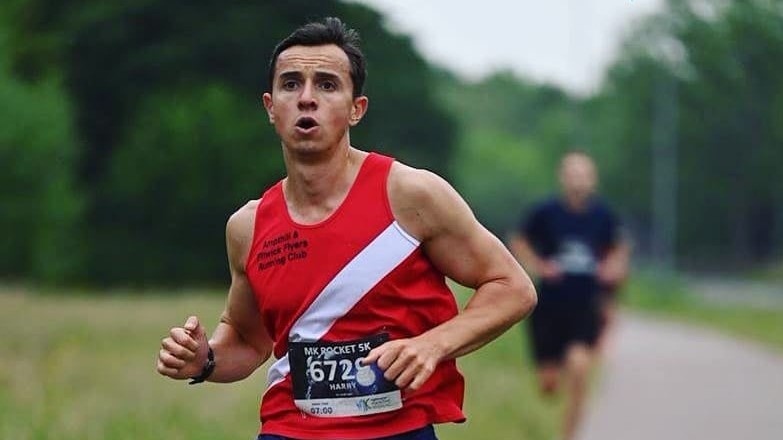 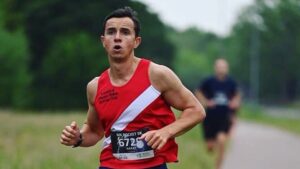 With triathlon and duathlon wins already in the bag, Harry Smith had high hopes of a big performance in the MK Rocket 5K

Coming off the back of recent wins in the Huntsman Standard Distance Triathlon and the TrailX Spring Off Road Duathlon, Harry Smith went into the MK Rocket 5K high on confidence and keen to see what sort of time he could produce in a regular running event.

The MK Rocket 5K is part of the Milton Keynes Marathon Weekend, along with the Turing 10k, a Half Marathon and a Marathon. It was the ideal race for Harry since he has family in Milton Keynes and took him back to where he previously lived before moving down to Salisbury.

Also the course is on a downhill trajectory and includes very little elevation so it lends itself to the possibility of a fast time. And it wasn’t an opportunity that Harry was going to miss.

The race started near the XScape centre and finished inside StadiumMK. In line with COVID secure protocol, the start was done in waves which meant that by the time he started, Harry already had some people in front of him to pick off. 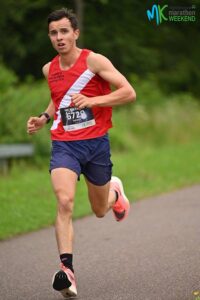 Making an explosive start, the first mile of the course was really quick and Harry blasted through that in 4 minutes and 46 seconds. It really was a mightily impressive show of speed.

He knew the second half of the course would be a lot tougher as there were lot of sharp corners, underpasses and road crossings to contend with.

Despite that, Harry managed to maintain a very high pace, getting through the second mile in 4:52. He then followed that up with a 4:55 for the third mile which left him with only the final 0.1 mile left. 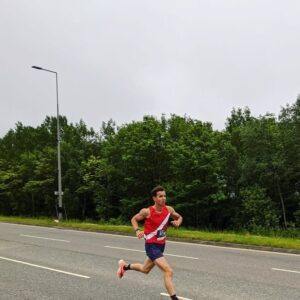 With an astonishing average pace of 4:51, Harry crossed the line in an official time of 15 minutes and 2 seconds, which was a huge personal best for him.

Not only that, it was also a new course record and was enough to earn Harry the race win, by a very comfortable margin. The only other man to get inside 16 minutes was Matt Kitching of Queens Park Harriers who clocked a time of 15:35.

It really was a monumental performance from Harry and had he known he was so close to a sub-15, he would have perhaps dipped for the line. 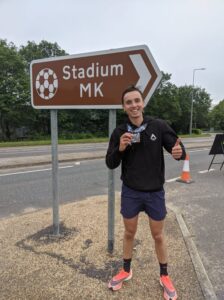 Harry certainly earned his medal with a very polished performance

It certainly showcased how well Harry is running at the moment though and gave an indication of the great things he’s going to be capable of going forward.

If he was to do an event surrounded by others of a similar ability to drive him on, Harry would surely have a sub-15 in his locker, so no doubt there are exciting things to come from him when he gets the chance.

There were a total of 629 runners taking part in the Rocket 5K and Harry’s Dad was also among them. He finished in a time of 23:38 which was his fastest run for quite a few years and put him 5th in the over 60 category. 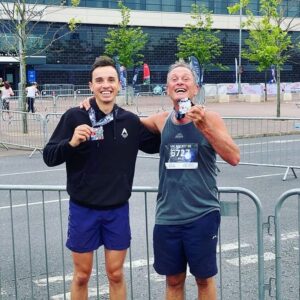 All-in-all, it was a fantastic day for the Smiths and one that Harry will look back on very fondly. It was certainly a performance that was worthy of the name Rocket 5K!!

He’s still scheduled to be action at the Eastleigh 10k in August if it finally goes ahead this time and given what he’s now produced in a 5k, it’s going to be very interesting to see what he can conjure up over the 10k distance. 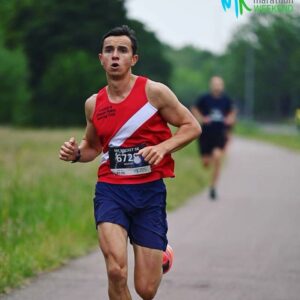