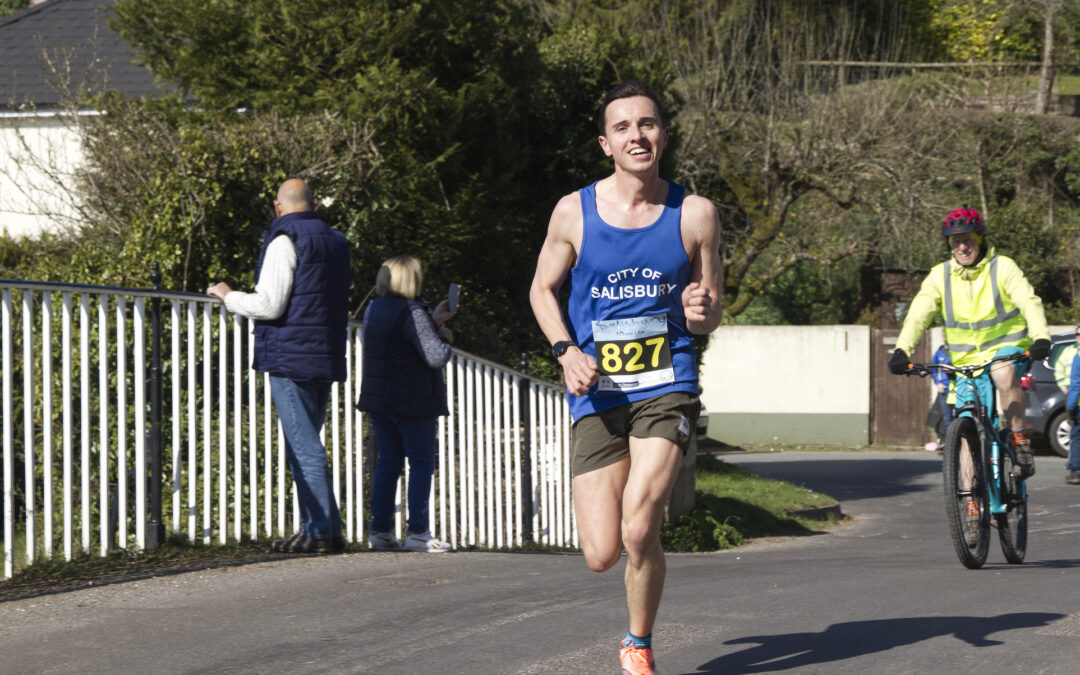 If he was going to be brining anything close to his best form to the table in the Salisbury 10 then Harry Smith was surely going to be one of the lead contenders for top spot. However, since it was a Hampshire Road Race League fixture, there was bound to be some decent competition as the clubs in the league look to get one over on each other.

It was the weekend after Harry turned in a magnificent display in the South of England Road Relays, gaining six places for the team throughout the course of his 8.66km leg which he whizzed round in 27 minutes and 39 seconds.

Ever since Harry joined Bournemouth AC it’s been clear that he has something special about him and that he was destined for big things and on 22nd January he confirmed that when he ran the fastest parkrun in the country for that day.

Blasting round Poole parkrun in 14:48, he gave a true glimpse into the levels he is capable of tapping into. At an average pace of 4:44, it really was an extraordinarily impressive showing of speed.

It’s not just on flat tarmac courses that he’s fast in either. Harry actually comes into his own on a cross country course and as far as he’s concerned, the tougher the conditions, the more he’ll excel.

He showed that by recording two top ten finishes in the Hampshire League Cross Country which is incredible given the sky high standard of the field. it’s very rare that the club has anyone finishing that high in that competition.

Harry mainly tends to focus on short distance races but he does do the odd ultra marathon as well. He kind of enjoys ultras he feels the vibe is a little more relaxed and he can afford to go at a pace which for him seems relatively slow.

Compared to others though, it still tends to be relatively quick, as he showed when he won the Run to the Sea 50k on his Bournemouth AC debut.

10 mile races are perhaps slightly out his comfort zone though, given you still have to try and run fast in them but you have to do it for a longer distance. The last one he competed in was the Great South Run in October when he finished in 36th place in a time of 54:04. 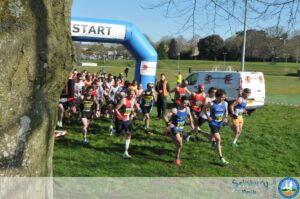 The race gets underway with Harry immediately taking to the front

The Salisbury 10 follows a scenic route north of Salisbury, heading along the banks of the River Avon and through the mildly undulating Woodford Valley which features nice views of the cathedral spire on the way back.

Harry had been suffering from a mild ankle injury of late so he had that taped up and was hoping it wouldn’t cause him any problems as he went round. Setting off at a blistering pace, Harry was soon out in front, registering a 5:03 first mile. 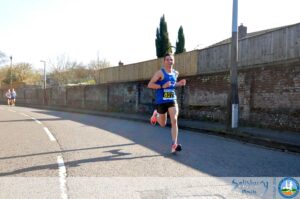 His pace then settled down a bit in the second mile but it was still quick, getting through at 5:15 pace before hitting a slight incline on the third mile. It wasn’t enough to slow him down too much through and he went through that in 5:26 before dropping back down the hill in the fourth mile where he as back to 5:14 pace. 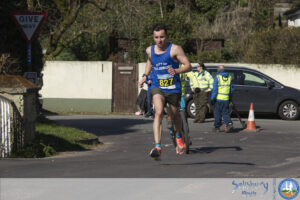 The next four miles included some undulations that would have killed the pace a bit for most runners. Harry still went through them all at between 5:24 and 5:33 pace though so he was still going very well. 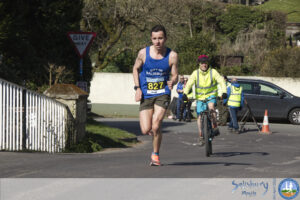 Harry was too quick even for the lead bike!!

The last couple of miles were pretty flat and that gave Harry the chance to give it full throttle and end the race with a 5:08 and a 5:09. Even though he’d run so well, it wasn’t an easy win for Harry though. 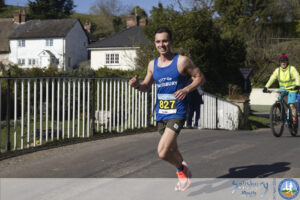 He could feel the guy who was in second place, Ben Saunby, of City of Salisbury, breathing down his neck. That spurred him on to crank the pace up in the latter stages in order to make sure of the win. 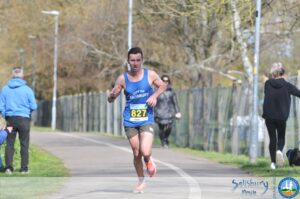 Knowing that the gap wasn’t huge, Harry had to keep his foot on the gas in the latter stages

He did just that, crossing the line in a time of 53:14, which gave him an average pace of 5:19 minutes per mile. That was enough for a gap of 29 seconds over Ben Saunby who was runner up. Sebastien Hoenig of Lordshill Road Runners was 3rd in 54:08. 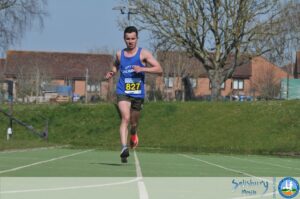 It was 50 seconds quicker than his Great South Run time as well so a very good result for Harry, all things considered. He had encountered a bit of a stitch toward the end of the race but that was to be expected, given that he’d been targeting shorter distances. 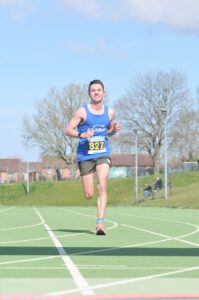 Harry was representing City of Salisbury in the race having signed up as second claim. Since he lives in the area he usually tends to train with them on Tuesday nights so it made sense to do that.

Him winning the race was actually a good sign for Bournemouth AC though as they will be competing in the Hampshire Road Race League next season, with the fixtures running from September to June. 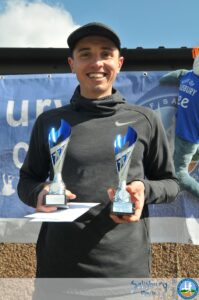 That will mean an exciting list of new races to spark the life into some of the existing club members and perhaps entice them out to compete for the club again. And with runners like Harry in their ranks, the yellow blues should provide some strong new competition for the regular clubs to contend with.

Next up for Harry, it was a trip up to Sutton Coldfield for the National Road Relays after the BAC squad that he was part of achieved qualification to perform on the big stage. Harry was hoping he would once again be able to conjure up a magnificent performance and give the team a lift. 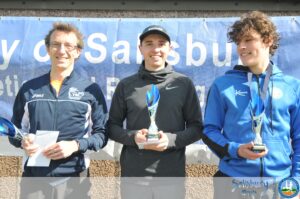 Harry picks up his trophy after a barnstorming run