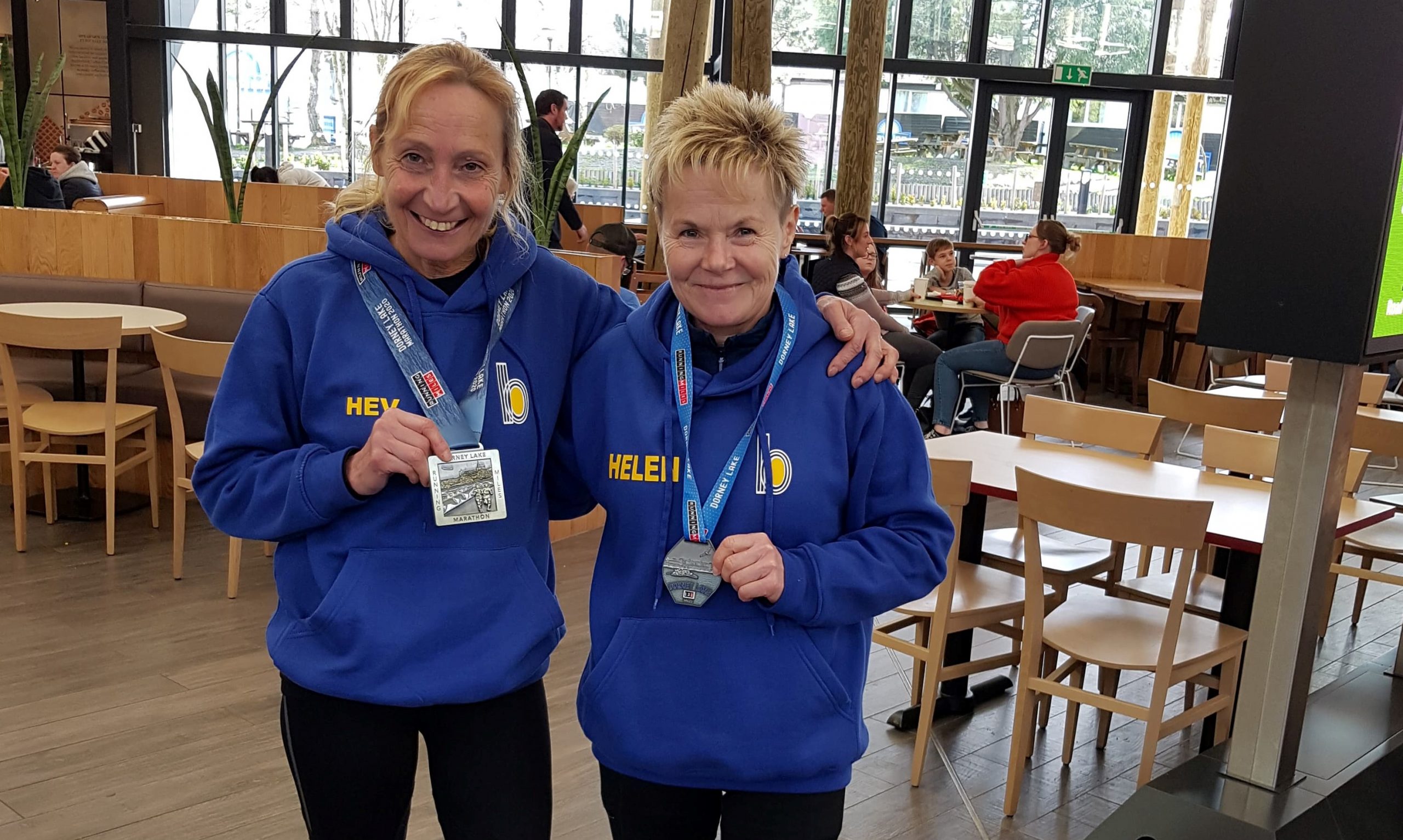 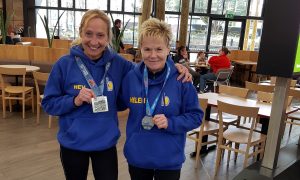 If running up and down by the side of a lake several times is your bag then the Dorney Lake Marathon and Six Hour Challenge is probably the event for you.

The marathon consists of ten out and back laps of the private driveway through the nature reserve at Dorney Lake. As for the Six Hour Challenge – that’s basically as many laps as you can fit in or want to do within the timeframe.

Dorney Lake is a renowned world class rowing venue but it also makes a pretty good base for a running event as well, providing a nice long stretch of flat ground with a superbly scenic backdrop.

That was enough to entice two of Bournemouth AC‘s most celebrated divas over to take part in the proceedings. Heather Khoshnevis had signed up for the marathon race and Helen Ambrosen was going for the Six Hour Challenge.

As they arrived at the event, the ladies knew they faced several laps alongside the lake so endurance would be absolutely key, as would mental strength to a certain extent. Luckily that’s something Heather and Helen have in abundance.

Over the course of the event, they had all seasons thrown at them. Warm sunshine, cloudy outbursts of rain, plenty of wind and even a bout of sleety hail.

That didn’t stop Heather from blasting her way through the ten laps in a scintilating time of 3 hours 28 minutes and 54 seconds. That was enough to see her take 5th place overall out of the 54 who completed the marathon distance. She was also 2nd placed lady finishing just 28 seconds behind Robyn Falck who was 4th overall.

Once again, the power of the fabled yellow and blue vest seemed to give Heather an extra lift as she managed a 13 minute improvement her previous best time having done the event twice before. 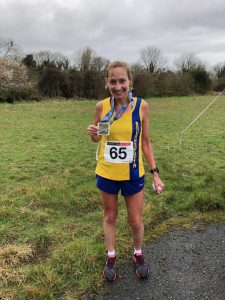 Heather ran well to complete the full 10 laps to reach marathon distance in 3:28:54 which put her in 5th place overall

It was Heather’s 134th official so she is something of a seasoned veteran when it comes to going the distance. In 2019 alone she completed at least ten different marathons which says a lot of her running prowess, enthusiasm and tenacity.

During the six hour challenge, Helen completed five laps, totalling a half marathon distance. She probably would have done more but was just recovering from a cold at the time so didn’t feel she should push it too much.

That was still a good solid two hours worth of running for her so she was pleased to get that under her belt. She completed the five laps in a time of 2:00:51.

Michael Stocks was the overall winner of the Six Hour Challenge, completed a massive 44.5 miles of the duration. Robert Simonfi was 2nd with 36.7 miles with David Goodwin 3rd on 34.1 miles. He was level with Kristian Tierney but did it in quicker time.

Szabine Simonyi was the leading lady, completing 31.4 miles, putting her 7th overall. Dimi Booth and Margaret Husein were 2nd and 3rd lady respectively, with both finishing on 28.8 miles, although Dimi had a faster time.

Heather and Helen stopped off at the service station on the way back where the young Costa assistant asked if they had attended a stag do. They were both wearing their BAC hoodies with their names on it so that provoked the question. Heather assumed he meant hen do though! If they had been, running so many laps up and down next to Dorney Lake would have been an interesting choice of hen do activity! 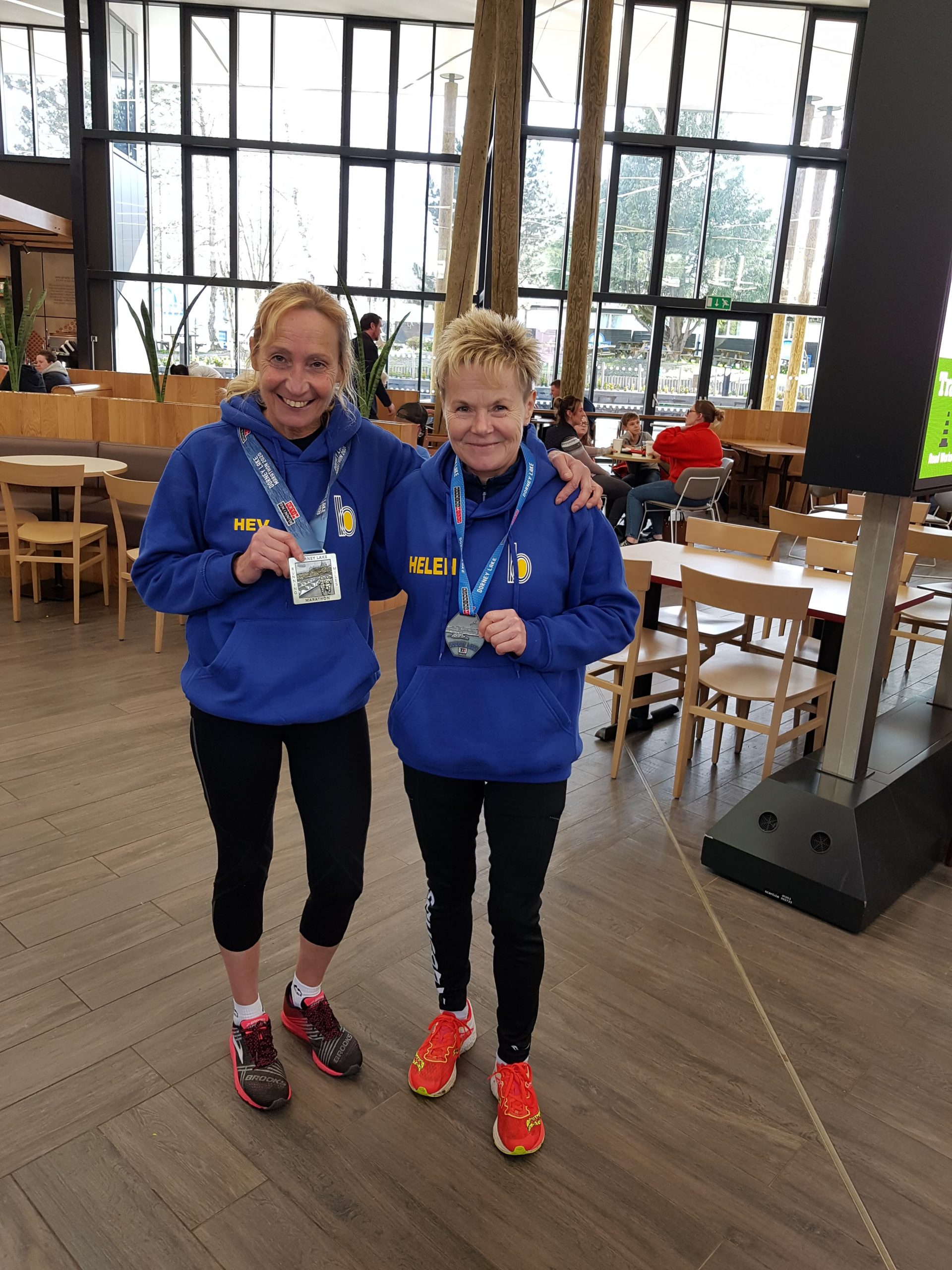