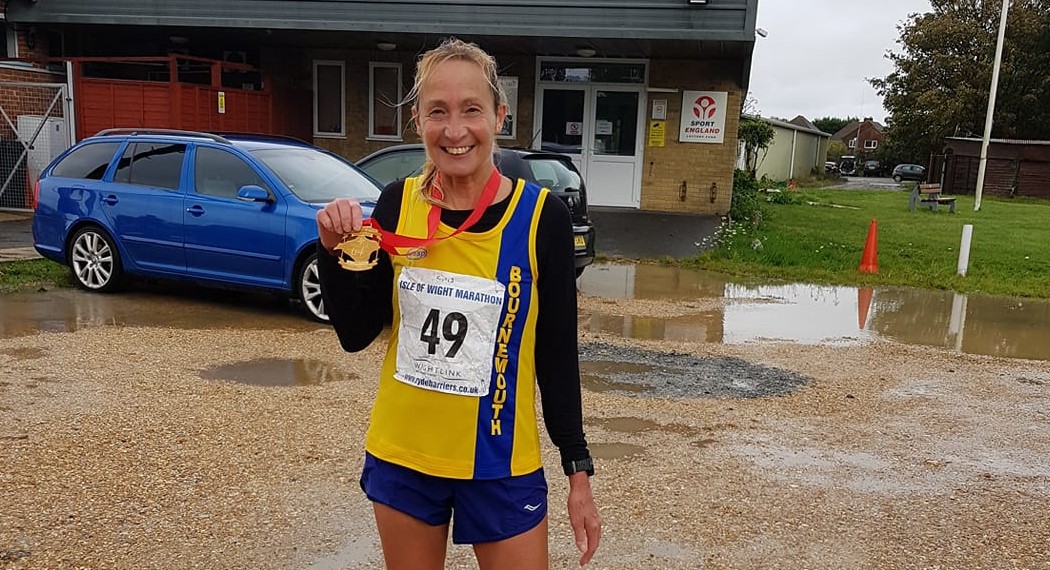 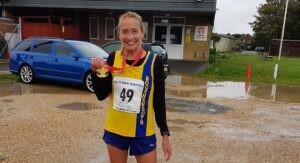 It was a perfect day. The sun was shining, the birds were singing and a gentle autumnal breeze enthused an air of calmness and tranquility… That was how Heather Khoshnevis might have envisaged it when she signed up for the 64th edition of the Isle of Wight Marathon on the first weekend of October.

Sadly though, Storm Alex had other ideas as it swept over the southern reaches of the country bringing with it a ferocious wind, persistent rain and a biting chill in the air.

It was certainly less than idyllic conditions for Heather and the other 170 or so runners looking to get through the 26.2 mile route from Cowes over to Freshwater and back on the north-western side of the island.

As she sat in the car waiting to be called to the start line she could feel the whole vehicle rocking in the blustery wind and when she made her trip to the portaloo it felt as if she was in Doctor Who’s Tardis about to take off!!

At that point there was certainly a temptation to just sack it off and head home but Heather convinced herself and the others she was with that the weather would improve and she’d regret giving in to it.

Plus there were so many other runners there who had stayed and seemed determined to get out there and do what they came to do. If there’s one thing Covid-19 has taught runners it is that races are not be taken for granted. If you get the opportunity to take part in a real race, with real people, you have to seize it and make the most of it.

So, when she got the call, Heather gingerly proceeded to the start line to get her race underway. It was her 136th marathon and in all those previous races, she can’t have done many in worse conditions than this.

Once she got going though, there was only ever going to be one outcome. As she made her way along the undulating, rural roads, in the teeming rain, with the gusty wind penning her back, she was probably wondering why on earth she was putting herself through it.

Anyone who is capable of completing 135 marathons though clearly has plenty of character and determination and that day Heather demonstrated it in abundance.

Crossing the line in a time of 3 hours 51 minutes and 34 seconds, Heather came in in 54th position overall and was 7th quickest lady. That was enough to net her the F60 category win as well, which made the ordeal she’d had to go through that much more worthwhile.

All things considered it was an excellent performance from Heather and one that she could be immensely proud of. She’d gone almost 15 minutes quicker than she’d run in the New Forest Marathon two weeks prior as well so that was a pleasing improvement for Heather, although being on the road for the entire duration would have helped somewhat.

At the time she was doing it, Heather almost felt like giving up running, but once she got home, showered and dried with a huge plate of food in front of her she felt very differently.

That was the point at which she smiled to herself and realised she was either a hero, or an absolute nutter!! Or perhaps even a quintessential blend of both. Either way, it was a good feeling. 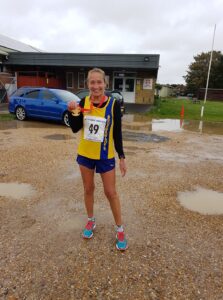