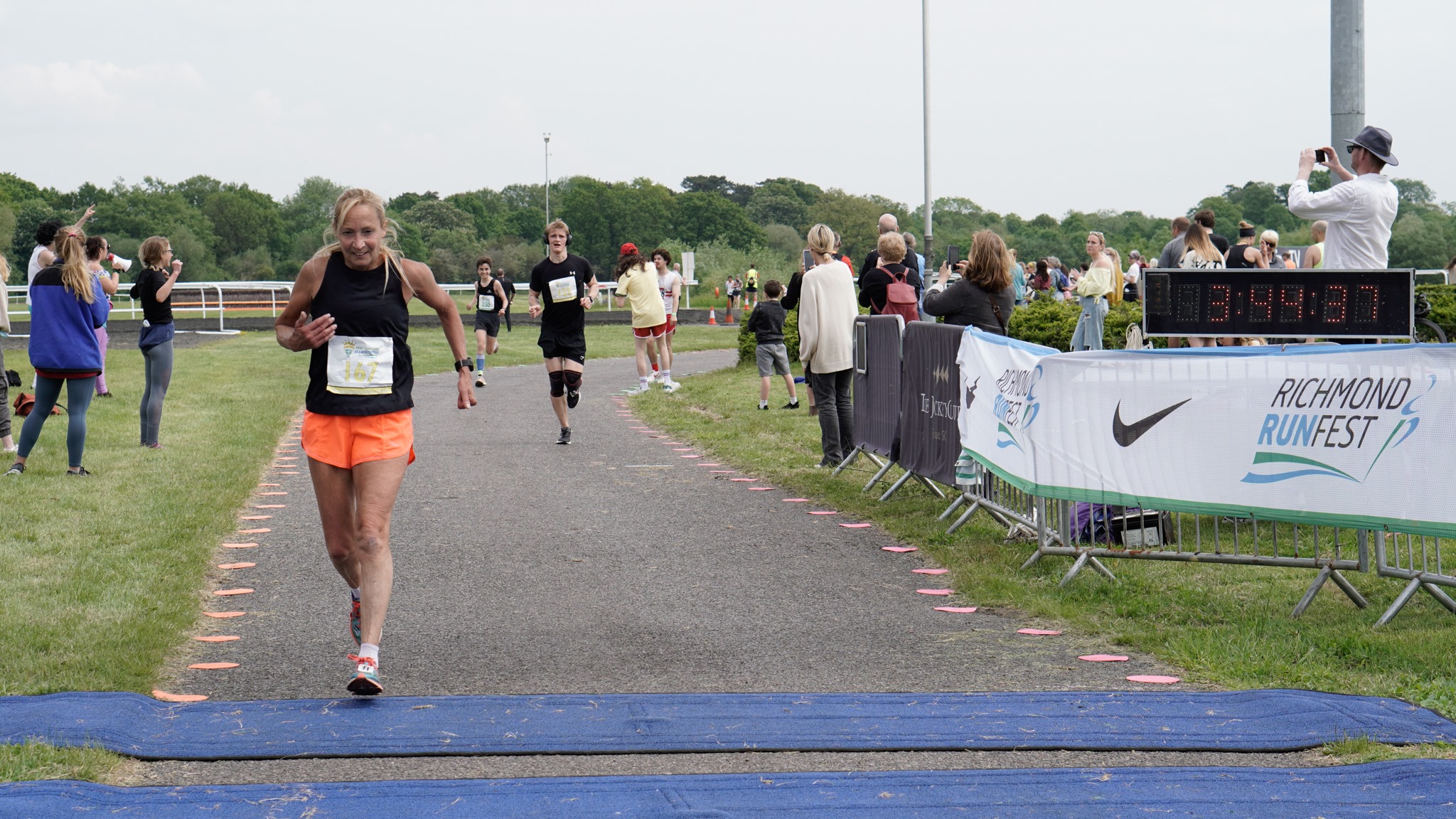 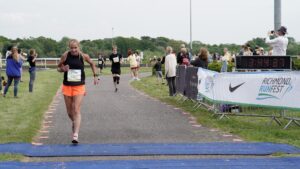 Towards the beginning of the year a day at the races would have seemed a very distant and unrealistic prospect. Fast forward six months and with the vaccine rollout going swimmingly it seems like life is slowly getting back to normal.

That includes running races of course, where events are beginning to pick up and the opportunity to get back on the start line and feel that adrenaline buzz of competitive racing is becoming more accessible.

Approaching it with a degree of trepidation, Heather Khoshnevis was set to be back in action at the Kempton Park Marathon. The thought of standing back on the start line of a race frightened her somewhat though as she wasn’t sure how it was going to go.

It had been eight months since she last took part in an actual race, dating back to early October last year when she ran the Isle of Wight Marathon on a very stormy weekend.

Of course, it wasn’t the atrocious conditions that put her off getting back out there though. It was just the restrictions that, for a very long time, prevented any real races from taking place. 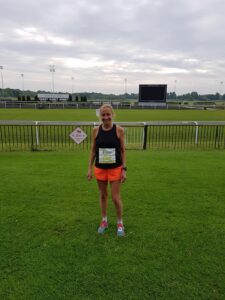 Heather is a seasoned veteran when it comes to marathons and this was to be number 137. She knew she had the mileage under her belt but most of her training runs had been at a quite leisurely pace so to be thrust back into the pressure of a race situation was something quite different.

The race was located at Kempton Park Race Course and it had a real horse-racing kind of feel to it. Consisting of an eight-lap course, the route was pancake flat and predominantly on tarmac. 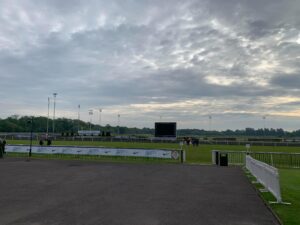 Each lap was 5k and Heather made a solid start, getting through the first one in 24:25. The left only seven more to go! The next one was similar, with Heather getting round in 24:33.

She then followed that up with a 25:20 third lap and a 25:38 for the fourth lap. It was a good consistent effort from Heather for the first half of the race. Now it was a question of seeing what she had left in the tank for the remainder of the proceedings.

She continued strongly, posting a 26:41 for the fifth lap and a 27:04 for the sixth lap. That left just two laps left to complete the marathon. 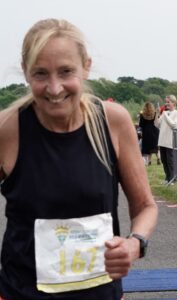 Thoroughly enjoying the race, Heather was thrilled to be allowed to talk and stand next to people again. The relaxed, fun atmosphere really helped her as she was going round, grinding out the laps. 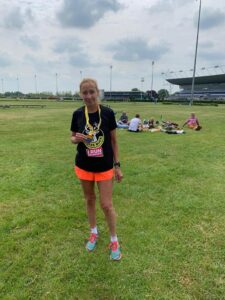 Heather found it great fun to be out there racing again

Kempton Race Course was a beautiful setting as well which made it even better and the organisation of the event was smooth and slick.

Heather’s time was eight-and-a-half minutes quicker than she ran in the Isle of Wight Marathon, although of course the conditions were horrific that day and it was a hillier course. 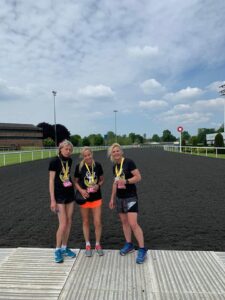 It was also 6-and-a-half minutes quicker than she ran in the Richmond RunFest Marathon in 2019, which was the same event but in a different location. 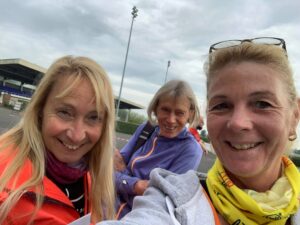 These ladies have racked up an incredible 315 marathons between them!!

It felt it was great to Heather to break the ice and get back on that start line and she’s now looking forward to her next marathon conquest which is the Hampshire Hoppit on this coming Sunday. 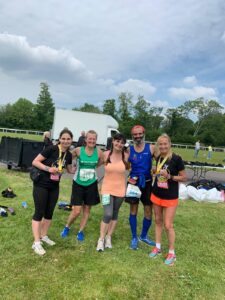