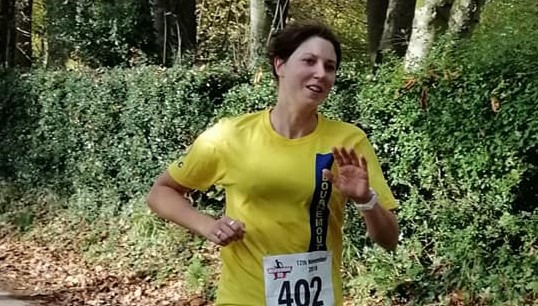 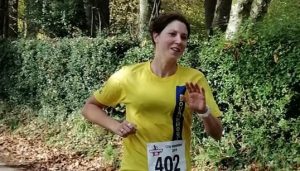 Hoping to find out where her endurance was at after very limited training, Helen O’Neile took on the four five-mile laps route at the Hillingdon 20

Having achieved Championship qualification for the London Marathon with her sub-1:30 time in the Ras Al Khaimah Half Marathon in Dubai last year, Helen O’Neile was hoping to have a tilt at a sub-three marathon in April.

Unfortunately, the her 2020 season had barely got off the ground after she found herself in a constant battle with an achilles injury. Despite experiencing pain virtually every time she laced up her trainers, Helen desperately didn’t want to give up on her marathon dream.

Although the injury had caused her to train on a very minimalistic basis, she still managed to achieve some good results, finishing as 3rd lady in the Junction Broadstone Quarter on New Years Day. She was also 43rd in the Southern Cross Country Championships, which was a fantastic result in a field of that standard.

Whilst she had managed to attend some of the track sessions put on by Bournemouth AC coach Tom Craggs on Tuesday nights, she had barely got out for any long runs. Therefore, going into the Hillingdon 20 it was really a step into the unknown for her.

For a start, she didn’t know how her injury would hold up, and also, she wasn’t really sure where her fitness would be at in a long distance run. Nevertheless, she was determined to give it go.

The route for the Hillingdon 20 was a five lap course which the competitors would undertake four times. Helen’s grandma actually lived in a house that was on the route, so she knew she’d have some support from family each time she went past.

Originally she was thinking she’d only do three laps max since she hadn’t really done any long distance training runs and had to be cautious with her achilles as well.

After the first lap, she was going well and was looking at sub-3 marathon pace. Of course, it was still early stages though. She continued on for the second lap and impressively, she once again averaged around 6:45 pace which put her bang on target. 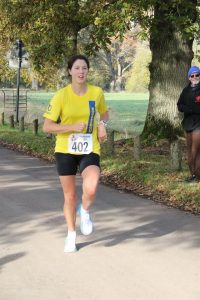 Helen’s gran lived on the route so she knew she’d get some good support along the way and even stop off for a quick cuppa if she needed one!

She was convinced the next lap would be her last one and again kept up a remarkably consistent and solid pace. She had been comfortably under 6:50 pace for every mile of that laps, other than the one the hill in it.

When she got round to her gran’s house she was intending to stop there but her mum urged her to keep going and see it through to the end. She was still feeling pretty good so she thought why not, and carried on for one final lap.

Once again, her pace was extremely impressive over the course of the five miles and she saw the race out very strongly. Getting over the finish line in a time of 2 hours 17 minutes and 10 seconds, Helen had done it. She’d managed it at sub-three marathon pace, finishing with an average of 6:49.

That put her in 45th place out of 415 participants who successfully completed the distance. She was also 3rd female overall, which was a quite flabbergasting result under the circumstances. Naturally, Helen was really pleased with her run and was very thankful that her ankle had held up.

It was only Annabel Gummow of Winchester & District who was 4th overall in 2:00:35 and Jen Granger of Southampton who was 16th in 2:06:17 who finished ahead of her.

The overall race was won by George Suthon of Serpentine in a time of 1:56:56. He was followed by John Borton of Thames Valley Harriers who finished in 1:59:00. Jonathan Horan of Ealing Southall Middlesex was the only other man to get in under two hours, finising in 1:59:44.

Considering the lack of training and extremely patchy preparation Helen had had before the race, it was a quite remarkable result that she was still able to run 20 miles at sub-three pace. That would have given her every chance of doing it on the big stage at London.

Due to her injury and the havoc it had caused with her running over the year so far though, Helen was still unsure whether she would actually end up taking to the start line and was contemplating focusing on an autumn marathon instead when she would really be able to do it justice.

Therefore, for her, the fact that London was postponed hasn’t come as such a blow. She now knows that if she can fully recover from her injury and put together a proper block of training, she has the potential to produce an outstanding time at London in October. At last the coronavirus cloud has a silver lining. 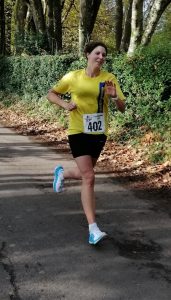