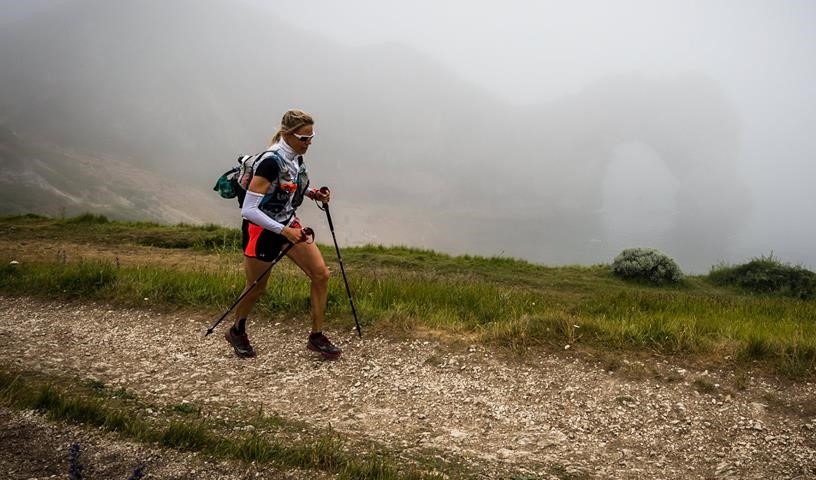 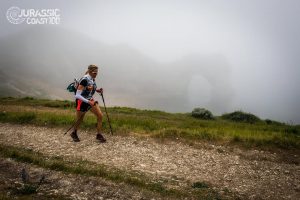 Completing a hundred miles is perhaps something most runners might target in, lets say a month – or possibly for the Steve Way’s and Ant Clark’s of this world, at the height of their training – in a week. But to do 100 miles in a single race… Well, that’s just taking it to a whole new level.

As anyone knows who has either run any races or done any training on the Jurassic Coast will know, it is incredibly tough terrain. It’s rocky uneven surfaces and extremely hilly nature make it hugely challenging for even the most accomplished runners out there.

Right from her early stages of running, Linn has had a burning desire to complete a 100 mile race and she always wanted to believe that it was a race of that distance would be her forte.

In fact, in her first ever race back in 2011, Linn completed the Trans Scania 250km in Sweden, which took her 53 hours. She finished 4th overall in that race and since then she was bitten by the ultra bug and has not looked back.

Despite having a clear talent and mental aptitude for extreme endurance running, Linn had had three failed attempts at 100 mile races where she’d either started too aggressively only to burn out midway through, or had to bow out through injury, as was the case in her full UTMB attempt in 2013.

Because of that chequered history, Linn felt she really needed to finish this one in order to lay the distance ghost to rest. That gave her an inner, steely determination to succeed. 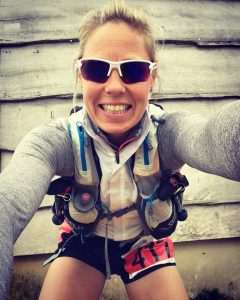 Due to undertaking a Masters Degree in Chiropractics, Linn has had limited head-space to mentally prepare for longer races, although she has still manged to fit in a few in-between her studies.

She finished as 2nd female in a 100k race in the Lake District and has also ran a 100k race from Manchester to Sheffield where she came 5th overall and was 1st woman. In 2016 she did the Ring ‘o’ Fire which is was a 3-day stage race of 150 miles around Wales.

Her CV also includes several mountain races in Switzerland, Germany and France, all under the 100k range. In spite of all that though, Linn feels the ‘real’ ultra running distance is 100 miles and she was desperate to add the Jurassic Coast 100 to her list of triumphs thus far.

It wasn’t going to be an easy ride though and the conditions over the course of the race were obscenely difficult. A thick mist had descended over the coastline and it would persist into the night, making the navigation a little more challenging that expected. 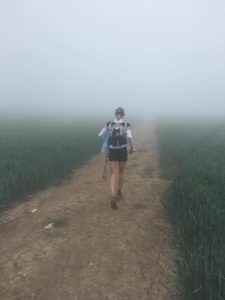 The thick mist made it even more of a challenge, as if running an extremely hilly 100 miler isn’t tough enough already!

The route started out at South Haven Point, near Poole, before continuing past Old Harry Rocks and along the eastern end of the Jurassic Coast.

The highlights along this section included Durlston Country Park, Dancing Ledge, Chapman’s Pool, Kimmerage Bay, Lulworth Cove and the iconic Durdle Door. After continuing on through Weymouth, the route then follows the South West coast path all the way to Exmoor.

Spending the bulk of race on her own, Linn tried her best to navigate through the thick mist, looking out for the acorn sign that marks the path and trying to avoid falling off the cliffs as she progressed. 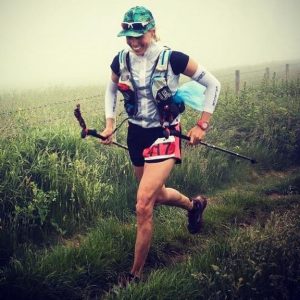 It was Linn’s fourth attempt at a 100 mile race and she was absolutely determined to see it through this time, no matter what

It was an epic journey and elevation was brutal for the toes with so many steep and relentless inclines. Despite all that though, Linn made it to the end, finally getting that monkey off her back and completing a 100 mile race.

Not only did she complete the race though, she was also 1st female over the line and incredibly came in 5th place in the overall standings. It was a quite phenomenal result that must have surprised even Linn herself a little bit. 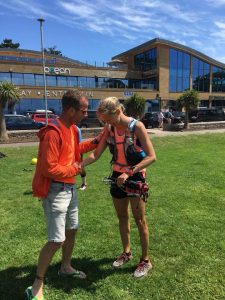 What was even more amazing was that as well as the 16,000 ft of elevation she’d had to negotiate over the course of the race, Linn also ended up doing an extra 5 miles on top of the 100 that she was meant to be doing.

The drop out rate for the race was 47%, which gives a great indication of how challenging it really was. All those who were able to complete it had certainly been tested to their absolute limits. 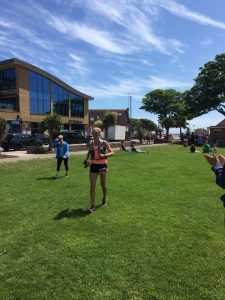 Linn’s finishing time was 27 hours 46 minutes, which was an incredible result when you factor in the difficulty of the course coupled with the extremely tricky conditions.

Despite being 1st female though and finishing 5th overall, it wasn’t really about that for Linn though and it wasn’t about time either. The only metric of success for her was the completing of the race. It was about proving to herself that she could do it.

And if conquering a 100 mile race is what constitutes becoming a ‘real’ ultra runner, then Linn can certainly now consider herself firmly in that category. 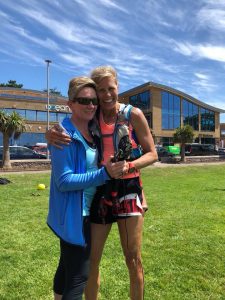