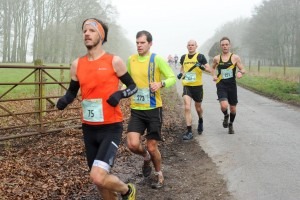 The Cross Country season drew to a close at the weekend with the Inter Counties Cross Country Championships at Cofton Park Birmingham.  BAC was represented by Brandon Meredith competing for Dorset at a national event for the first time.  Brandon put in a steady run over a long hilly course coming 237th from 250 in the U17M category. Over to Brandon for his thoughts, “there was a very high standard of competition, I was really impressed by how professionally run the event was, how well the course was laid out, the attention to detail, complete with paramedics on quad bikes!”  Bridget Dence was running in her sixth consecutive championships and dug in for a solid 43rd from 267 in the U17W.  Once again the Dorset team performed admirably finishing 9th from 34 counties in this category including a podium finisher.  The BAC contingent was completed by three competitors in the SW team, Nikki Sandell 140th, Heidi Tregenza 143th and Joy Wright 234th from 249.  Dorset is going through something of a renaissance in cross country at a junior level, with real strength in depth and competition for places in each team.  The U13G team finished in an admirable 4th place from 41 counties, not bad for a small county!  Well done to all.

Turning to the road, BAC was represented this weekend in a number of races, including the Bath Half Marathon, which Steve Way completed in 1.10.01 to finish 13th, and 1st V40, of 11,318 competitors. More information about this, and about Steve‘s training, can be found on his blog at www.steveway.co.uk.  Also running a half marathon on the same day, Sunday 13 March, was Andy Gillespie, who ran the distance at Silverstone in 1.39.16, 799th of a total of 6750.  Two weeks earlier, Andy had competed in the Meon Valley Plod, which was at its muddiest, hilliest best, finishing 77th of 280.

Two off-road events saw BAC representation over the weekend.  The Larmer Tree Marathon on Sunday 13 March was won by Jon Sharkey in 3.06.19, with Anthony Clark third in 3.08.52 (of a total of 302).  Jon, Anthony, and the 2nd placed athlete, Ian Hammett from Bedford Harriers AC, ran together for 19 miles, at which point it turned into a race between Jon and Ian, which Jon won with 25 seconds to spare.  Anthony, however, who is training for the Anglo-Celtic 100k Plate which takes place in less than two weeks time, 27 March, in Perth, stuck to his pre-race plan to maintain a steady effort, and rolled in looking very comfortable.  The day before, 12 March, Damian Boyle ‘enjoyed’ the magnificent Purbecks scenery in the Brutal Duathlon 2016, the first time Damian has competed in a duathlon wearing the BAC vest.  Damian says that Ross Smith “has nothing to fear” and that he “did well on the run, but apparently it isn’t enough just to own a bike!”   Nevertheless, Damian was 5th, and 1st V45, in 1.37.12, against a winner’s time of 1.29.08.  The penultimate competitor completed the course in 2.25.26, with the final duathlete obviously having a difficult time, finishing in 4.12.39.  The organisers clearly had very patient timekeepers!