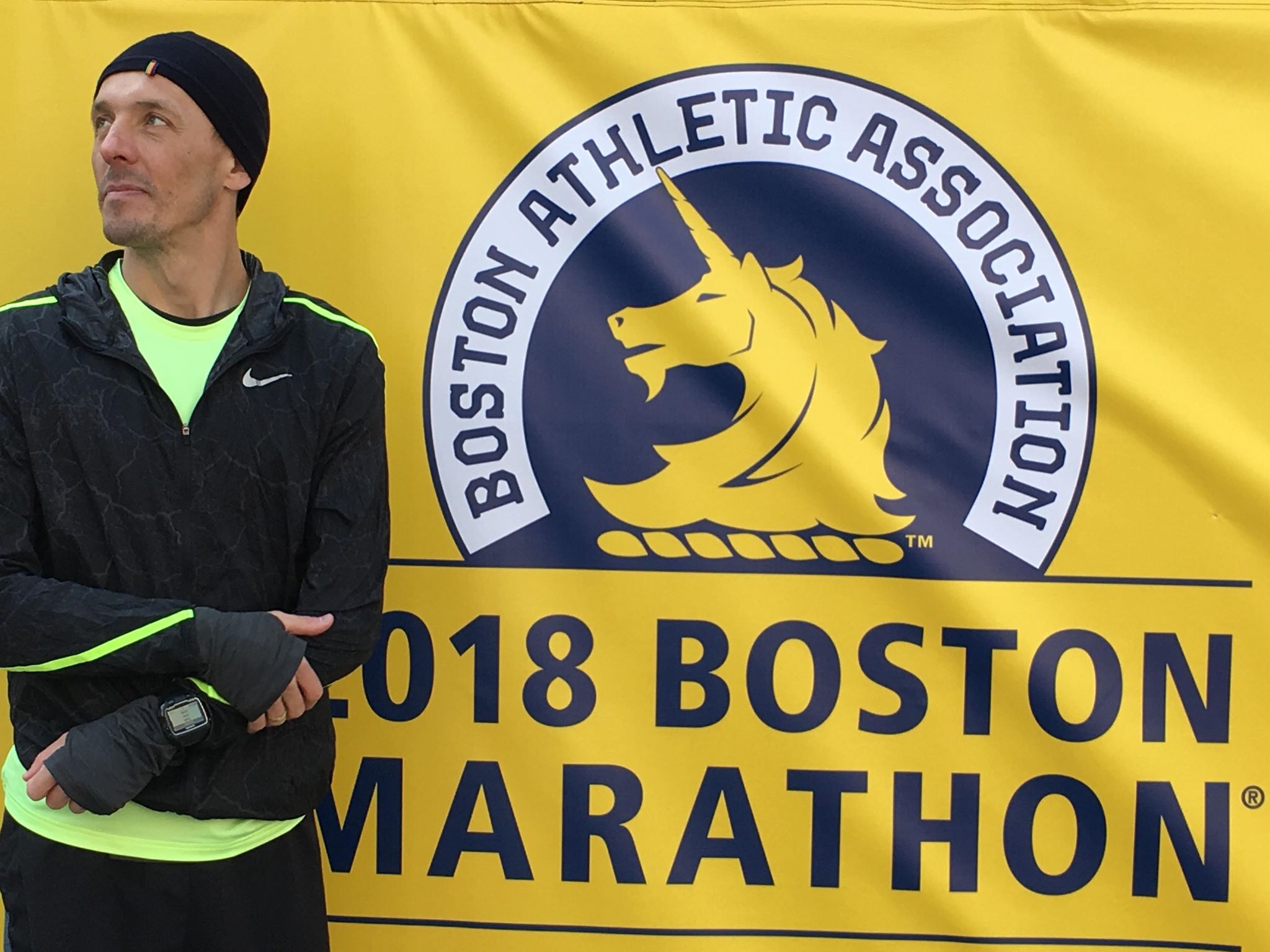 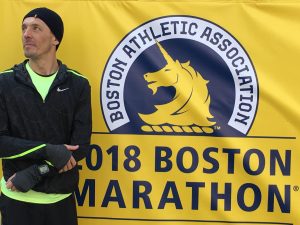 As most of you will be well aware, it takes a lot to knock Jacek Cieluszecki off his stride. Whether it’s racing round Poole parkrun at sub 15-and-a-half-minute pace, assuming pole position in local races or jostling with the world’s top mountain ultra-runners in the Alps, Jacek usually tends to excel and there are very few people who can rival him. At the Boston Marathon in eastern Massachusetts, USA, JC finally met his match. And it turned out to be the weather!

As Jacek and his wife Ela lined up for the Boston Athletics Association 5k on Saturday 14th April, they could have scarcely believed what was about to happen in a couple of days’ time when Jacek was set to take to the start line for the Marathon race.

The sun was shining and conditions were great for the 5k race. Jacek and Ela cruised round the course, taking it all in and enjoying the experience. In more ways than one, it proved to be the calm before the storm. Ela crossed the line in 1,636th place with a time of 24 minutes 28 seconds with Jacek following in a couple of seconds later in 1,651st. This was out of a field of 8,668 people.

By the time it reached Patriots Day, on the Monday, the weather had taken a significant turn for the worse. It was now raining hard and the temperature was bitterly cold at around 0, possibly 1 degree. It was also extremely windy, making the conditions that much more unbearable. 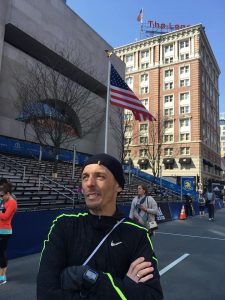 But Jacek wasn’t prepared to allow the inclement weather to deter him and he lined up at the start along with 29,977 others. For the first 10k, Jacek’s pace was okay and he thought everything would be fine. Then suddenly he started feeling cold. He was actually shivering during the run, which was something that had never happened to him before. It was very strange.

Jacek was used to getting up early on a Sunday morning and thrashing out a session over the Purbeck in the cold and wet, but this was something very different. He just couldn’t get warm and his body just completely shut down.

At around the 15k point, he was extremely close to abandoning the race. He desperately did not want a DNF against his name for the Boston Marathon though. He simply had to soldier on. Apparently, it was the worst weather they’d had at the Boston Marathon in 30 years.

At the start area in Hopkington, there were even some patches of snow that had formed. In fact, the start area resembled the kind of scenes would expect to find at Glastonbury festival, only minus the beer and the cider. There was mud everywhere following the continuous downpours.

The whole way round they were running into a headwind which, combined with the heavy rain, kept the body in a freezing cold state. At one point Jacek even asked one of the marshals for his poncho. He was actually begging for it, but the marshal wasn’t keen on getting soaking wet either so duly declined.

Somehow Jacek managed to continue with the race and, after an incredibly tough slog, he made to finish line. Given the ordeal he’d just been through, his time of 2 hours 29 minutes and 45 seconds was actually pretty good. 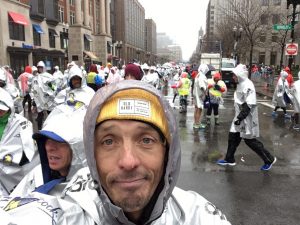 At least Jacek finally got a poncho once he had crossed the line following a long battle with torrential rain, freezing cold and a biting headwind

That put him in 566th place overall, so still very high up when you consider that there were almost 30,000 people in the field. He was 43rd in his age category. After the race JC concluded that it was the toughest road marathon he’s ever done in his life!

Putting it down as a learning experience, despite the horrific conditions and although he was disappointed with the end result, Jacek doesn’t regret doing it. It was character building if nothing else.

Just to rub salt into the wound, the next day the sun came back out and the weather was almost perfect. It was 10 degrees and there was a tailwind. It was a rather cruel turn of events. When he spoke to the locals about it they said “Welcome to New England”!

It was the first time JC had ever been to America and after spending 6 days in Boston, he then spent 3 days in New York where he enjoyed some fantastic runs in Central Park. There is one plus point about his Boston Marathon experience though. It won’t make those cold, rainy mornings on the Purbeck seem so bad now. 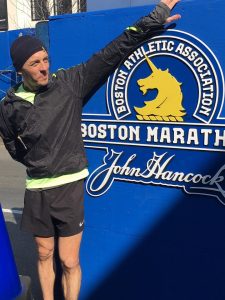