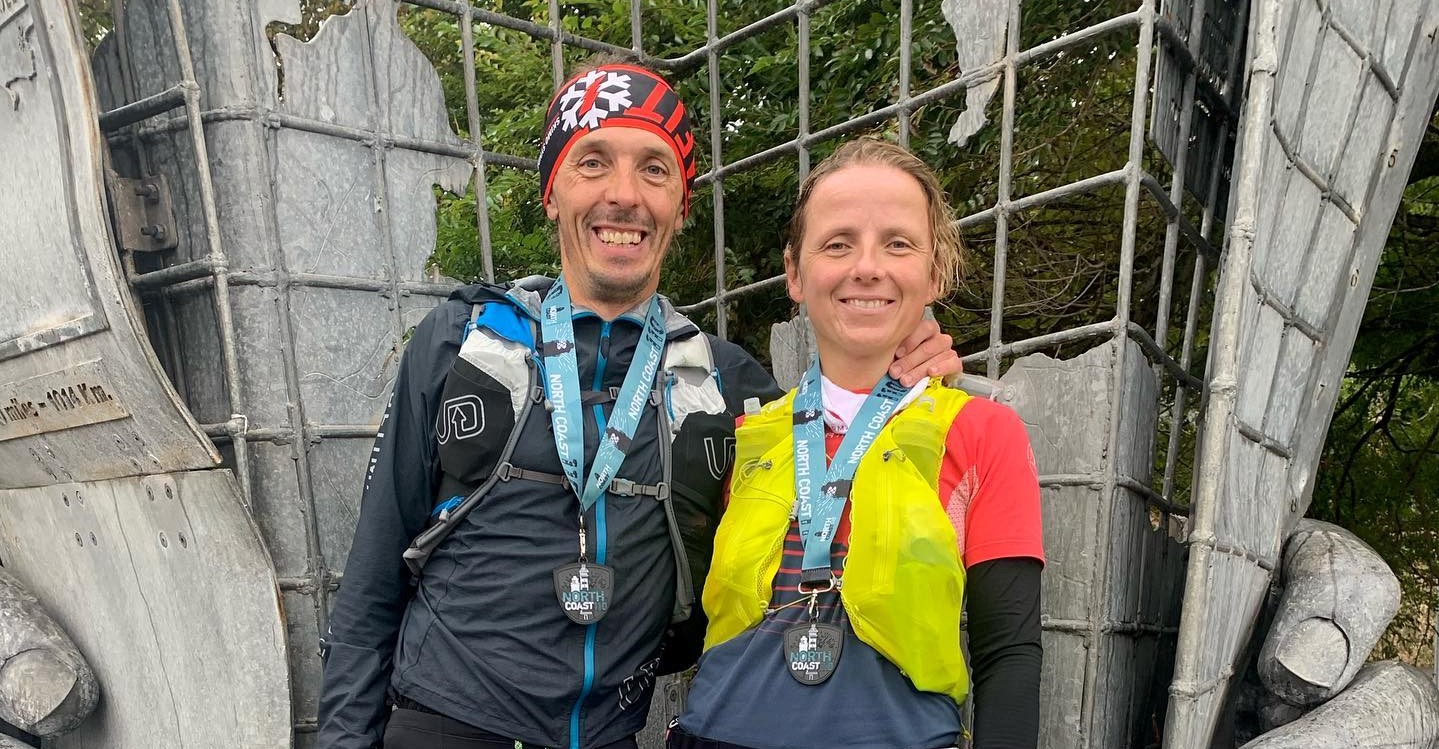 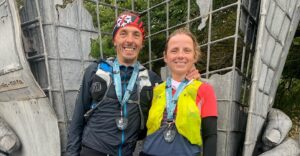 When faced with a very difficult and daunting task, sometimes it’s best to work together to achieve the best results. And if you’re lucky enough to have a partner there with you to help each other through the dark times, there will always be light at the end of it.

For a regular couple, that task could be something as simple as cooking a family meal or tidying the garden shed. Or it could be painting and decorating the house perhaps.

As for Jacek Cieluszecki and his wife Ela, it was something slightly more outlandish. They were taking on the North Coast 110km Ultra – a race that see them scale 11,500ft of ascent over unforgiving terrain in an adventure of biblical proportions.

And it wasn’t just the distance and the elevation that made it such a challenging proposition. It was the fact that it started at 8:30pm, meaning they would be running through the night and into the next morning and most likely well into the afternoon before they finished. It was not a challenge to be taken lightly that’s for sure. 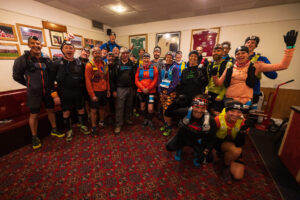 Jacek and Ela came into it off the back of a nice break in the Scottish Highlands. Not a nice relaxing break though. It was more of an active holiday, where they did a lot of running and hiking up some very high mountains.

They also both took part in an 18km trail race as well which featured 2,400ft of elevation. Then the day before that Jacek competed in Saloman Mamores VK – a 5km race with 1km of vertical ascent.

It was essentially running all the way up a mountain for 5km, so slightly tougher than your average parkrun. Remarkably Jacek finished in 2nd place in that race, despite the many experienced fell runners taking part who would have been more accustomed to running on that sort of rocky terrain. 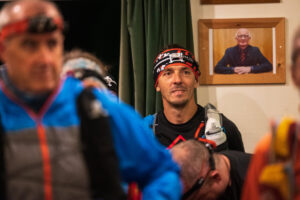 Before that both Jacek and Ela had competed in the Scaffell Pike Trail Marathon, which entailed scaling England’s highest peak.

Jacek had already ran the second half of the North Coast 110km Ultra as well when he competed in the Exmoor Coast 55k. In that race he claimed a new course record of 5 hours 11 minutes and finished over an hour ahead of his nearest rival.

Running through the night though, the 110km race was going to be an entirely different proposition. Racing on the coast path or in the woods in the dark is quite a scary experience. The howling wind and teeming rain made it even more of a difficult task. 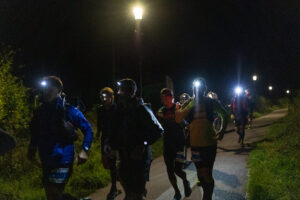 The runners set off in the dark, knowing they had a long a gruelling, but hopefully fun night ahead of them

The route began in Barnstaple with the only flat section of the entire course, heading along the Taw estuary. After passing through Braunton Burrows it was onto the first climb over Saunton Sands before dropping back down to Croyde Bay.

The next section was around Baggy Point, Woolacombe Sands and Morte Point. From there the hills get higher and steeper as it heads past Bull Point light house and Lee Bay and on to Ilfracombe.

Then it’s onto Water Mouth Cove before reaching the half way point at Combe Martin. Then it’s all the way along to Minehead from there, heading through the full length of Exmoor National Park on the way.

That section also features the longest stretch of woodland in England and Wales and the highest point on the coastline which is Culbone Hill at 433m. Plus the highest sea cliff which is Great Hangman at 244m. 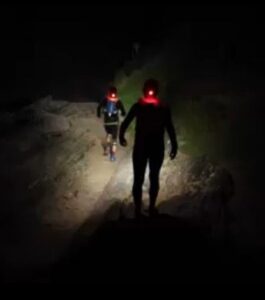 Surrounded only by darkness, Jacek and Ela make their way along the trails with only their head torches to guide them

The climbs over the second half of the route were truly brutal. Ela did well though and managed to keep pushing all the way. She only really struggled for a few miles between 45 to 50 miles.

It was an extraordinary show of strength from Ela and she even surprised Jacek with how well she coped with the obscenely tough hills.

Crossing the line in a time of 16 hours 53 minutes and 11 seconds, Ela finished 3rd quickest overall. It was an incredible performance and of course, meant she was 1st female.

It was a huge achievement from her and showed that Jacek isn’t the only strong ultra runner in the family. He followed her in to take 4th place in a time of 16:56:03. 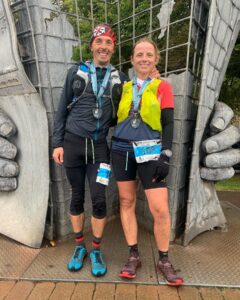 Only Harry Lewthwaite, who won the race in 14:33:38 and Nathan Gregory was 2nd in 16:05:56 got round faster than Ela. The next female to come in was Kate Knill who arrived in 6th place overall and she was 1 hour and 19 minutes behind Ela.

In truth it was probably a race that Jacek could have comfortably won if he’d gone for it himself but sometimes there’s more value in running together.

He’d helped Ela achieve something monumental and been there to witness the whole thing and experience it with her. In a way, there was more value in that there would have been in winning it himself and there will no doubt be plenty more opportunities for him to win ultra races in the future.