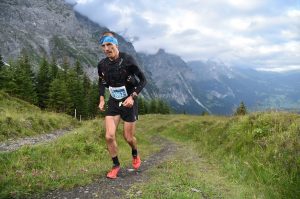 After a string of recent successes, including wins at the Red Bull Wings for Life, the Poole 10k and the Portland 10, Jacek Cieluszecki decided to take things up a notch and tackle the Eiger Ultra Trail 51k race.

The Eiger Ultra Trail is set in Grindelwald, Switzerland and is thought to be one of the most challenging races in the Swiss Alps. The E51 Panorama Trail incorporates a height difference of 3100m and is famed for the stunning panoramic views that can be seen atop the Faulhorn summit.

The first 18km is all ascent, as the route goes up toward Grosse Scheidegg and beyond. There is another sharp climb from 21 to 24k which takes the runners up to the highest point of the race, Faulhorn, at 2680m. The course then begins a long descent down to Schynige Platte before heading all the way down to Burg Lauenen at 43k. It’s then 8km up to the finish.

With most of the top contenders in the race belonging to dedicated mountain running teams, Jacek knew he was going to have to be at his very best to achieve any kind of result against these experienced mountain racers. 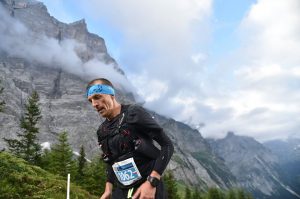 Fortunately, Jacek was at his very best and put in an astonishing performance that saw him finish in 5th place overall with an incredible time of 5 hours 29 minutes and 12 seconds. This was out of field of 499 men and 185 women. There was also a category for couples, with 62 pairs completing the race. Jacek also claimed a place on the podium as 2nd placed vet. 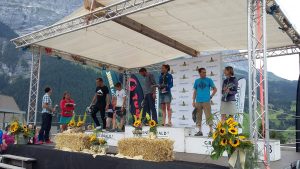 It was a very pleasing result for Jacek, who was tentative in the lead up the race after his previous attempts at mountain races had not gone as well as he’d hoped. This time it was different though. He’d done some quality sessions on the Purbeck hills and had practiced and honed his downhill running technique. Jacek believes that the key to his success was being able to go fast on the descents. 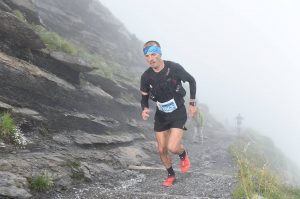 There are actually four different races to choose from in the Eiger Ultra Trail event. E101, E51, E35 and E16 – each referring to the distance in kilometres. Jacek’s wife Ela, who is also an accomplished long distance runner, entered the E35 race. 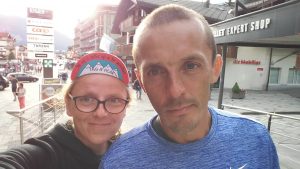 Jacek’s wife Ela took part in the E35 race, proving Jacek’s not the only adventurous and talented distance runner in the family

Despite taking a fall at one stage on the scarily fast and technical descent, Ela shrugged off the scrapes and bruises and persevered to finish as 57th placed lady in a time of 6 hours, 19 minutes and 30 seconds.

All in all it was a nice little trip to Switzerland for the pair of them – and certainly a very productive one. In fact, it was probably one of those situations where you feel like you need a holiday just to recover from the holiday you’ve just been on. 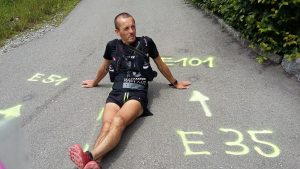