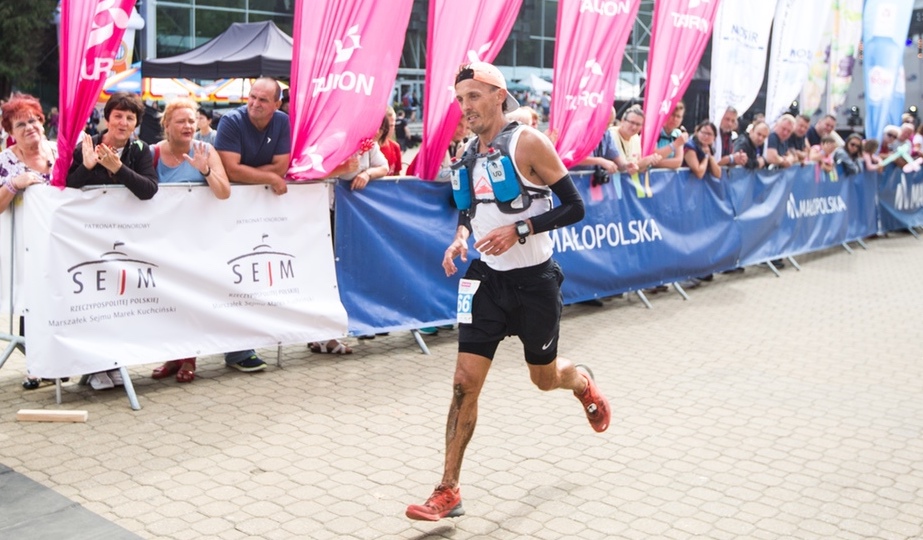 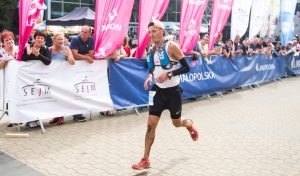 For his next big quest, Jacek Cieluszecki was drawn back to his native Poland for the Bieg 7 Dolin 100k.

So far, Jacek has had a pretty good season, with victories in the Wings for Life race in Melbourne, the Portland 10 and a double triumph in the 5k and Half Marathon at Poole Running Festival.

In his last big mountain foray, Jacek took on the Scott Snowdonia Trail Marathon, a 43.4 kilometre route with 1,685 metres of elevation.

Although he was up against some of the top distance runners in the country, such as Adam Holland and Callum Rowlinson, Jacek took a superb 2nd place, beaten only a staggering performance from X-Miles ambassador Jack Oates. Both Jacek and Jack finished well under the previous course record.

The Bieg 7 Dolin would be an entirely different prospect though. The race is run on one massive loop, starting and finishing in Deptak, Krynica-Zdrój.

The route is pretty much constant ups-and-downs throughout the entire way, taking the runners across some of Poland’s highest mountains, featuring 4,500m of elevation. It certainly represented Jacek’s biggest challenge of the year so far.

The Bieg 7 Dolin 100k is the Polish National Championships and is one of the biggest running events in the calendar. The race is even covered on TVP, which is Poland’s national broadcaster, essentially their equivalent of the BBC, with the channel providing regular updates throughout the morning.

Having completed the race on two previous occasions, in 2015 and 2017, Jacek knew what he was letting himself in for though and also knew exactly what it takes to conquer such a gruelling circuit.

The race does combine two aspects of running that Jacek is very strong on though; endurance and ascending. Both the extremely long distance and the many, large scale inclines suit JC down to the ground.

It was an early start for Jacek, with the race beginning at 3am, leaving little time for breakfast and fuelling up for the big journey ahead. There were checkpoints at various stages of the race with some of them including cut-off times that must be met by each competitor if they are to be allowed to continue.

Of course, there was no danger of Jacek not making any of the cut-off times. He would be travelling at a pace that most of the masses could only dream of.

At that time in the morning though, it was very dark, and that brought with its own navigational challenges. Towards the beginning of the race Jacek must have veered off-track and got lost, costing him around 5 to 6 minutes.

That was a bit of a blow, but he one he found his way back on the route, he couldn’t afford to dwell on it. He had to put it behind him and work hard to make up the lost ground.

He also managed to fall over a couple of times as well which, although he wasn’t seriously hurt, did compound his earlier misfortune to make it a frustrating start.

In these long races though, it’s as much about mentality and character as it is about physical ability. Things can and will go wrong throughout the race but when they do, you cannot afford to let it impact the rest of your run. 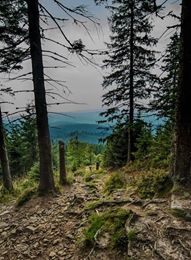 At the first checkpoint, 22km in, Jacek was in 21st place, with 1 hour 55 minutes and 30 seconds on the clock. At this point he’d already conceded 12 minutes to the current leader of the race, but a substantial amount of that time was lost when he went off-piste.

The race was now on for Jacek and he needed to start clawing back some places. By the 36km point, he had climbed to 17th, arriving in 3 hours 11 minutes and 9 seconds.

At 44km he was up to 12th place, reaching the station in 4 hours 16 minutes. He was going really well now and working his way up the field with intent.

By the 62km point, Jacek had broken into the top 10 and was currently situated in 9th place, with a time of 5:52:41 on the clock. After a shaky start, he’d made some fantastic progress over the last 40km and was really beginning to demonstrate his amazing strength over extremely testing climbs.

Some of the climbs were absolutely brutal as well. The climb up from 1,115ft at the 21 mile point to 4,115ft at the 31 mile point was long and incredibly tough, the gradients of up to 30% in some places and elevations of up to 800ft in the space of one mile.

Taking it all in his stride though, Jacek made it to 77km still in 9th place, having now been running for 7 hours 20 minutes and 42 seconds. He was seriously closing in on Pavel Brÿdl of the Czech Republic who was just ahead of him. The gap between the two was down to under two minutes now though. 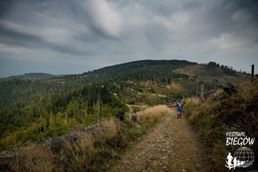 Another scene showing the picturesque surroundings of the Polish countryside

There was still a couple of big climbs to get over in the remaining 23km of the race, including one hugely steep one that they were just about to scale.

It was ski slope where the gradient rose to 24% and included the toughest uphill sector of the race on mile 49, where 974ft of ascent would be overcome within the space of a mile.

Often training on the hills of the Purbeck, Jacek is used to big climbs, but this one was a tough one, even by his standards. Nevertheless, Jacek made it up the cimb and by the 83km checkpoint, he had moved into 8th position in the standings with 8:10:48 on the clock.

It was now time to embark upon the final climb up to Runek. There was one further checkpoint on the way up this long and arduous 8km ascent, with Jacek reaching the 88km station in 8:41:55.

Now closing in on the next man ahead of him, Jacek had somehow made up 7 minutes on Andrzej Witek within the space of 5km. That put him exactly 2 minutes behind.

With only 3km of climbing left though until the descent into Deptak, Krynica-Zdrój, it wasn’t quite enough for Jacek and remained in 8th place, crossing the line in a still mightily impressive time of 9 hours 45 minutes exactly.

Although he hadn’t quite met his initial target of 9:20 to 9:30, he would have been closer to 9 hours 30 if he hadn’t got lost towards the beginning of the race or had those two falls. 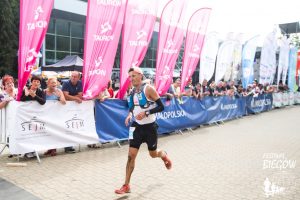 It was a valiant effort from Jacek and one he can certainly look back on with immense pride. He was 26 minutes quicker than last year as well, so is showing good progress year-on-year.

Many of the top guys he was contending with are sponsored athletes, running for clubs such as Salco Garmin, Hoka, Mizuno and Salomon so it was always going to be difficult up against runners who can devote a lot more of their time training in the mountains.

As well as finishing in 8th place in a field of 479 who completed the distance, Jacek was 2nd V40 in the Polish Championship Masters, thus earning him a prestigious silver medal. 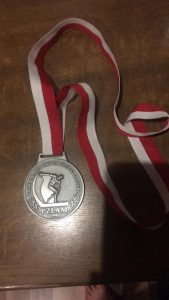 The Bieg 7 Dolin also carries some big prize money, with £5,500 going to the winner who was Bartosz Gorczyca and £1,600 to the runner up Marek Causidis.

Gorczyca of Poland finished in a time of 9:03:45, putting him 41 minutes ahead of JC and giving him a healthy winning margin of 10 minutes over Causidis, who is from the Czech Republic.

For coming in 8th place, Jacek got £200 and also received some souvenirs and vouchers for 2nd V40 in the Polish Masters. 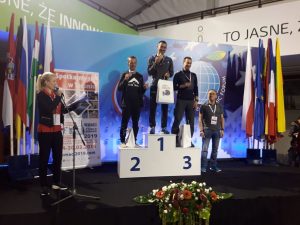 It isn’t just the 100k race that is featured at the Bieg 7 Dolin event though. There are many other races over a the 3-day weekend of varying distances.

Jacek’s wife Ela competed in the 64km race, where she finished as 17th placed woman and took 6th in the W30 category.

Ela has been on quite a few long training runs over the Purbecks with Jacek and it has clearly paid off, with her running showing signs of rapid improvement. Ela’s time for the 64km distance was 9 hours 16 minutes and 19 seconds.

The Bieg 7 Dolin 100k is also a qualifying race for the Ultra-Trail du Mont-Blanc, where Jacek will be looking to do the full 170km UTMB, featuring 10,000m of vertical. 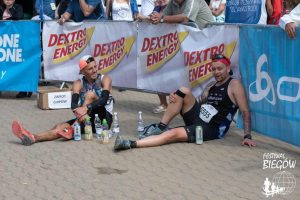 It had been an exhausting race for Jacek, as it had for all those who made it to the end, but ultimately, a very rewarding experience