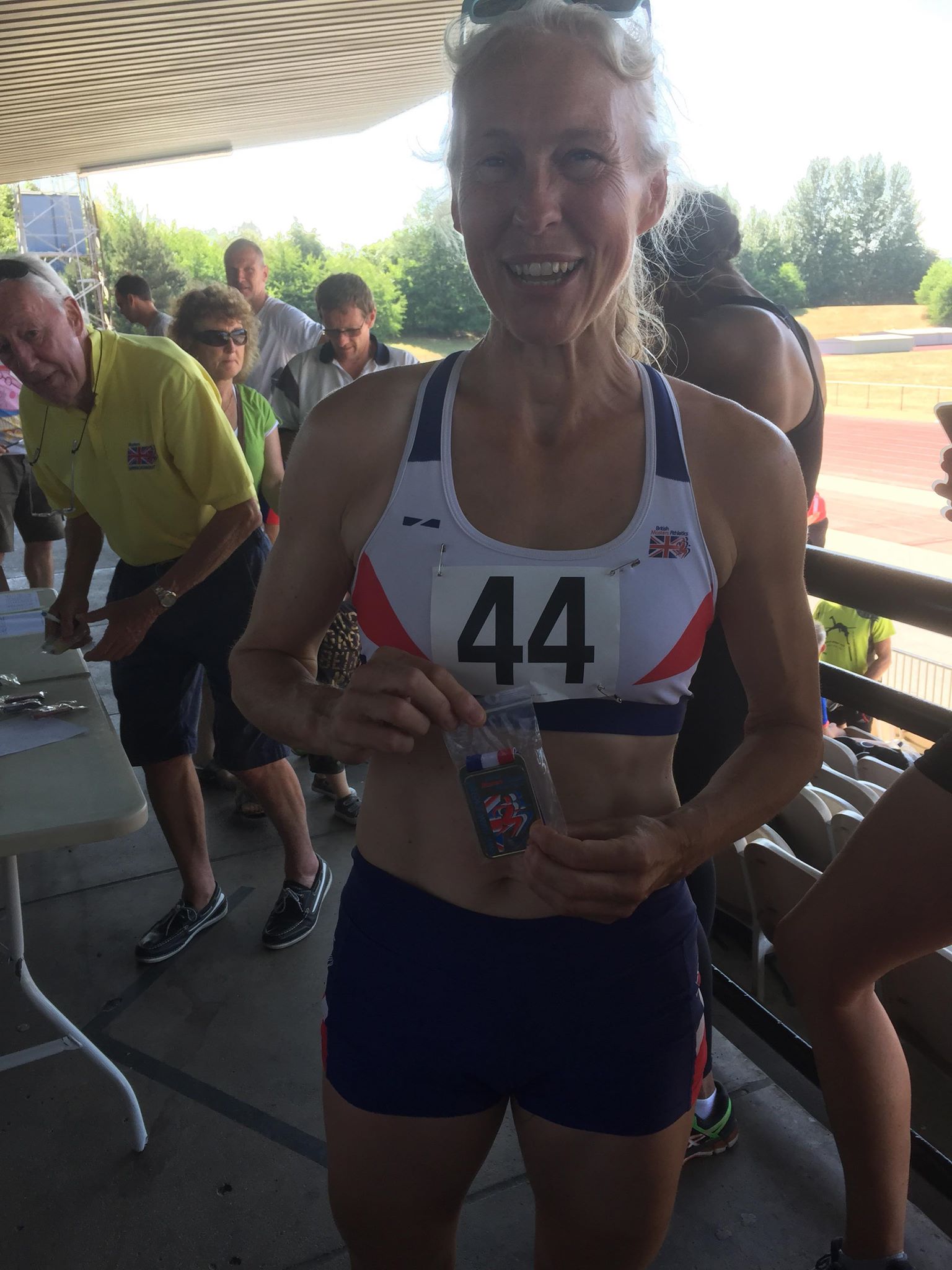 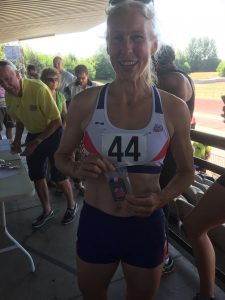 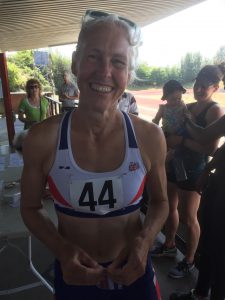 Janet Dickinson was all smiles after breaking the 19yr old British record.

One of the biggest challenges arose on day two as Dickinson strived to overcome a painful knee. However, she managed to score well and keep the record challenge alive.  Dickinson’s High jump was an SB of 1.37m, Long Jump 4.37m, Shot 9.06m and Javelin 26.20m.  The gruelling last event, the 800m was again a different experience yet she came home in 2min 51sec and managed to remain standing afterwards. 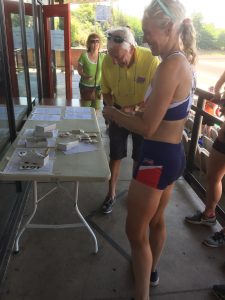 The atmosphere was superb with a great spirit amongst the women competitors. It was a very efficiently and pleasantly run competition at an excellent facility. One competitor stated it was an honour to have competed with such great and welcoming group of athletes in the women’s heptathlon. It was especially great to have witnessed a new British record! 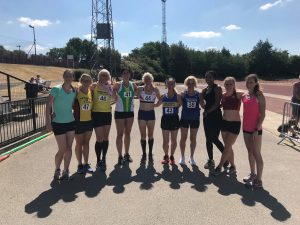 Janet Dickinson at Sheffield with Julie Wilson, winner of the British w55 Throws Pentathlon on Saturday before getting back in action on day 2 winning more Gold Medals.

Dickinson has been preparing well for this event and expressed how pleased she was to have broken the British Master v50 Heptathlon record which has stood for 19 years. During an exclusive interview with BAC, she commented on the brilliant support provided by her coach, Paul Rees, as well as the athletes and officials who helped her through the two days including some dodgy moments. The next big championship for Dickinson is the World Masters championships in Malaga in September and BAC wish her every success! 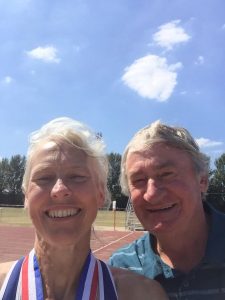