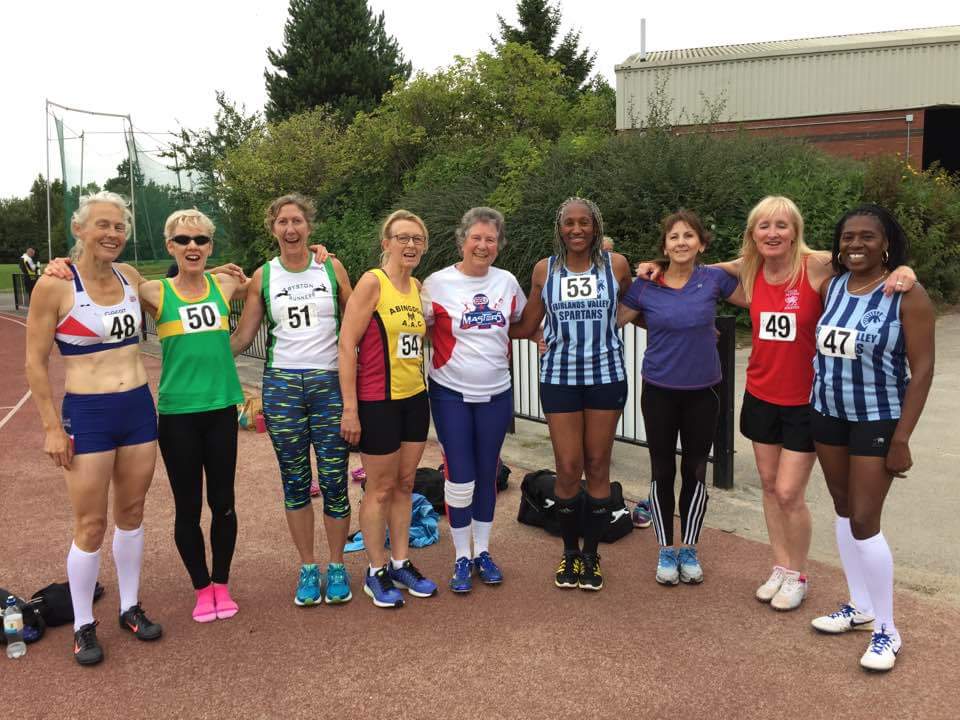 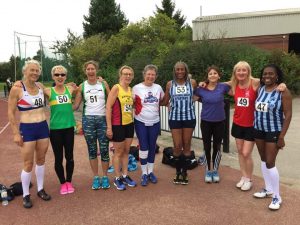 Janet Dickinson (left), British Heptathlon Champion with some of the other 50+ competitors at Sheffield

The Heptathlon is the championship-level combined events for women consisting in total of seven track and field events.  This year the British Masters Heptathlon championships were hosted at Sheffield Hallam University City Athletics Stadium on 2-3 September 2017.

Persistent issues with Janet’s dominant take-off leg in the jump events impeded her training in the lead up to the championships.  As a result Janet modified her technique less than 4 weeks ago to take-off from her left leg.  Although it has been a challenge, she believed it was necessary to play safe.  This demanded focus, commitment and determination. Well the hard work certainly paid off!

Janet achieved an amazing PB score of 4832 points despite being well shy of her best 200m and high jump performances.  She knows there’s plenty to play for next year. 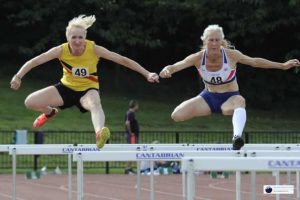 Half way through the championships, Janet was on good form and headed to one of her favourite pubs in Sheffield, obviously after a much needed rest and refuel.  A lot of hard work first before enjoying a ‘proper northern bitter again at last’.  Perhaps that’s the secret to her success?  If only it were that easy!

Janet is delighted to come away with a win, despite things not going to plan, especially in the high jump and 200m. This shows great promise for next season’s championships and we wish Janet every success.

Next event is the Bournemouth open meeting on 10 September followed by the Speed Heptathlon in 43 mins later in the month along with Joy.