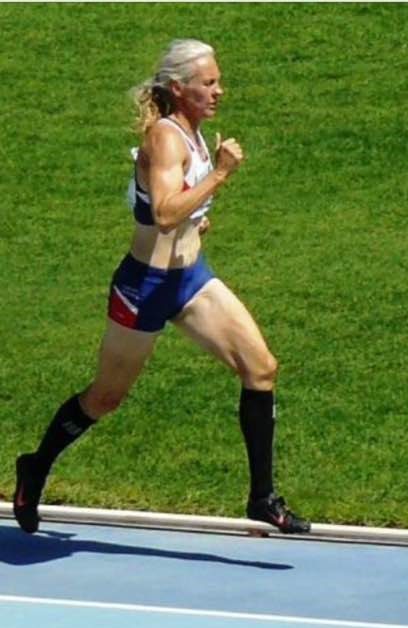 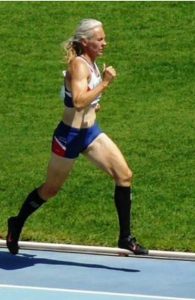 The streets of Malaga welcomed the community of Master athletes who represent a social movement throughout athletics; embracing the sport as a healthy lifestyle, understanding competition as a striving for continuous improvement, consistent effort and rewarding coexistence.

Remarkably, the oldest woman aged 102 years, Man Kaur of India competed in 4 tests, 100m, 200m, Shotput, and Javelin in the 100-104 age group category.  The oldest man with the same age, Giussepe Ottaviani, competed in 2 tests: Triple and Long Jump.  In addition, the athlete enrolled in the largest number of tests was Rad Leovic, a 91-year-old Australian who entered 16 events.

BAC masters athlete, Janet Dickinson represented Great Britain and headed to the championships with the determination to bring home a medal, following hours of training and dedication, both on and off the track.  Dickinson’s hard work paid off and she did not disappoint in winning the SILVER medal, Word Masters W50 Heptathlon.  She is an inspiration to us all.  Congratulations on an outstanding performance and achievement! 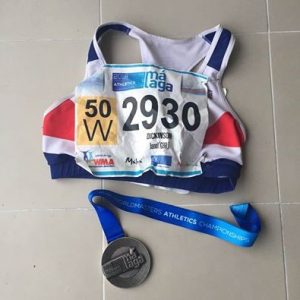 Dickinson’s Track and Field career began 5 years ago, with coach Paul Rees, from a background as an occasional marathon/road runner.  Her T&F career started with the throwing events, namely Shotput, Discus, Javelin and Hammer which were her main focus during the first year.  Dickinson is evidently well accomplished at three of them but is not a fan of the Shotput.  Coach Paul Rees commented, “I qualified and coached all T&F events over time and she has given me such a great opportunity to coach her in every one of them”.

Dickinson has competed in every Track and Field event and won the one hour Decathlon at Woking last year, 2017.  She also won the European W50 double Heptathlon Championships in 2016.

Dickinson’s latest triumph in winning the World Silver medal saw her break the British Record with a personal best.  She is pictured below running down the eventual Bronze Medallist and closing in on the winner (a former Soviet Union International). 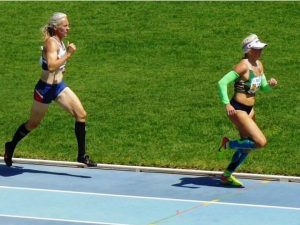 Janet Dickinson near the end of the final event (800m) in the World Championship W50 Heptathlon in Malaga, Spain.

As one of the least enthusiastic 800m runners (to say the least), Dickinson comically stated “whoever put the 800m in at the end of a Heptathlon needs a good talking to”.

Dickinson is an extremely talented athlete with an outstanding work ethic and manages to inspire and encourage other athletes of all ages.  Not content with seven events in the Heptathlon, Dickinson entered the 200m event which took place just one day after the Heptathlon.  The event saw 74 entries, squeezed into 9 heats with only the first two guaranteed a place in the semis.  Dickinson commented that four years ago she had decided to enter the 200m at the British Masters Championships. “I came last. Today I ran in a World Championship semi-final.  I was faster and I didn’t come last.”  In fact she won her heat with the 9th fastest time of the championships.  Despite her disappointment in not making the final, she was pleased to have more time off before Long Jump event. 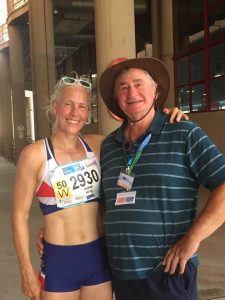 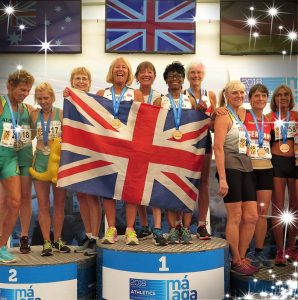 Two former BAC Athletes, Caroline and Jean, won GOLD in the relay at the World Masters Athletics Championships in Malaga.  Many congratulations on such a great achievement.

Janet Dickinson made a well-earned appearance in the popular Track and Field magazine, “Athletics Weekly”.

More information on competing at future masters competitions can be found here.