JC and Mitch Griffiths come unstuck in The Stickler 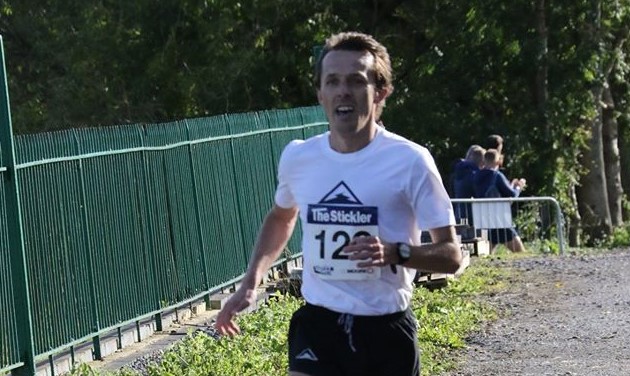 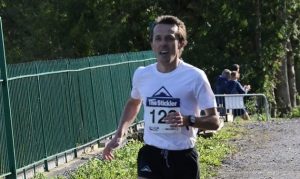 After missing a turning in last year’s race when he was in the lead, Jacek Cieluszecki was hoping to stay on track this time round as he took on the 25th edition of The Stickler

It is considered one of the most brutal short distance races in Dorset. Perhaps even the most brutal of them all. Of course you’ve got the Enduarancelife Coastal Trail Series races and The Beast which could also be contenders. But The Stickler is a different proposition altogether.

The Stickler features around 1,700ft of climbing in the space of 10.2 miles and includes some of the steepest inclines in the region. In fact, it is known as Dorset’s answer to the 3 Peaks Challenge, with ascents up Okeford Beacon, Hod Hill and Hambledon incorporated into the gruelling mixed terrain route. It would certainly be fair to say that they don’t come much tougher than that.

In this year’s race two Bournemouth AC members were brave enough to put themselves up for the challenge. They were Jacek Cieluszecki and Mitch Griffiths.

Coming off the back of a stunning 10-mile PB at the Great South Run the previous weekend, Mitch was flying high and raring to go. His time of 58:36 was a huge achievement and underlined the immense talent that he possesses.

Of course, the Great South Run is an extremely fast, flat course, which is practically the polar opposite to what he was coming up against in The Stickler, so it was going to be a much tougher test.

As for Jacek, he competed in The Stickler last year and was actually on course to win the race by a considerable margin… until he went off course. It turned out he was actually going so fast that he beat one of the marshals to their post which resulted in him missing a turning and continuing on down the road.

By the time he realized he’d gone the wrong way it was too late. He’d already done a considerable extra distance and would have had to turn back and retrace his steps in order to get back on track.

It was very disappointing for JC as he knew he had the race win in the bag until that mishap. It didn’t deter him from returning through to give it another go and he was hoping that this time all the marshals would be in place or it would be obvious which way he needed to go at every turn.

Jacek and Mitch were joined in the race by a plethora of other talented individuals including Lee Dempster and Edward Crawley of Lytchett Manor Striders, Barry Shea of Dorset Doddlers and Robert Doubleday from Poole AC.

To start off with there was a lead group of three runners consisting of Lee Dempster, Stuart Holloway from City of Salisbury and JC.

The first big climb takes the runners up the infamous ‘Stickle Path’. Unfortunately, soon after that climb, an incident occurred that would alter the course of the race resulting in complete chaos. 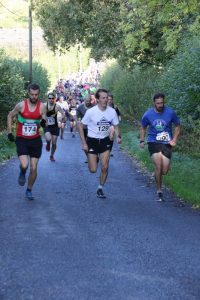 One of the official marshals noticed from a distance that they were going in the wrong direction and rushed over to inform them. By then though they’d already done a few hundred yards extra.

In all the melee, a number of competitors ended up running a section of the course in the wrong direction and it caused mass confusion.  Some of the runners who went off-track rejoined the course in the correct place and others did not which resulted in them not having completed the full course.

Stuart and Jacek then had to set about clawing their way back up the field, even though they had been in the lead group before the incident took place. The diversion meant that Jacek had run an extra half a mile than he was supposed to have.

Lee and his two Lytchett Manor Striders teammates Edward Crawley and Jason Robbins somehow managed to rejoin the route in the wrong place so they were deemed not to have run the full course.

Stuart and Jacek did extremely well to climb back up the field and get near to the front again. However, it was Lee who made it to the line first, finishing in the a time of 1:06:54. Because he hadn’t run the full course though, he wasn’t given an official position in the race results. 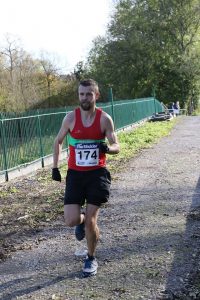 The next man over the line was Stuart, who despite having run extra distance, finished in a time of 1:09:39. That effectively gave him the official race win. Then it was Edward who arrived at the finish next in a time of 1:10:05. Again, because he hadn’t run the full course he wasn’t given an official position. 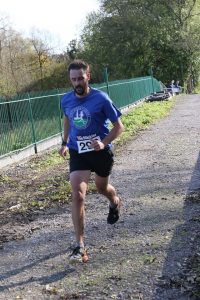 JC was the fourth man over the line, clocking an official time of 1:11:06. Of course, if you take Lee and Edward out of the equation that would put him 2nd. 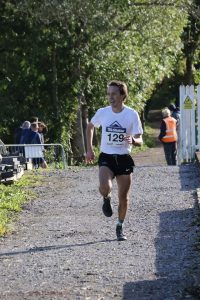 Mitch struggled to get to grips the first gruelling climb and the sheer brutality of it threw him off his stride initially. After getting to the top he found it difficult to recover for a while until he got a second wind on the fourth mile.

He managed to pick it up a bit after that but Mitch certainly felt out of his comfort zone in an off-road race like this as he was unable to get into a rhythm and switch off. 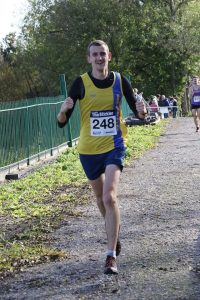 Nevertheless, he battled on and got to the end, completing the course in a time of 1:17:40 which put him in 25th place, or 22nd if you don’t include the three Lytchett Manor Striders runners who weren’t given an official position.

Mitch actually ended up covering 10.24 miles in total so that should have been roughly the distance that everyone ran. Due to the incident that impacted Jacek though, he ended up running 10:62 miles. 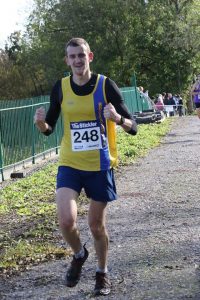 Although it put him out of his comfort zone, Mitch enjoyed getting to grips with the tricky off-road route with some killer climbs

Although he didn’t quite hit the heights he did in his phenomenal run at the Great South Run, if nothing else, this was still a very good training run for Mitch. He will have undoubtedly made some gains from working his way up the three monstrous inclines in a race environment.

As for Jacek, he’s been extremely unlucky in his first couple of attempts at the Stickler. Perhaps he’ll be back next year though and will manage to stay on route and make it third time lucky. Then he’ll have a great chance of finally getting the victory he craves. 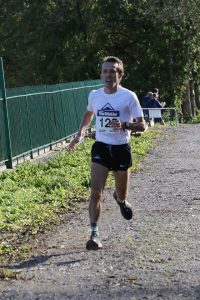 It was the second time JC had had problems finding his way in The Stickler, with costly repercussions