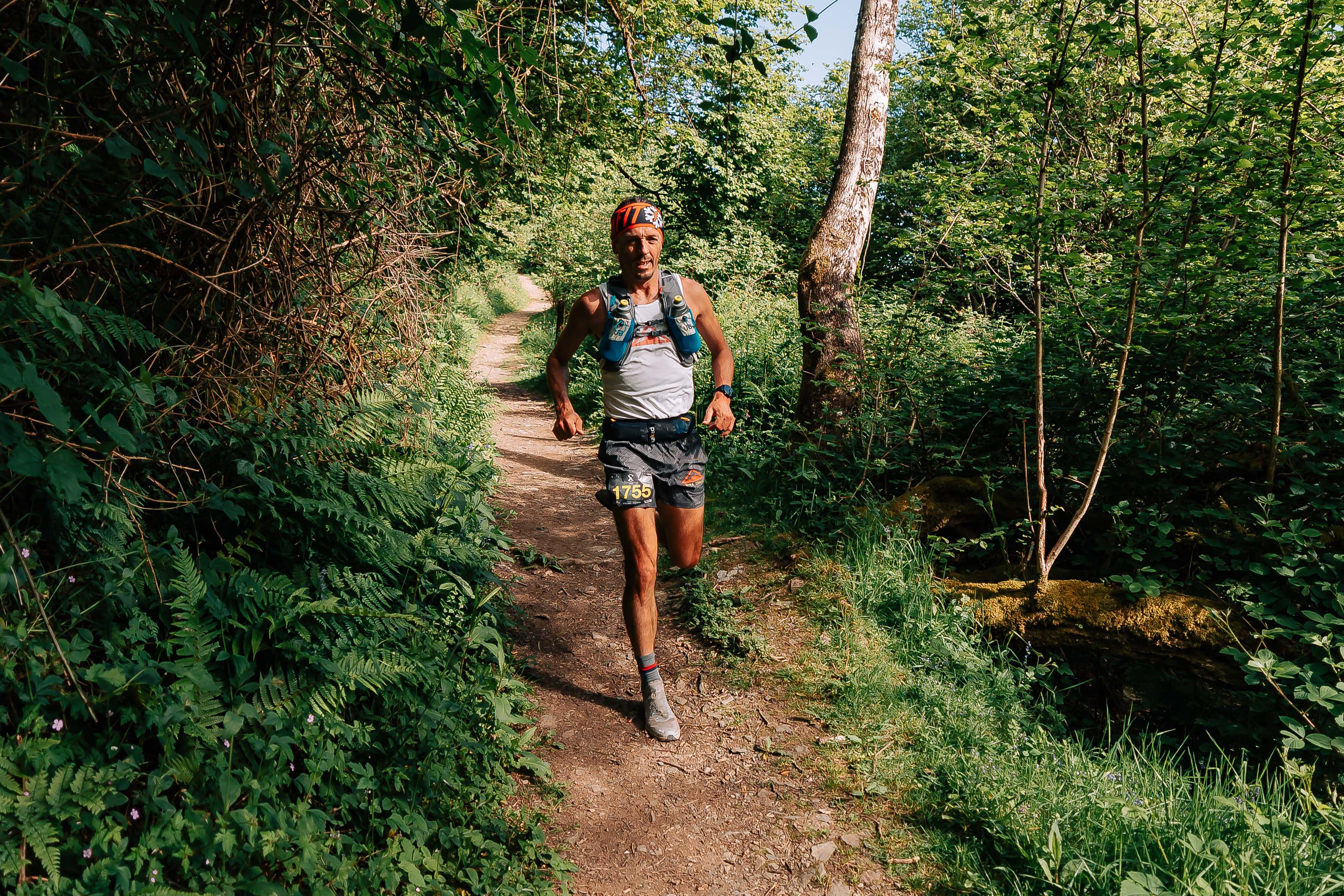 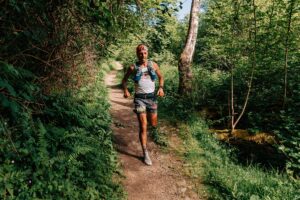 Heading over to Exmoor, Jacek Cieluszecki faced the toughest of all the Maverick races, the 57km X Series Exmoor Ultra

Having already won his first race of the year, which was the Maverick Dorset ‘Long’ race, a 25km blast over the Purbeck, Jacek Cieluszecki moved swiftly onto his next challenge. And for this one, he’d be taking it up a notch as he lined up for the Maverick Adidas Terrex X Series Exmoor Ultra.

That meant a 57km trek along the Exmoor section of the South West Coast Path. Thought to be the toughest of all the events in the Maverick calendar, the Exmoor X Series has been dubbed ‘The Beast’ due to the astronomical ascent profile on the Ultra route.

The savage climbs just keep on coming, amounting to over 2000m of vertical over the course of the 57km route. Even JC himself said after one of his previous visits that the Exmoor coast brings an extreme level of brutality.

Last Autumn JC took part in a couple of races based in Exmoor and, yes you’ve guessed it, he won both of them!! One was the Endurancelife CTS Exmoor Ultra Marathon which was 32.4 miles with 6,600ft of ascent. Then he did the Exmoor Coast 55k which featured an elevation gain of almost 7,000ft.

Even more impressively, he also managed to set a new course record in both races, and quite emphatically too. In fact, in the Exmoor Coast 55k he went 30 minutes quicker than the previous course record. Could he repeat those heroics though in the Maverick Exmoor X Series? 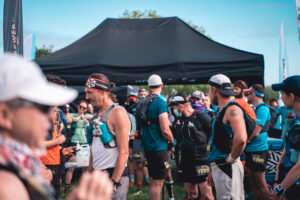 The route started at Caffyns Farm, heading along the coast path at Lyton where the towering cliffs exhibit sea views across to South Wales. Passing the furthest northerly point along the Devon and Exmoor coastline, Foreland Point, it is then all the way out to Porlock Weir before the route heads inland, working it’s way back to Caffyns Farm.

Going out pretty hard from the start, JC was taking no prisoners. In fact, he got through the first mile in 6 minutes 41 seconds and was in the lead from the point he set off. That was a downhill section though and it was followed by the first climb which led up to the 1.6 mile point. 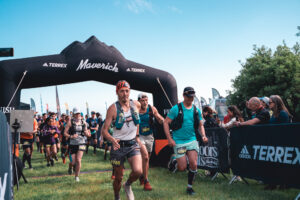 JC started as he meant to go on – in the lead!!

Even on the tough climbs though, Jacek’s pace is very strong and there are few men out there who can rival him on that sort of terrain. There were two guys who were brave enough to try to chase him though. They were David Phillips and Nicholas Barnett.

At the Porlock Weir aid station, which was around half way into the race, David almost caught Jacek. And Nick wasn’t far behind either. 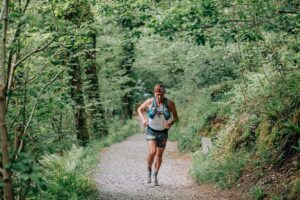 Although he managed to maintain his lead, it wasn’t all smooth sailing for JC. He did have a couple of falls along the way. In the first incident he managed to fall into the stream whilst he was trying to fill his bottle. That one wasn’t so bad though as it was actually nice and refreshing.

The second one wasn’t pleasant though. On one of the downhill sections he hooked his shoe on a protruding stone sending him crashing to the deck. It wasn’t really serious but he did hit the ground hard, hurting his hand, elbow and rib. 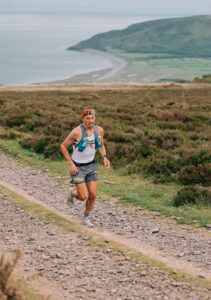 The coastal paths provided a stunning backdrop as Jacek raced round

Like a true warrior, he got up and soldiered on though, still focused on the task ahead. David was unsuccessful in his bid to catch Jacek and he eventually blew up, getting overtaken by Nick who went on to take second place. 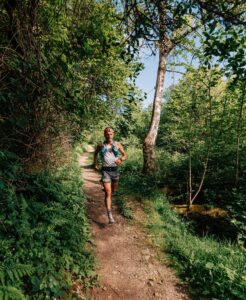 Jacek was in the lead for the entirety of the race

Completing the full 57km in a time of 5 hours 35 minutes and 30 seconds, it was another magnificent win for JC. He was just simply too good for anyone else to contend with. 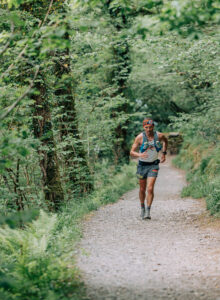 It was another impressive victory from JC, proving once again to be unstoppable

It was a great battle for the prize of first female and that honour was ultimately bestowed on Maria Russell of Bearbrook who finished 8th overall in a time of 6:41:17. She was just ahead of Alice McGushin of Clapham Chasers who completed the course in 6:42:24.

Jacek’s wife Ela also successfully negotiated the route, finishing in 7 hours 48 minutes exactly. That made her 7th fastest female and saw her place 30th overall. A total of 100 runners made it to the finish line out of 104 that started. 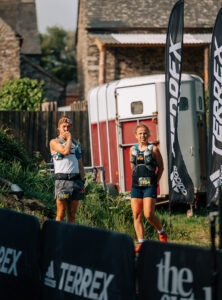 Although he feels like he isn’t in his best shape at the moment, it was still an excellent performance from JC. He wracked up an elevation gain of 8000ft over the 36 miles he ran but still came out of it with an average pace of 9:04 minutes per mile.

Overall he found it to be a great race and the sunny weather on the day certainly helped. The views were superb as well once he’d scaled the heights. 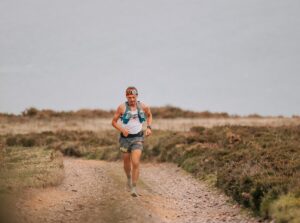 With 8000ft of elevation, the X Series Exmoor Ultra was not to be taken lightly

In August Jacek is planning to head over to the Lake District for the Scaffell Pike Trail Marathon which features 1800m of ascent on England’s highest mountain.

If he arrives there in the kind of form he’s showing now, or better even, then he is certainly going to take some beating!! 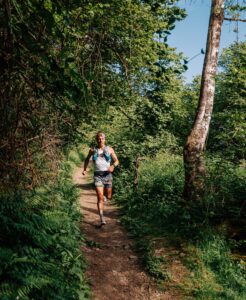