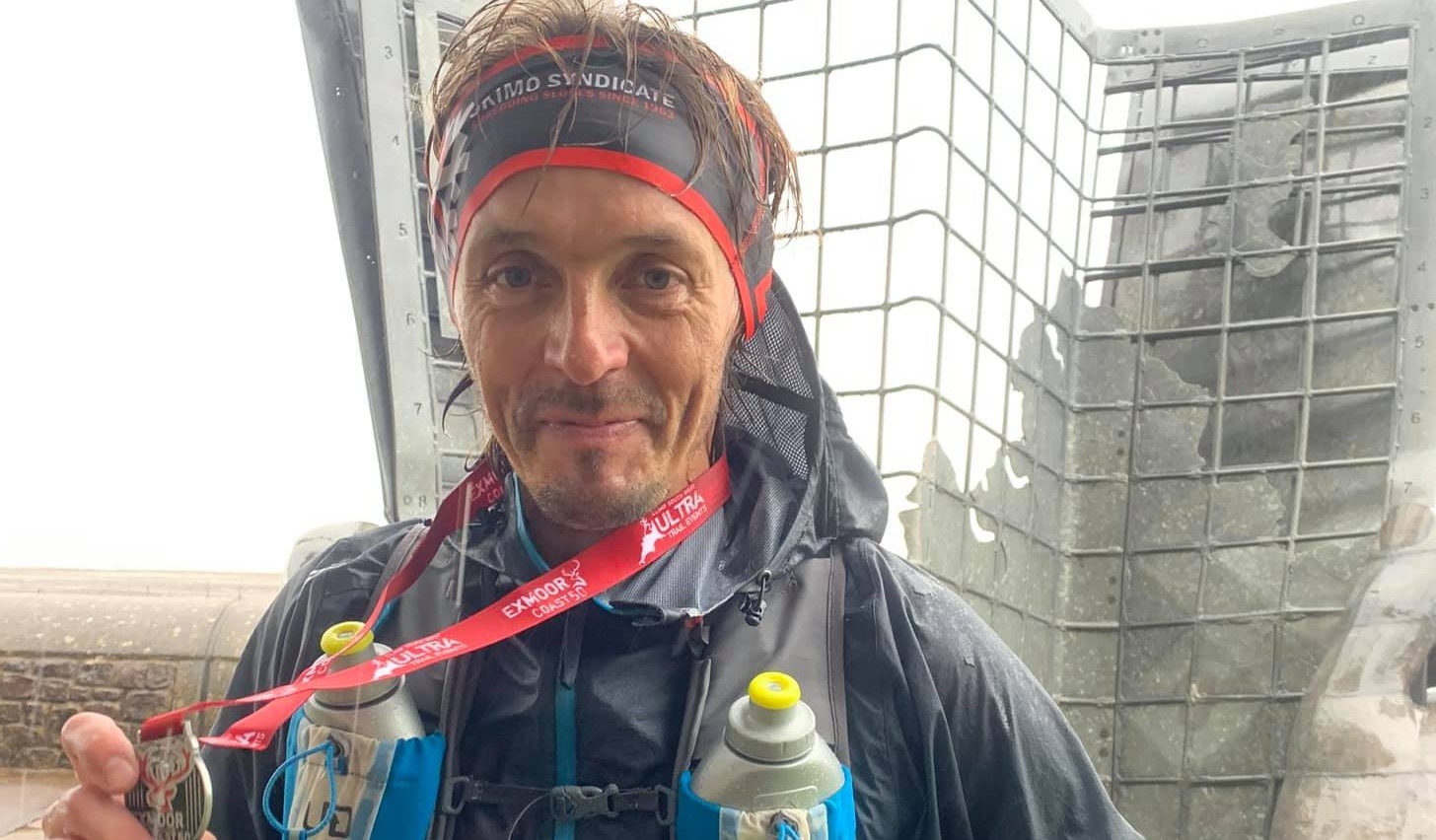 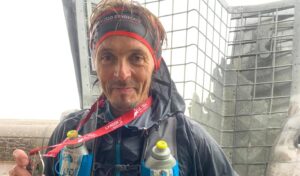 Taking on his second ultra marathon in Exmoor in the space of three weeks, Jacek Cieluszecki was in action in the Exmoor Coast 55k

That day Jacek ran a total of 33.3 miles with an elevation gain of 6,650ft. His time of 4 hours 44 minutes was enough to smash the course record by 8 minutes.

Despite that fantastic achievement though, he wasn’t done with that area of the country just yet. In fact, he was back for another big ultra, that being the Exmoor Coast 55km race which went from Combe Martin to Minehead.

Doing the CTS race had given JC an appreciation of just how tough the Exmoor coast is. It was definitely more testing than some of the other sections of the South West Coast Path, with steeper climbs and a more rugged nature to the terrain.

In a way though, for JC, the tougher the route, the better he’ll do as he specialises in hilly, off-road running and there are very few who can match him in that sort of domain.

As if the 55 kilometre route incorporating nearly 7,000 metres of climbing wasn’t brutal enough already, Storm Alex arrived just in time to add some spice to the proceedings in the form of some very very inclement weather.

That meant having to content with heavy rain and strong winds for virtually the entire run. It was to be an incredibly challenging race for JC, both mentally and physically. Of course, he rose to the challenge well though, as he always does.

The race started with a very tough climb that went on for the whole of the first two miles. There was certainly no room for easing the runners into it on this course.

Quite a few of the runners started before Jacek so when he set off just after 7am he at least had some people to chase down, or chase up, to be more accurate.

The third mile contained a very steep sharp descent. After that Jacek found his rhythm and was going at between 8 and 8:30 minutes per mile over the next four miles, which was probably a lot faster than anyone else was going.

Once he’d gotten into the lead, Jacek began to accelerate away at a speed that no one else could get anywhere near. From that point on it was more of a mental battle for JC. It was basically now him verses the course and the weather and as a combination, they were not easy to overcome.

The next big climb was on the 8th mile. Then it was another five faster miles for Jacek before hitting a long climb over the 14th and 15 miles. That was then followed by a descent enabling him to once again pick up speed.

From the 19th to the 24th mile Jacek was ticking along nicely despite the undulations. Then on mile 25 he hit some flatter ground for the next few miles.

The longest and steepest climb of the whole route started on the 28th mile and continued to the end of the 29th mile. Once Jacek had got over that it mostly downhill to the finish for the remaining four-and-a-half miles.

After completing a grand total of 33.48 miles along with a elevation gain of 6,929ft, Jacek made it the finish line. The previous course record was 5 hours 41 minutes. JC had somehow managed to get round in 5 hours 11 minutes. 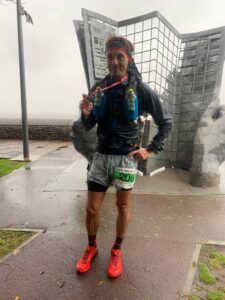 It was a real statement from JC and he’d laid down a marker that will surely be very difficult to beat in years to come. His average pace for the run was exactly 9 minutes per mile, which, considering the tough terrain, the extreme elevation and the atrocious conditions, was quite astonishing.

With a winning margin of 1 hour and 12 minutes it was a resounding victory for JC and one that was never really in doubt. Danny Nicolrizzo took second place in 6 hours 23 minutes, with Michael Harris the only other runner to get in under 7 hours. He took third in 6 hours 49 minutes.

The times tell their own story about how dominant JC was just how much quicker he was going than anyone else in the field. It really was a tremendous show of strength and proves why he is one of the very best.

The first female to complete the course was Melissa King, who finished in 7 hours 6 minutes. That put her in 5th place overall. Next it was Jo Sleep who came in in 7th place overall clocking a time of 7 hours 26 minutes.

A total of 45 runners successfully completed the 55km course on the day, with the longest taking 13 hours 54 minutes. To be fair though, on a course like that, with the weather conditions as they were, it was a hell of an achievement for anyone who finished, regardless of the time.

There was also a 110km race which was won by Jarek Turif in a time of 14 hours 39 minutes. David Parrott took second place in 14:45 with James Kelly finishing third in 14:55.

The showpiece of the event was the 110 mile race and that was won by Adam Mullholland in a time of 24 minutes 52 seconds. He was followed by Andrew Connor who crossed the line in 25 hours 12 minutes. Sebastien Betouret took third place in 26 minutes 12 seconds.

It was shaping up to be a very good end to the year for JC after securing a win and a course record in both of his post-pandemic ultra marathons thus far. His next task would be to tackle the Hellstone Marathon where he was undoubtedly looking to seal his third win on the spin. 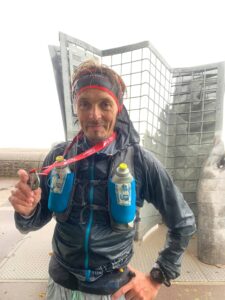