JC winds down with win at Weymouth Half Marathon 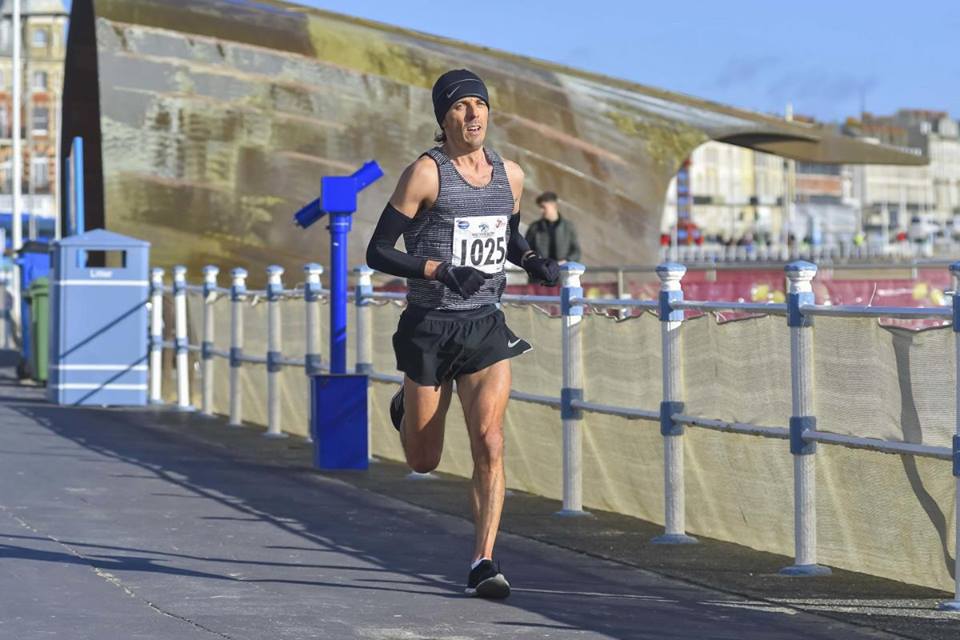 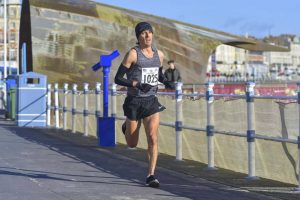 Just one week after a great run in the Barcelona Marathon, Jacek Cieluszecki was in action again, this time at the Weymouth Half Marathon

He probably should have been resting just one week after blitzing the Barcelona Marathon in just under 2 hours and 34 minutes but Jacek Cieluszecki doesn’t really do lazy Sundays. He just couldn’t wait to get back out there and get involved in another race, so that’s exactly what he did.

Weymouth was the scene for his next conquest and, after running so hard in Barcelona, he wasn’t sure how his legs would hold up but he decided to give it a go and see what happened.

It wasn’t the first time Jacek has competed again so soon after completing a big target race. In September last year he ran the Purbeck Marathon, which is one of the toughest around, just one week after completing the 7 Valleys 100k race back in his native Poland.

The 7 Valleys race wasn’t a flat, road 100k either. The route crossed several of Poland’s highest mountains, featuring an elevation gain of 4,500 metres. Not only did he compete in the Purbeck Marathon 7 days later though, he actually went and won it!!

It’s a one lap course, set predominantly along the coast line, making for a fairly fast and flat surface throughout. Whether he was on the cultured, city streets of Barcelona or the understated, seaside suburbs of Weymouth, it didn’t matter to Jacek though. He just loves to run and that’s all there is to it.

Setting off at lightening speed, Jacek drove the pace forward from the get-go and was looking to see who was strong enough to go with it. Not many could to be fair. 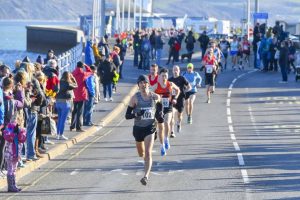 Back on Dorset ground and back in the familiar position of leading the race, Jacek drives the pace at the front of the field

He continued to push hard for the first five miles or so, building up a sizeable advantage over his nearest rivals. After that he began to feel the after effects of his exploits the previous weekends – and perhaps all the Spanish omelettes and cervazas he consumed afterwards.

Although he had to settle back into a slightly more comfortable pace, Jacek still looked in control of the race and cruised round, maintaining his advantage over the chasing pack. 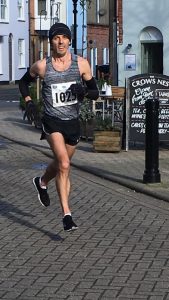 Finishing in a quite magnificent time of 1:12:49, Jacek sealed a superb victory, crossing the line 38 seconds ahead of Jo Corbett of Chichester who took 2nd place in 1:13:27. That gave JC an average pace of 5:31 for the run.

Arriving at the line together with Jo, Matt Papa of ButinSkin Runners took 3rd place, with a chip time of 1:13:28. Lee Dempster of Lytchett Manor Striders secured another big PB to finish in 4th position with his time of 1:13:43.

The first female to arrive at the finish line was Laura Trimble of Wimbledon Windmilers, who registered a time of 1:25:02, putting her in 22nd place overall. 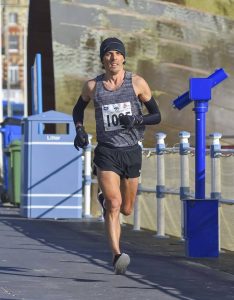 She was followed by Kate Towerton of Winchester who crossed the line in 1:26:52 to take 33rd place overall. Rachel Astington of Running for Time was 3rd lady, completing the course in 1:27:55, putting her 39th overall.

In total there were 973 finishers out of the 987 who started the race, with one being disqualified and 13 abandoning.

It was another terrific win for Jacek to add to his ever-growing collection and it showed that even on a day when he isn’t at his best, he’s still often better than all the rest.

Considering he’d run a marathon the previous weekend as well, to be able to turn in such a strong performance is a remarkable achievement from JC and again serves to underline what an accomplished runner he truly is. 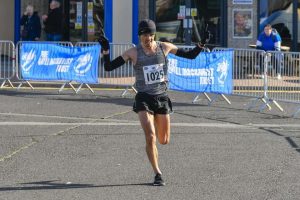 Sealing the victory in a time of 1:12:49, it marked the end of a very successful week’s work for JC after performing well in the Barcelona Marathon the previous weekend