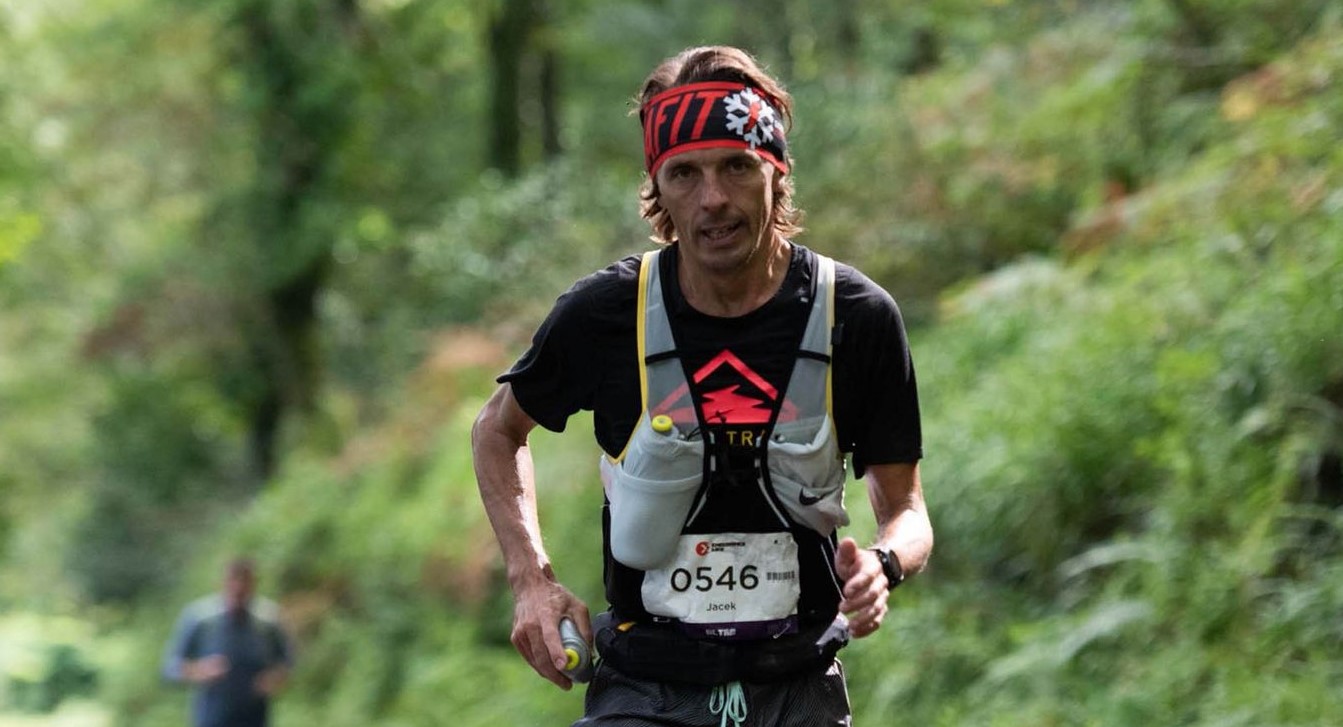 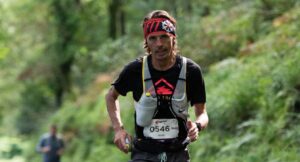 In his first race since the Coronavirus pandemic stopped play, Jacek Cieluszecki went in hard, taking on the 32.4 mile CTS Exmoor Ultra Marathon

Since the Covid-19 pandemic first began to gather pace in the UK the running scene has become something of an enigma, shrouded in uncertainty and disillusionment at every juncture.

With races being cancelled left, right and centre, athletes have been put in an untenable position, not knowing whether or not the races they are training for are actually going to be on.

Over recent weeks though we have seen the return of some competitive action, albeit sparingly and cautiously as event organizers look for new ways to preserve the safety of participants when bringing them together for a race.

Amidst all the uncertainty and trepidation though, one thing we can be sure of is – if it’s a long, hilly race on tough, off-road terrain, and if he’s in starting line up – Jacek Cieluszecki is going to be the man to beat.

Notching numerous race wins prior to the Covid-19 pandemic at a varied range of distances and terrain, Jacek has put together a magnificent back catalogue of successes over past seven or so years.

That includes a win at the Maverick inov-8 X Series Exmoor as well as a marvelous victory in the CTS Dorset Ultra, where he shattered the course record by over 30 minutes.

With his repertories in events of this type, there was every reason for JC to be optimistic going into his first race since the pandemic took hold which was the Endurancelife CTS Exmoor Ultra Marathon.

The distance was billed at 32.4 miles, incorporating 11,463ft of ascent. It was certainly going to be a stern test for all of those brave enough to take it on, but for JC, he was in his element.

With so much of his training being carried out on the unscrupulous slopes of the Purbeck, which is like a second home to him, Jacek knew his prospects of performing well were extremely high.

He couldn’t of course account for who would turn up on the day to challenge him, but it would take a very special runner to put JC to the sword in this type of domain. 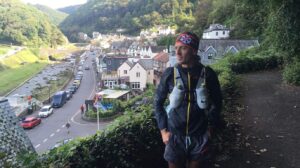 It was the first time Jacek had laced up his racing trainers since the Bath Half Marathon towards the end of March so it was exciting to see him back out there doing what he does best.

The CTS Exmoor is staged in the western area of Exmoor National Park where a trail runner’s mecca lay in wait. The course took the participants to dizzying heights with hugely steep climbs and long descents dominating the proceedings throughout.

The route also features open moorland, thick wooded valleys, historical ruins, sharp cliffs and rivers and the race organizers are confident there is no course in Britain that offers so much variation in terrain in such a compact area.

In the interests of maintaining social distancing for the competitors, they were set off individually, with one heading out onto the course every 15 seconds.

The route started on a sharp downhill curve which went on for majority of the first mile, giving Jacek the opportunity to get off to a fast start.

The real climbing started at the 2.3 mile point and that was where the sheer brutality of the cliffs around Exmoor started to become evident. 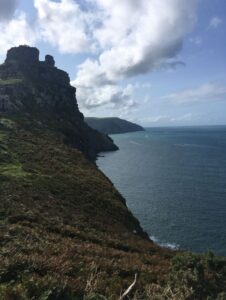 The Exmoor landscape was as majestic as it was unforgiving

JC’s closest rival in the Ultra distance stakes was David Atkinson and he wasn’t far behind, managing to run at a very similar pace in the early going.

That remained the situation until around about the 11th mile when David caught Jacek. Now the race was really hotting up.

The pair ran together up until the top of the climb on the 13th mile. Then David began to pull ahead on the descent. This was the point in the race where Jacek began to struggle.

Feeling a drop in energy levels and suffering a slight lapse in motivation, he needed to dig deep and find the grit to keep battling on.

Fortunately he had the strength of character to do so and after reaching the 20th mile he was feeling back to his old self again and was ready to give it his all for the remainder of the race.

Over the next few miles, both David and Jacek caught and overtook Dan Murdoch before he reached the end of his marathon.

David was still going well and managed to maintain his advantage over JC until they reached the bottom of the climb when they were just coming up to the 24 mile point.

It wasn’t one of the steepest climbs but it was long, and it was at a point in the race where the fatigue was really starting to set in. It was on this climb that Jacek made the decisive move.

About two thirds of the way up the ascent, he assumed pole position – and from that point on, it was all academic. Jacek began to pull away and the distance between the two of them began to grow substantially as they hit the descent on the 26th mile. 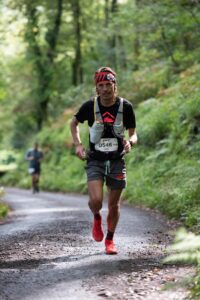 Once JC got into the lead up the hill on the 25th mile, there was no stopping him from that point on

The last steep climb of the race came at the 28 mile point and Jacek was well clear and home and dry by that point. Even though he knew he had the win in the bag though, there was still the course record to go for and that was enough of a carrot to keep him driving on.

The time he had to beat was 4 hours 52 minutes and 46 seconds. It did look like he was going to comfortably do that until he missed the last turning toward the finish line.

Luckily he soon realized he’d gone wrong and was able to get back on track. Although the incident did cost him a few minutes, it didn’t matter too much in the end as he made it to finish line in an incredible time of 4 hours 44 minutes and 7 seconds.

Despite that little mishap at the end he’d managed to better the previous course record by well over 8 minutes which was a remarkable achievement.

Clocking a total of 33.3 miles in the end, Jacek managed an average pace of 8:31 minutes per mile on a route that featured over 6,600ft of elevation.

It was a fantastic return to racing for JC and showed that, pandemic or no pandemic, he is still top dog when it comes to testing endurance courses with big and brutal ascents.

There was yet more drama at the end as well when David, who had been contesting the race win with Jacek up until the last 8 miles or so, took a wrong turn adding an extra 4 kilometers onto his activity.

That resulted in him losing second place as well and the person who took advantage of his woes was actually his wife Freya. She came across line in exactly 5 hours 26 minutes, with David arriving seven seconds later.

That meant Jacek’s winning margin stood at almost 42 minutes in the end, so it was a pretty comprehensive victory, even though he’d had to work very hard for it.

In the Marathon race, Eddie Rolls caught Dan Murdoch in the end on the same climb  that Jacek overtook David on, so with only about a mile left to go. The winning time for Eddie was 3:50:52, with Dan having to settle for the runner up spot with his time of 3:54:23.

Jacek’s wife Ela was also taking on the Marathon distance but she wound up following the Half Marathon route and after covering 33km, she realized she was lost and was forced to abandon.

The Exmoor course is regarded as the toughest in CTS series, which is quite a statement in itself. It’s definitely a true test of endurance  for even the hardiest of trail and fell runners, as Jacek can now vouch for. It was a test that he passed with flying colours though.

Next up for JC, he’ll be returning to the region for the Exmoor Coast 55km Ultra on 3rd October, which will be another grueling one to get his teeth into.