JJ Ox sets his stall out in Sherborne 10k 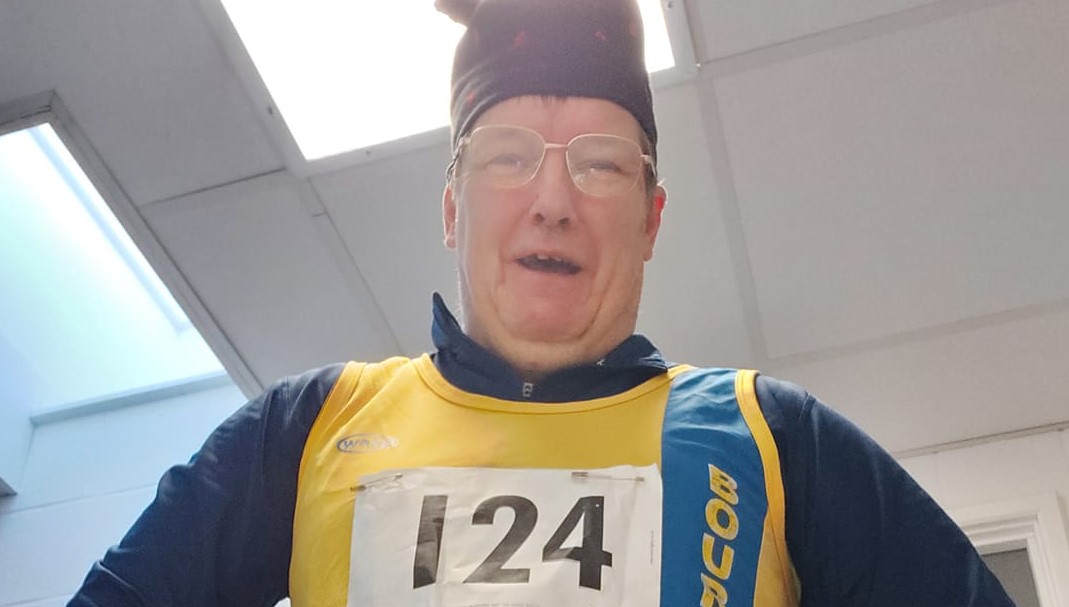 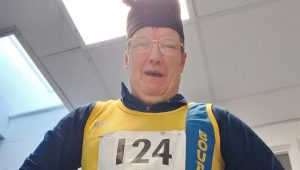 In his first race of the year, Julian Oxborough went all out in the Sherborne 10k which was staged on roads around Sherborne Sports Centre

The sun popped out for a rare appearance over recent weeks and a beautiful spring morning awaited the 200 or so runners who had signed up for the Sherborne 10k. That included Bournemouth AC resurgent Julian Oxborough who was using the race as a training base as he works toward the London Landmark Half Marathon on 29th March.

Over the past nine weeks Julian has been following a strict training plan designed by Adam Holland who is now coaching him. Adam holds the world record for running a total of 10 marathon in 10 days, all of which he completed in under three hours.

The plan itself is to help Julian achieve his goals over the distances he has targeted and it’s one that he now feels comfortable with. Julian feels he has more potential over middle distance races and is looking to make improvements in that area where possible.
One of his targets at this stage is to run a sub-60-minute 10k and that’s one he’s currently getting very close to.

The Sherborne 10k started off just outside Sherborne Sports Centre and was remarkably well organised with the option to enter on the day. It started at 9am so Julian had plenty of time to relax after collecting his number and get warmed up and focused for the task ahead. 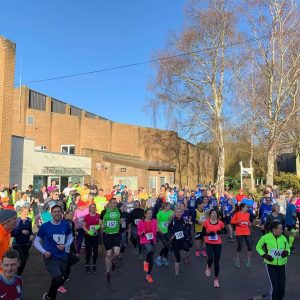 The course was set on open roads with the first mile taking Julian and his contemporaries around the town area. Julian managed to get into the middle of the pack and felt more relaxed in the early stages then he ever has before in a race.

The first mile was relatively smooth running but Julian knew the hills would be beckoning on the horizon after that. He went through the first mile at 10:20 pace which wasn’t a bad opener.

The hills came into play at about 1.5 miles, when a long steady climb led up the country lane. Julian went through the second mile in 10:36 before embarking upon the third mile which was all uphill. The fourth mile then followed which was again virtually all uphill. These were Julian’s slowest miles of the race at 13:47 and 13:07. 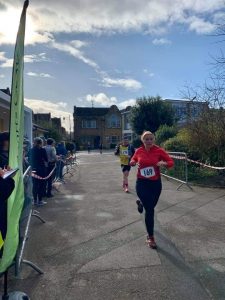 Julian heads towards the finish after tackling the gruelling hilly route

With the climbs over and done with it started to get easier from there and Julian went all out on the fifth mile registering a 9:52. Completing the last  mile in 10:54, his official finishing time was 1:10:55.

That was a big improvement on his last 10k time of 1:14:44 that he set at Glastonbury last May. Julian is feeling good about how his training has gone thus far and feels he’s made some good strides forwards. He’s hoping this year will prove to be his best since his comeback to running. 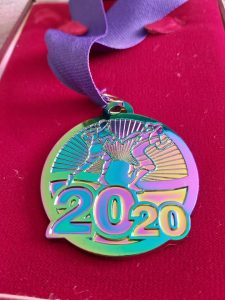 The medal Julian received after completed the Sherborne 10k

His benchmark for the London Landmark Half Marathon is 2 hours 30 minutes and he’s feeling optimistic about getting to where he needs to be to achieve that goal. Julian has also recently been accepted to represent the South West Vets Club for the British Masters which has given him an exciting new incentive. 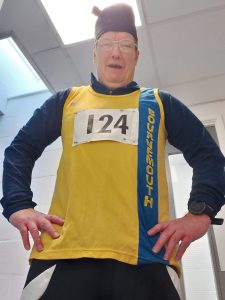 It was a step in the right direction for Julian as he works toward his goal of a sub 2:30 at the London Landmark Half Marathon