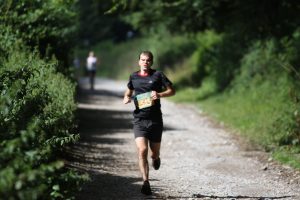 Seizing the opportunity when the late entry became available, Jon Sharkey finished in fourth place with a very strong time of 1 hour 43 minutes and 14 seconds.

This was a great result for Jon considering it was an impromptu race and given that the conditions were pretty horrendous. In truth, the race organisers, White Star Running did pretty well to get the course together in such challenging circumstances. 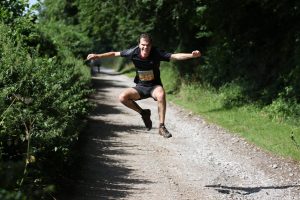 Despite losing her shoe numerous times in the thick mud on route, Tamzin Petersen finished in 2nd place in the senior female category, crossing the line in a commendable time of 2:25:58. This put her in 105th place overall in a field of 476. In fact, Tamzin was only just over a minute behind the first placed senior female.

As well as the muddy and hilly nature of the course, it was also 14.4 miles long, so slightly further than your regular half marathon. Although Tamzin had got a little frustrated about losing her shoe in the mud, she was able to overcome it when she was given some vodka the aid station.

Tamzin is currently in the midst of her training for the Bournemouth Marathon which takes place in October so she is doing some half marathon races in preparation for that, along with other high mileage runs. Let’s hope she doesn’t expect a shot of a vodka at the drinks station in all her subsequent races or she may end up disappointed. 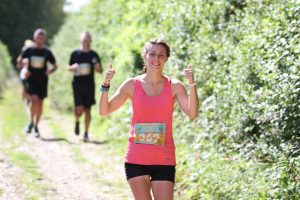