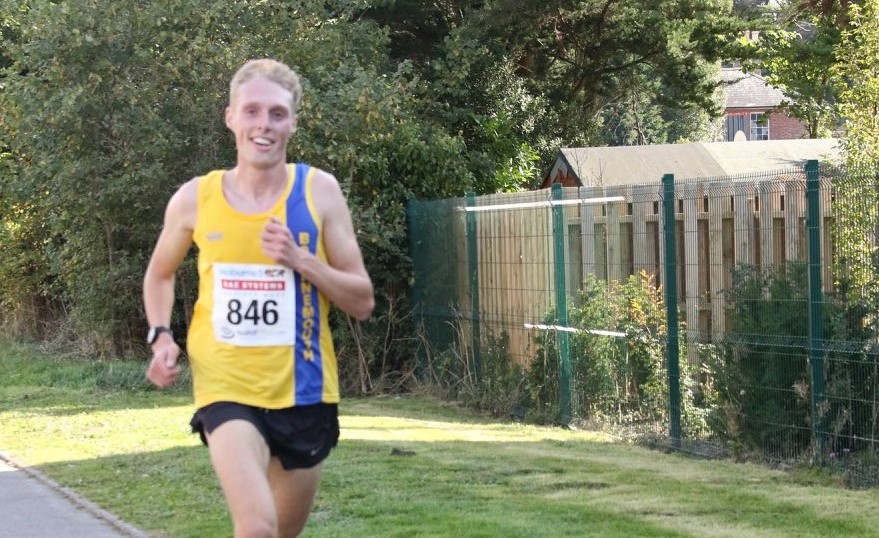 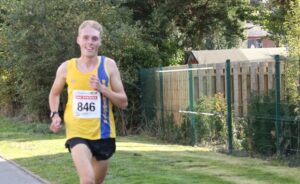 There are few better places to run in the south west than on the Jurassic Coast and the picturesque Isle of Purbeck provides a challenging and invigorating setting for a race.

Maverick to full advantage of the spectacular scenery and tumultuous terrain there to stage the Maverick Adidas Terrex X & Ultra Jurassic Coast 2020.

The event featured four races of different distances, with all routes setting off from Burnbake Campsite, just outside Corfe Castle. Amongst the distances on offer was a 53km Ultra, alongside a 44km ‘Long’ race, a 20km ‘Middle’ distance and an 11km ‘Short’ race.

The line up for the 11km ‘Short’ race included two Bournemouth AC members in the shape of Josh King and promising junior Emily Coltman.

It had been quite some time since Josh had been in action on the road race circuit, or off-road as it was in this case. In fact you have to go back to the Eastleigh 10k back in March 2019 to find the last time he was last in a major competitive race off the track.

That day he was part of the winning team along with Dave Long and Rob McTaggart, picking up the prize in a highly competitive race ahead of the likes of Aldershot, Farnham & District and Southampton AC.

Finishing in 7th place that day with a time of 32:16, it was a terrific performance from Josh. He had been ill all week in the build up to the race though and felt that he would have been capable of a sub-32-minute time had that not been the case.

As for Emily, she’d featured in numerous cross country races for Bournemouth AC, both at the beginning of this year and in previous years so she was no stranger to the rigors of an off-road route.

Running on the Purbeck was probably taking it up a notch though to be fair so it would be an intriguing test for her.

Finishing the season 12th in the Under 13 Girls division, Emily competed in all four of the Wessex Cross Country League fixtures last season.

That included the South West Inter County Cross Country Championships where she represented Dorset coming in in 36th place in her race.

She also competed in the Dorset County Schools Championship which was staged at Kings Park in January, finishing 19th in her race that day. 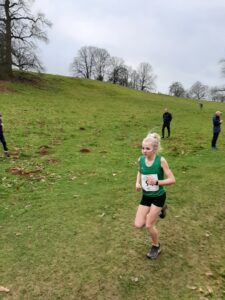 More recently she’d been at back-to-back track meetings on the same weekend, running in the 800m at Southampton on the Saturday and the 1500m in Portsmouth on the Sunday.

Maverick were one of the first event organisers to embrace the new form of racing, with social distancing measures being observed and each runner being set off at a different time.

Of course, with chip timing, it is still possible to see how quickly each competitor has completed  the course and formulate a list of results from that.

The only drawback is, you don’t necessarily know how well you are doing in comparison to other runners, so you just have to give it your best shot and see where you end up at the end.

Although he was only treating it as a training run, Josh managed to get round the 11km Maverick Jurassic Coast course in 45 minutes 16 seconds.

That made him 2nd fastest out of any athlete in the ‘Short’ race. It was only Ed Bird who managed to get round in a quicker time. He completed the course in 44:58. 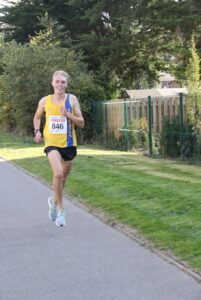 A decent run from Josh saw him take 2nd place, clocking a time of 45:16

Ed and Josh were significantly quicker than anyone else in the field, with Jonathan Martin taking 3rd place in a time of 48:15, three minutes slower than the time that Josh produced.

As for the race for the fastest female, that was still on and Emily was very much in the running. She managed to get round in a superb time of 58 minutes 13 seconds.

That was a benchmark that very few females in the race could match. In fact, she was only denied a 1st female position by Elissa O’Brien, who completed the course in 55:07.

Despite being in the Under 15 bracket, Emily had taken on and beaten all but one of the senior women in the race and that was quite some achievement.

She was also 9th quickest out of anyone in the ‘Short’ race in a field of 91 runners so it was most certainly a display to be proud of from Emily.

The next fastest female after Emily was Laura Edmonds and she clocked a time of 59:19, which was over a minute slower than the talented BAC junior. 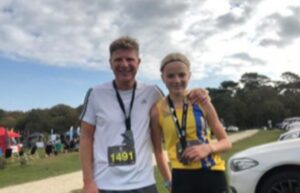 Emily with her dad Jason who accompanied her on the run

In the ‘Middle’ distance race Dale Seddon romped to an emphatic victory finishing in a time of 1:14:43. That was 7 minutes quicker than his closest rival Nik Darlington who finished in 1:21:44.

In the ‘Long’ race, it was Lewis Ryan who picked up the win, getting round the 44km course in 3 hours 57 minutes. That gave him a healthy margin of victory over Will Davey who was 2nd in 4 hours 18 minutes.

Jacek Cieluszecki’s wife Ela did the ‘Long’ race and she got round in 5 hours 55 minutes, putting her 7th fastest female. She had Jacek following her on a Beryl Bike throughout the run.

Unsurprisingly though, he discovered that a Beryl Bike is perhaps not the ideal mode of transport over that type of terrain!

The 53km ‘Ultra’ was won by Alex van Tuyl. He managed to make it round in an impressive time of 4 hours 32 minutes. That gave him a margin of victory that was over 20 minutes on Maxime Lelong who was 2nd in 4 hours 53 minutes.

Some other well known names from the Dorset running scene took part in the ‘Ultra’ race. Jason Bell completed the course in 5 hours 49 minutes to take 20th place overall.

Poole Runners man Neil Sexton also took on the challenge and he managed to get round in time of 5 hours 58 minutes which put him in 32nd place overall.

The route incorporated over 4,700ft of elevation so it was a real test of both mental and physical resolve.