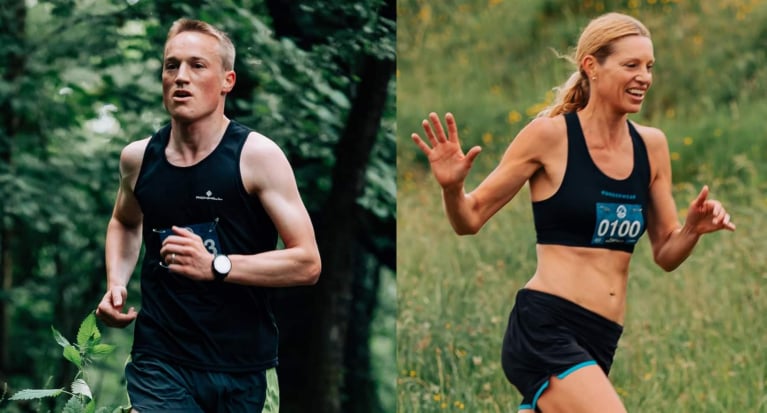 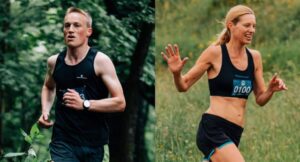 Taking place in the South Downs National Park, the Maverick Adidas Terrex Original Hampshire gave its participants the chance to explore the trails surrounding Winchester, whilst running as fast as they possibly can at the same time of course!!

That idea appealed to two of Bournemouth AC‘s finest athletes in Josh Cole and Emma Caplan. Josh came into it with great pedigree, having recently secured a new 10k PB of 33:30.

Since then though he had been suffering with a foot injury which had kept him out of action for almost the next two months and that certainly wasn’t ideal for his fitness levels.

Come the day of the Maverick Hampshire though he felt raring to go and lined up in the ‘Short‘ race, which consisted of a 9km route.

Emma also arrived at the event in good form after putting in some hard training for her forthcoming Ironman 70.3 event, which will take place in Weymouth in September.

Getting in some impressive long bike rides and some decent runs as well, plus swimming sessions, she has seen a considerable upturn in her fitness.

At the Huntsman Tri event in May she took part in the Duathlon where she finished as first female and fifth overall, so that was a good indication that her training is working.

It’s been a difficult juggling act though with work and children commitments meaning some weeks she doesn’t get as much done as she would like but she certainly trains hard when she gets the chance.

The Weymouth 70.3 consists of a 1.2 mile swim, a 56 mile bike ride and a half marathon run, so it requires a high level of endurance.

For the Maverick Hampshire event Emma opted for the ‘Middle‘ distance race, which was 16km, so a good training exercise for her Ironman. 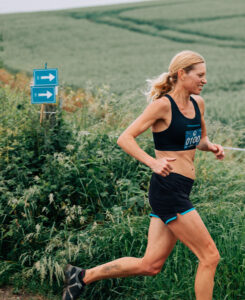 Emma went for the ‘Middle’ distance race which was 16km

The trail to follow at the Maverick Hampshire went through the quaint villages of Tichbourne and Cheriton, taking in various hills and undulations providing panoramic views across the South Downs National Park.

It is then on past the River Itchen and through some woodland before heading back to Cheesefoot head. The ground is fairly hard-packed so it is possible to get a decent pace going. Or in the case of Josh Cole, it’s inevitable!

Josh wasn’t taking any prisoners and got away quickly. At first he was going at around 6 minutes per mile, even though it was uphill. Then even quicker on the downhill and the flat sections.

That got him though the first mile in a lightening quick 6:05. The second mile contained some nice downhill stretches and Josh made the post of those, registering a 5:49 for his second mile. 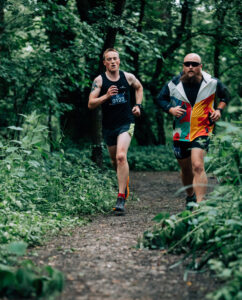 He may of lost out to this guy in the fashion stakes but Josh wasn’t letting anyone get the better of him for speed!!

The third and fourth miles incorporated a fair bit of elevation including one long incline that went on for a about a mile. Impressively, Josh still managed to blast through them quite quickly though at 6:11 and 6:19 minutes per mile.

Breezing through the fifth mile in 6:01, Josh was left with only 0.6 of a mile to go. After the final hill he had enough left in the tank to finish strongly and come in in exactly 34 minutes.

That put his average pace for the a run at 6:04 minutes per mile, which was incredible considering he’d tackled 588ft of elevation along the way.

In fact, it was so fast, even the race organisers seemingly couldn’t believe it as they added an extra hour to his time!! Eventually it got corrected though and it turned out Josh had a winning margin of almost two minutes on his nearest rival Ellie Monks of Canicross New Forest. 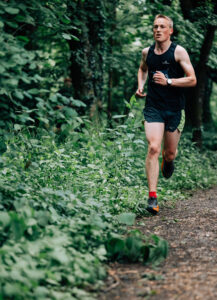 Ellie finished as runner up with a time of 35:56. Perry Jolley had to be happy with third place, clocking a time of 37:45.

The ‘Middle’ distance race was 16km long and featured 166 metres of ascent, so again, a fair few hills to get to grips with on route. Emma took it all in her stride though to finish in 1 hour 11 minutes and 2 seconds. 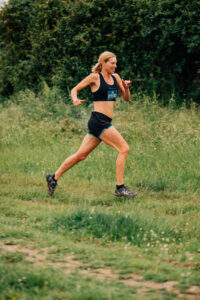 Even though the route was undulating, Emma still managed a very strong pace

That was good enough to see her finish 4th place overall in a field of 206 participants. It also made her first female and rather emphatically as well, with the next woman, Becky Neal, coming in at 1:15:36, putting her 16th overall.

Then it was Libby Brewin who finished 3rd female and 17th in the overall standings with a time of 1:17:33.

Philip Mosley picked up the race win in a very fast time of 1:01:45 which was way faster than anyone else. Dave Rawlins took almost 7 minutes longer to get round in 1:08:41 which gave him the runner up spot. Then it was Peter Smith taking 3rd in 1:10;44. 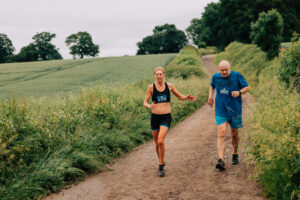 For Emma, it was another good result and a pleasing performance which should serve as a good confidence booster for her going forward as she looks to get into the best shape possible for her Ironman race.

Emma works for Runderwear and they sponsor Maverick so it was great for her to go and do one of the Maverick races. Although it wasn’t a mass start, the atmosphere at the event was fantastic and Emma enjoyed having the opportunity to mingle with some of her fellow running friends.

Josh was absolutely spent after his race. He’s one of those runners who has the ability to dig really deep in races, and even in training to a certain extent, to get that little bit extra out of himself. It was a painful one for him but if you pick up the victory at the end of it, the suffering is always worthwhile. 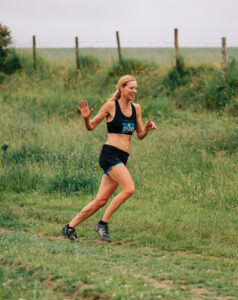