Joy and Janet Dickinson did BAC proud at the Speed Heptathlon and Decathlon Championships at Basingstoke on Saturday 23 September 2017. 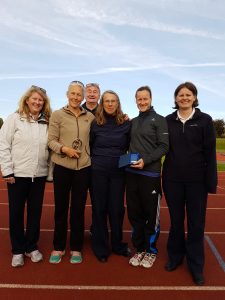 The Speed Decathlon event was held at Down Grange, Basingstoke for the 4th consecutive year, following the success of previous years. The competition included a ONE HOUR Decathlon, speed Heptathlon for ladies and a team Decathlon.

Basingstoke and Mid-Hants AC have themselves been a successful multi-events club in recent years, boasting many internationals across various age groups. This event was to celebrate this and offer a rare opportunity to compete in a one hour speed decathlon and speed heptathlon in 42 minutes. 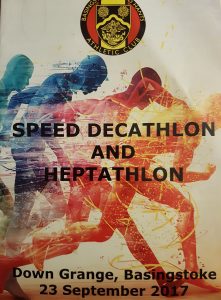 The driving force behind the resurrection of this event was Geoff Butler based on the concept that a group of athletes could together complete all 10 Decathlon events in the correct order, aiming to start the 1500m before 60 minutes elapsed from the 100m gun start.

Janet jumped (literally) at the rare chance to compete in a Decathlon, a combined event consisting of ten track and field events, usually contested by men.  Janet’s experience as a multi-event athlete and current British Heptathlon Champion (age graded) shone threw amongst a strong field of competitive athletes.  Joy, as a novice, opted for the Heptathlon (only 7 events), perhaps constrained by the daunting thought of the pole vault, triple jump, and back to back hurdle events (80m & 100m).  Perhaps her debut success will fuel her desire for more combined-events in the future.

As the day unfolded, it was soon became apparent that the event was organised by extremely passionate individuals, devoted to making it one to remember.  The day ran extremely smoothly with young assistants taking athlete’s bags around and providing support where needed whilst cheering competitors on.  The timers keepers and officials were highly competent and efficient with the bonus of good humoured fun.   It certainly was an event to mark the end of a fabulous BAC track and field season.  Trophies were awarded to the winners, celebrated in style on the podium, plus many prizes for individual best event scores and a goody bags to take home.

Apart from the slight windy gusts, the weather was fabulous, with beautiful sunshine providing both warmth and glorious blue skies.
Athletes from Italy, Holland, Germany and Sweden were competing and the incredible atmosphere amongst the athletes, officials and organisers was exceptional. 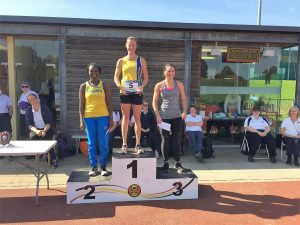 The day started well with Joy’s unexpected win in the 80m hurdles.  In Joy’s pod group was a her main rival, a pleasant master’s athlete who travelled from Sweden especially for the event. 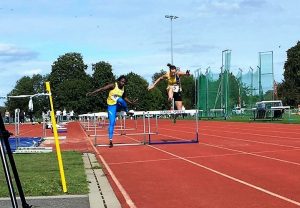 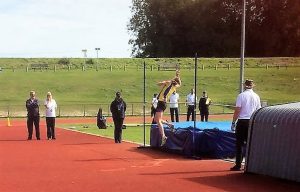 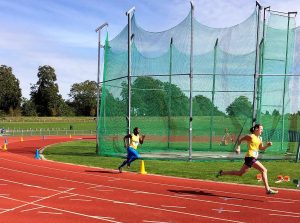 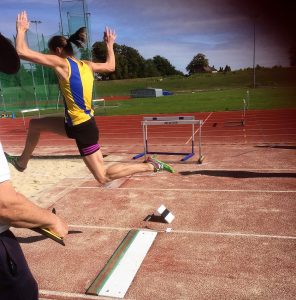 Long Jump taking off well behind the board 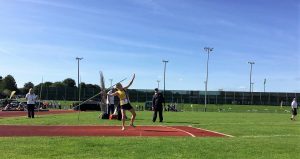 Joy dominated the ladies Heptathlon winning with a clear 600 points from the nearest competitor. 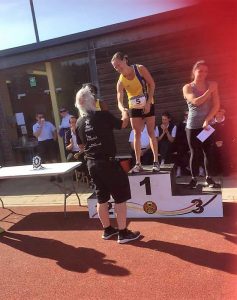 Joy being congratulated by one of the event organisers

Joy was somewhat baffled by the score calculations but was exceptionally surprised and pleased with her performance.  Even more so when she achieved the award for best overall 200m and 800m scores. 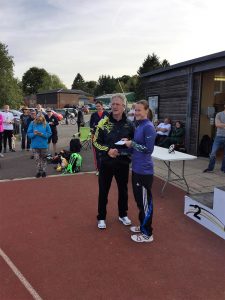 Janet Dickinson scored a remarkable 5593 points to win the mixed Decathlon, beating a large field of 30 athletes, (mainly men) and impressively the three Decathlon team.  Janet convincingly beat all competitors by over 500 points in this challenging age graded event. 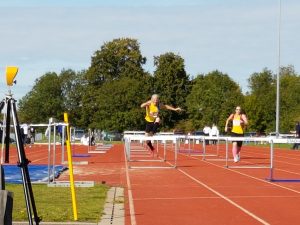 Janet flying over the 80m hurdles 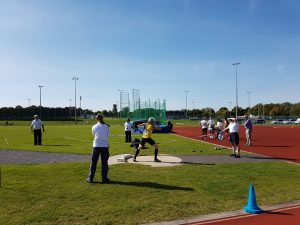 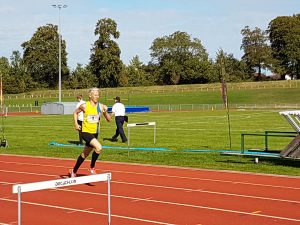 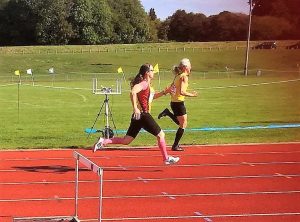 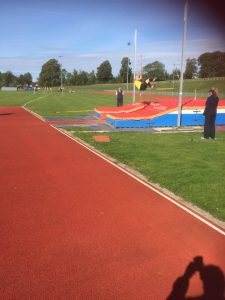 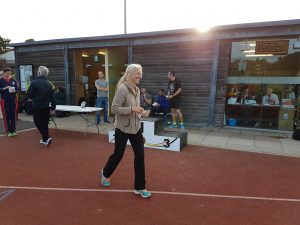 At the end of the day’s proceedings and after the presentations, the traditional Chunder (beer) mile was undertaken by a competitive set of brave (or slightly nutty) runners. 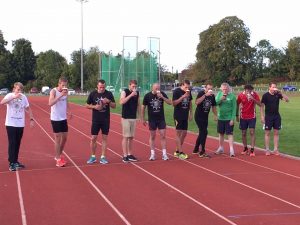 It was undoubtedly a fun and entertaining end to an amazing day (especially for the spectators).

Congratulations to the Geoff Butler, the Chunder Champion 5 years running. 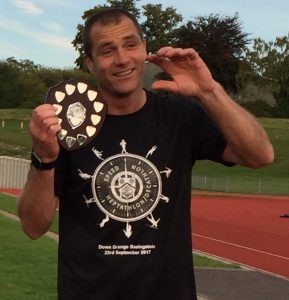 The whole event was excellently run from start to finish and one to look out for next year.  Those experienced or new to the event will undoubtedly enjoy a fabulous day, so don’t miss out and join the BAC Team next September!

Thank you to Basingstoke for putting on such a great competition and well done BAC ladies and team Officials, a suitable end to a great season at BAC!