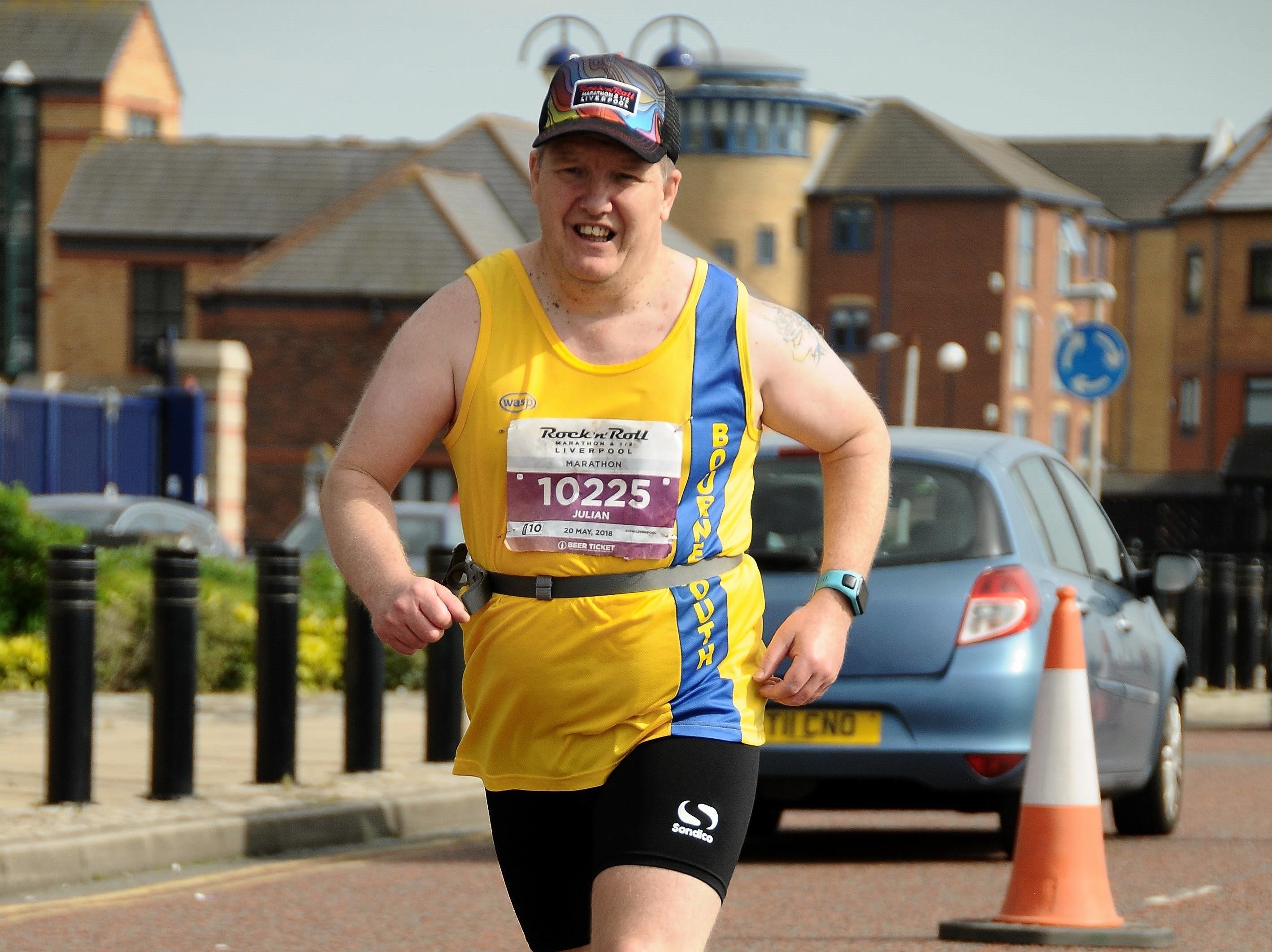 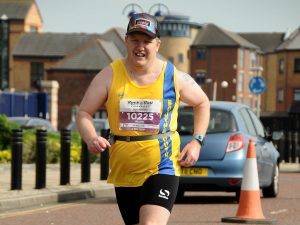 Julian Oxborough was realising a dream of his to visit the city of Liverpool and see some of the famous landmarks connected to the Beatles, whilst also running a marathon as well

Providing him with the opportunity to fulfil a burning desire he’s always had, the Rock ‘n’ Roll Liverpool Marathon was the perfect reason for Julian Oxborough to head on up to the music culture capital of the world.

As a massive fan of the Beatles, Julian was looking forward to visiting some of the famous landmarks including the Cavern Club, the homes of both John Lennon and Paul McCartney and of course Penny Lane, the subject of one the Beatles most famous songs.

Penny Lane was also part of the Rock ‘n’ Roll Marathon route, which starts off at the Albert Dock also runs past Goodison Park, the home of Everton Football Club and of course Anfield, where the mighty Liverpool F.C ply their trade.

The whole weekend has a sort of festival feel to it, with a concert being put on at the end of the Marathon. This year it was headlined by Space, a band who produced some big hits in the Indies era of the 90’s including Female of the Species, Neighbourhood, Dark Cloud and Me and You Versus the World.

From the Waterfront at the Albert Dock, the route headed toward the world famous Cavern Club, the home of the Beatles. After a jaunt down Penny Lane, it went towards the north of the city, heading around Goodison Park stadium, then through Stanley Park and the majestic Palm House. It then passes Anfield before returning to the city accompanied by spectacular views of the Liverpool skyline and the River Mersey.

From there it was past the Liver Buildings and towards Chinatown, passing through the Chinese Arch and Princes Park, following by Sefton Park and Otterspool Park. The finish was on the Waterfront promenade alongside the Liverpool Echo Arena.

Although there is plenty of sightseeing to be done on the way, from a running perspective, it’s a very tough, hilly course. Julian found miles 13 to 20 the hardest, although there was some respite to follow in the shape of a generous downhill section back to the city centre.

Aiming for a finish of around 6 hours 30 minutes, Julian had worked out the split times he needed to hit in order to meet that target. He started off at a steady pace and tried to remain disciplined throughout, only really speeding up when he had to to stay on his target pace.

As is often the case with marathons though, it’s hard not to get carried away and there were occasions when Julian was going faster than he should have. That did have consequences in the latter stages of the race as he slowed down a fair bit after 18 miles.

He had been hoping to keep to around 14 minute miling but the excitement of the occasion took hold to begin with and he ended up going at 12:25 m/m pace.

Once he settled down though he managed to slip into 13:55 m/m pace and he reached the half way point in 2 hours 40 minutes. Buoyed by getting through the first half in such a promising time, Julian began to push on, thinking he might be in with a chance of a sub 6 hour finish. 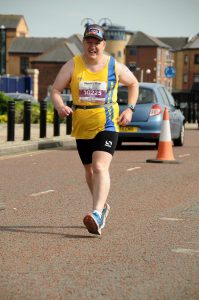 He got to the 20 mile point in 4 hours 40 minutes but with the hot weather, the last 10k was always going to be a tough going. He began to fall apart a bit from there, forcing him to eventually relinquish his chances of a sub-6 finish.

A lot of runners did seem struggle in the heat and it can be a major player in marathon races, as we saw from London back in April. Julian tried to keep hydrated as much as possible, taking in lots of water and Lucozade on his way round. He also took some SaltStick Caps to prevent cramp which seemed to work really well.

It was a feeling of huge relief as he arrived at the finish line, registering an official time of 6 hours 4 minutes and 31 seconds. That was certainly a vast improvement on his time at the London Marathon in 2017, when he finished in just under 7 hours 26 minutes.

After the race Julian said he’d found it the toughest out of any marathon he’s ever done. Because the first 20 miles were mostly uphill and only the last 10k downhill, it was a real battle all the way. Full credit to him though. He dug in and got through it and that’s the most important thing.

There’s still work to be done for Julian in order for him to get his fitness to where he wants it to be and it’s certainly a far cry from his sub 3 hour marathon days of yesteryear, but nevertheless, there are signs that he’s on the right track and is making good progress. 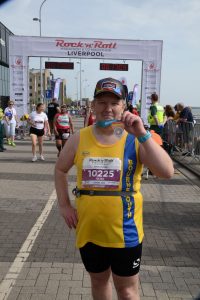