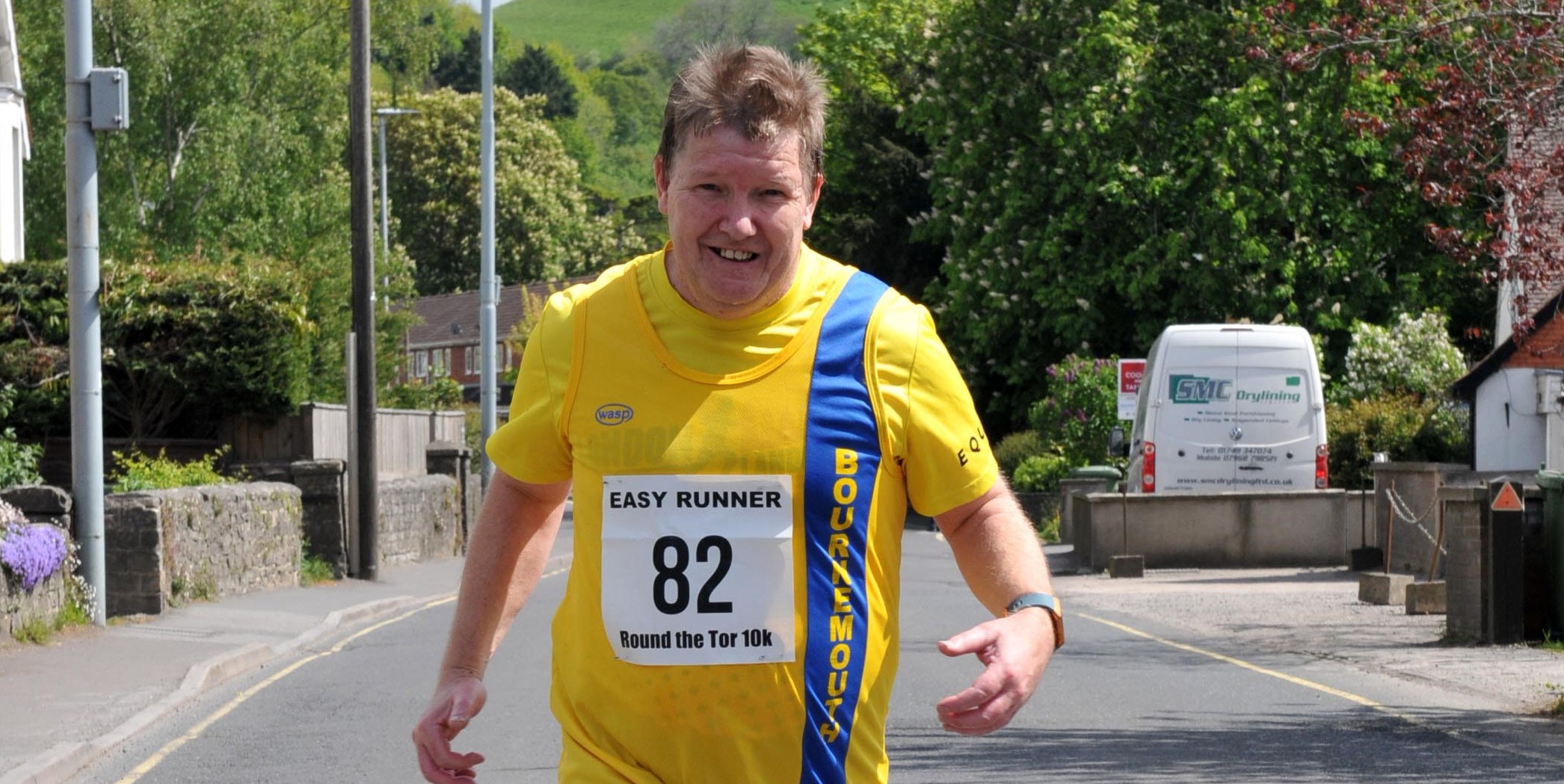 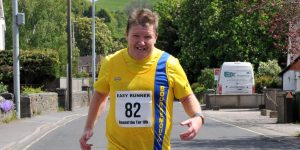 Usually one might head to Glastonbury for a week of festival fun and frolics; camping out in a muddy field each night in order to see their favourite bands or artists take to the stage and perform for the masses.

For Julian Oxborough though, there wasn’t so much as a can of cider in sight. He had a very different reason to visit the location as he was taking part in the “Round the Tor 10k” at the Glastonbury Road Run event.

After being unable to race in the last couple of events he`d signed up for due to illness, Julian was ready and raring to go this time out and was looking forward to getting out there and seeing how he would fare.

The Glastonbury Road Run event featured a 5k, a 3k and a 1 mile fun run for the junior school kids in the area, as well as the 10k race that Julian was participating in.

The “Round the Tor 10k” is also part of the Somerset Road Race Series. Although it’s quite a competitive event in spirit, there is also a fancy dress competition sponsored by local newspaper the Mid-Somerset News.

The original Glastonbury Road Run was held over a 5.69 mile course around Glastonbury Tor in 1981 and races have been held on an annual basis ever since, with the exception of 2004 when the race was cancelled due to the Foot and Mouth outbreak.

The 10k road race is now the largest of its kind in Somerset, with approximately 800 people taking part. The route is mostly across undulating, rural roads around the ancient and mysterious Isle of Avalon.

It predominantly follows the original 1981 route, starting and finishing near the alleged burial place of King Arthur within the grounds of Glastonbury Abbey.

One of the things Julian noticed at the start of the race was that there were a lot of Millfield students there, all wearing different t-shirts. There were hundreds of them.

Millfield is the local private school and it turns out that each Millfield boarder has to take part in one of the races. More than likely there are house points up for grabs, as well as personal glory.

Many of those who featured in the 10k race ended up getting carried away and starting too fast in an attempt to keep up with the elite club runners. That was something they would pay for later as the race progressed.

From the start point, Julian and the rest of the 10k competitors headed down through the high street and past the finish before heading out into the countryside. 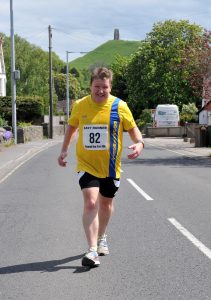 The support along the way was fantastic, with the streets in town being lined with people, three rows deep. That atmosphere was electric. The route then progressed onto a large loop around the Tor.

Julian`s target was really just to use the race as a training run as he works toward the Heron Half Marathon in June. He started off at a good steady pace but wanted to ensure he didn`t burn himself out. He knew it was quite a tough course so it was not a day to be hunting for a PB.

With each mile that he completed, Julian felt brilliant and increasingly strong. Reaching the 5k point in 35 minutes it was going well, especially since it was on such a hilly course. 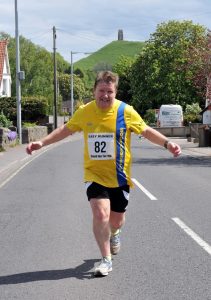 At the half way stage there was a water station where they were blasting out loud music. Julian found that quite motivating and it encouraged him to push even more.

As he reached the 9k point, he arrived at the Glastonbury equivalent of ‘Heartbreak Hill’ and it was immensely tough. Luckily there was some support there which helped Julian get through it.

Then at 9.5k there was a photo-shoot, which certainly wasn’t an ideal stage in the race to have it. That was followed by a long, downhill stretch to the finish, where the support was again magnificent. 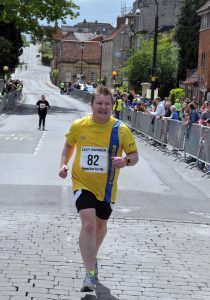 It was the best finish sector he’d ever seen for a local race, with rapturous cheering all the way. Crossing the line in a time of 1:14:44, Julian finished in 554th place and was 64th in the M50 category.

He was really pleased with that result as he’d been targeting a time of 74 minutes. In terms of placings, he was just glad not to finish last and in fact, he came in ahead of 14 other runners so that was a bonus.

The run should serve to give Julian some good confidence for his forthcoming half marathon and if he can show similar form to what he did in this 10k, he should be absolutely fine. 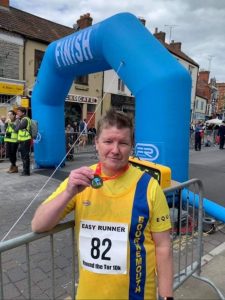