Julian Oxborough wings it at Heron Half Marathon 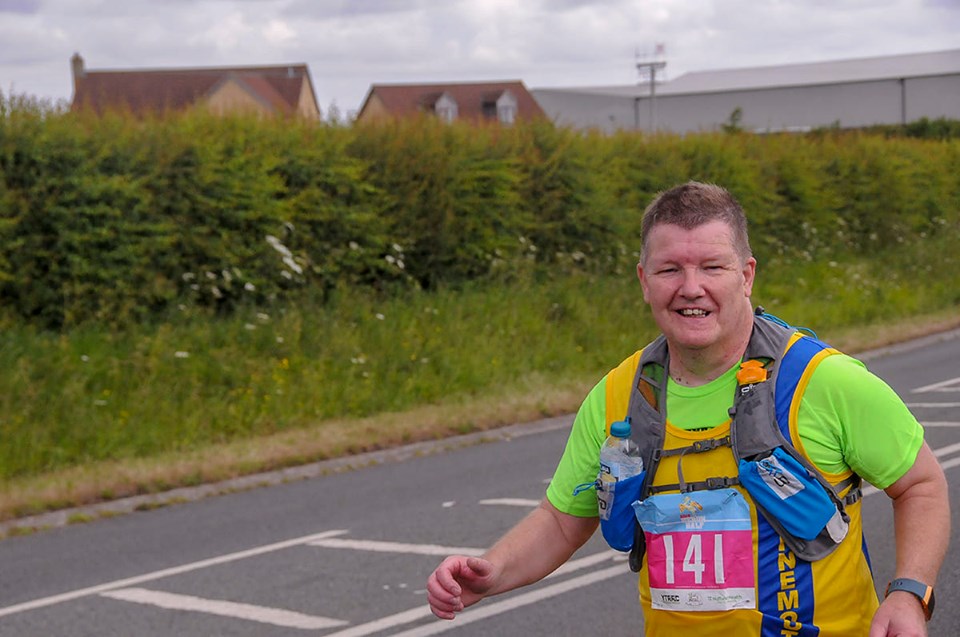 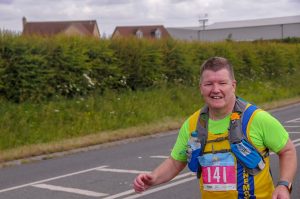 Julian Oxborough was in action at the Heron Half Marathon in Yeovilton, looking for a sub-three-hour time

For the second year in a row, Julian Oxborough headed over to Yeovilton for the Heron Half Marathon. The race is held on the same day and is part of the same event as the Yeovil Marathon, organised by Yeovil Town Road Running Club.

Last year Julian completed the course in 3 hours 4 minutes and 38 seconds so that gave him a good benchmark to aim for. If he could improve on that, that would be a result. If he could get under three hours, even better.

He was coming off the back of a great time at Glastonbury so was feeling pretty high. Not the music festival though… The “Round the Tor 10k” race at the Glastonbury Road Run event.

Before that he’d had to withdraw from a few races due to ill health so it was a positive step for Julian to be back out there again and he did well to finish in 1:14:44.

Of course, he knew a half marathon was going to be tougher than a 10k but he felt prepared and ready to give it his best shot.

The route was on a fairly flat road surface round the villages surrounding the Royal Naval Air Station Yeovilton, which is home to over 100 Royal Navy aircraft operated by front line and training squadrons of the Fleet Air Arm and Commando Helicopter Force.

The weather was fairly warm on the day so Julian decided to set off fairly conservatively. For the first few miles he was going at between 12 and 13 minutes per mile. Up to the ninth mile, he remained at under 14 minutes per mile. 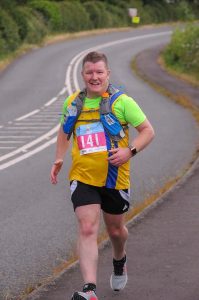 On the ninth mile he caught up with some runners whom he recognized from the start line. In fact, they were the very same runners who had ridiculed him at the start of the race, telling him to take it easy as he’ll have no one else around him to worry about.

He waved at them and said “Have a nice day!” as he went past. They perhaps won’t be making that same mistake again.

For the next four miles Julian was keeping to just over 14 miles before going back down to sub 13 minute miling for the last mile and cranking it up a notch for the final 0.2 of a mile. 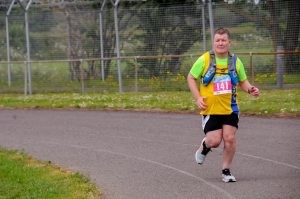 Since he was finishing so strongly, it was clear to see that Julian was feeling good on the day and had paced the race fairly well. In fact, his finishing time was 2:56:38, giving him an improvement of 8 minutes on his time from last year.

He was over the moon with that result and although he found it mentally tough, he’d managed to find the resolve to keep pushing on as the miles went by.

His finishing position was 230th and he was 33rd in the M50-59 category. It was his third fastest half marathon since coming back into running. The other two were the Salisbury Half Marathons of 2016 and 2017. 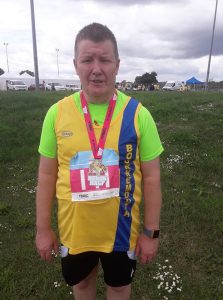 Funnily enough, the next race Julian has got lined up is the Salisbury Half Marathon in September. He’s hoping for a time of around 2:30, which would be a huge improvement.

There’s a lot of hard work ahead if he’s going to achieve that goal but one thing is for sure and that is that Julian will give it his best and will make sure he acquits himself well for it. 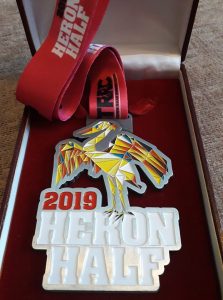