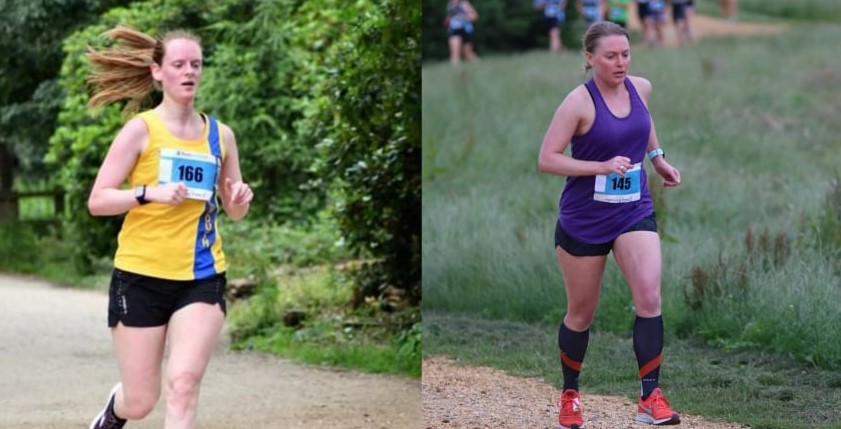 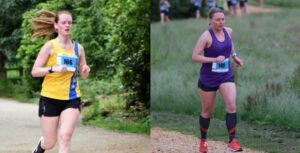 With both Katrina White and Nikki Whittaker seeing some improvement in their second race of the Upton Summer Series, the question was, could they do it again in Race 3? 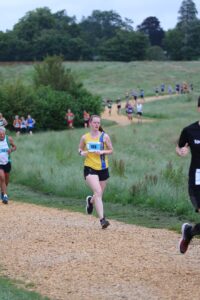 Katrina makes her way along the gravel track 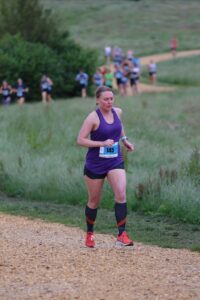 Nikki follows along shortly after

The conditions were slightly cooler again this time round which was likely to work in their favour.

Now targeting a sub 27 by the end of the series, Katrina had a new focus and served as a good motivation for her to push hard in the third race.

Feeling strong most of the way round, Katrina had an excellent run and as a result, managed to achieve her goal there and then. Getting round in a time of 26:50, she came in 55th overall and was 6th woman over the line.

It was a very impressive performance from Katrina and she was extremely pleased with the outcome. 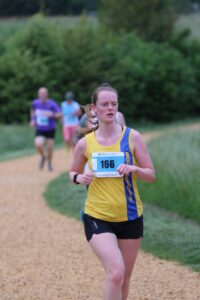 Katrina was going for a target of under 27 minutes 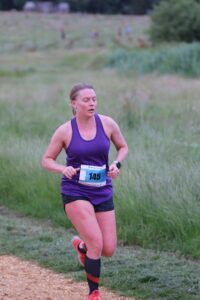 Nikki progressed well round the course this time round

Nikki went over on her ankle in second mile but it didn’t see to effect her much and she continued on at a good pace. Completing the course in 29:26, Nikki reached the line in 84th place overall.

That made her 22nd fastest female and gave her a 12 second improvement on her time from Race 2. Her splits were much more consistent this time round as well which is always a good sign.

A total of 148 runners featured in Race 3 of the Upton Summer Series, so once again, it was a pretty good turnout for a Wednesday night and the runners seemed to enjoy rediscovering that competitive racing spirit. 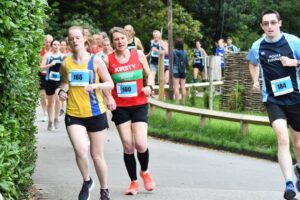 Katrina was the 6th fastest woman on the day 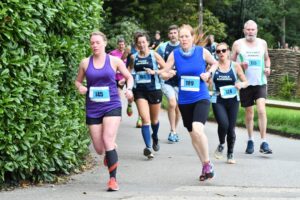 Nikki was 12 seconds quicker than she was in Race 2

As he did in the previous race, Matthew Brown of Littledown Harriers sealed the win in a time of 18:58. He was followed by John Ingleson who took 2nd in 19:41 and Dion Garner of Poole Runners who was 3rd in 19:46.

Places 4, 5 and 6 were taken by the same athletes as in the previous week, with Tom Andrews of Lytchett Manor Striders taking 4th in 19:54, Duncan Cooper of Poole AC in 5th with 20:07 and Aidan Dure-Smith of New Forest Juniors finishing 6th in 20:08.

Charlotte Bunch of Poole Runners was 1st female in 22:23 putting her 21st overall. Then it was Sophie Watton of Wimborne AC who was 38th overall in 24:46 and just pipped Lesley Moore of Poole AC to the post. She registered a time of 24:46. 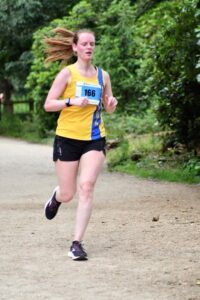 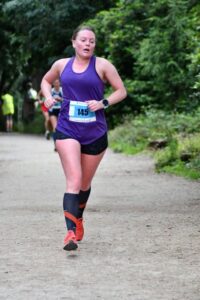 In the cumulative leaderboard after the first three fixtures, Katrina moved up to 6th placed female and Nikki moved up to 14th.

Charlotte Bunch still leads the way, now with two wins and a 2nd place from here three races. Lesley Moore is 2nd female with two 5th places and a 3rd.

In the overall stakes, Matthew Brown is still out in front with two wins and a 3rd place. Then it’s John Ingleson with a 6th, a 3rd and a 2nd. Then Tom Andrews with two 4th places and a 9th.