Ken and Estelle go to the Winchester Half Marathon 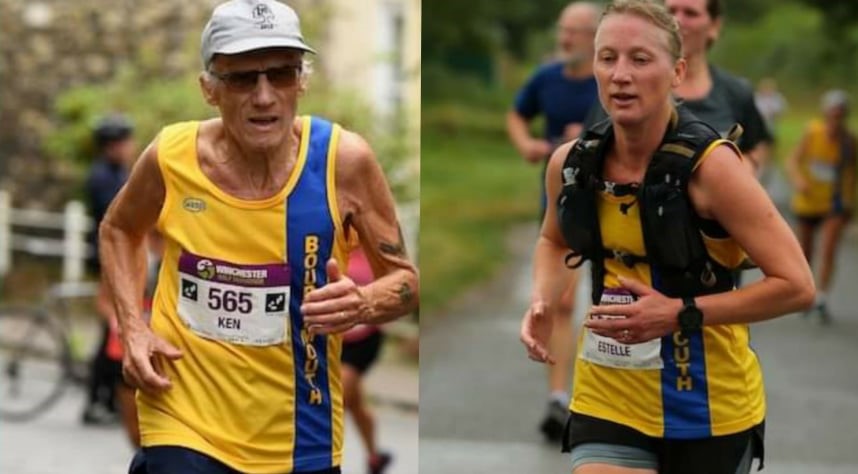 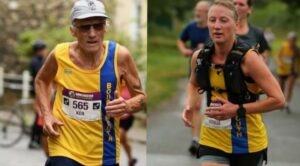 Unlike in the popular slapstick horror movie Shaun of the Dead, there was no zombie apocalypse to worry about on this occasion when Ken Parradine and Estelle Slatford went “to the Winchester”… Half Marathon.

There were, however, some pretty scary hills to contend with on the route that were enough to give any runner the heebie-jeebies. In fact, the route encompassed 281 metres of elevation as it looped round the city, starting and finishing in the centre of Winchester outside the Guildhall.

Having done four hill sessions in the week leading up to the race, Ken had already done his fair share of inclines before he’d even started the half marathon.

Estelle has signed up for the Run to the Sea 50 kilometre ultra so she was taking the Winchester Half Marathon as a training run for that and did a few kilometres as a warm up before heading over to the start line. 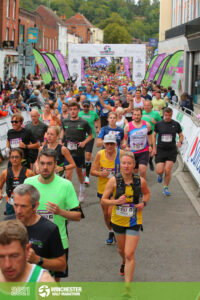 Estelle and Ken get their race underway 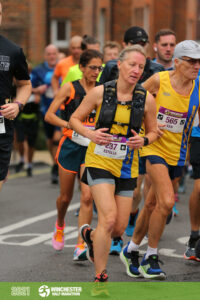 The BAC duo look determined as they head off

The race started with a massive hill that went on for the majority of the first three miles. Buoyed by his recent hill exploits, Ken shot up the first ascent but Estelle managed to catch up with him shortly after that.

By the time he got to the six mile point, Ken was exhausted and after that he had to stop and walk a few times during the remainder of the race, although only for about a minute or so each time. 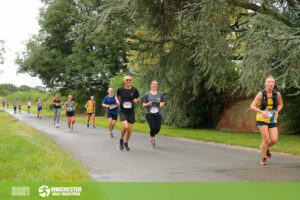 Estelle begins to extend away from Ken 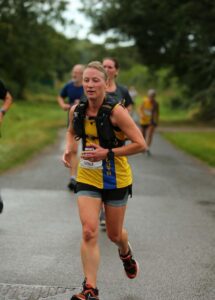 Estelle gets into her stride 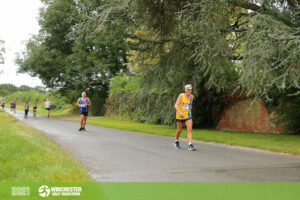 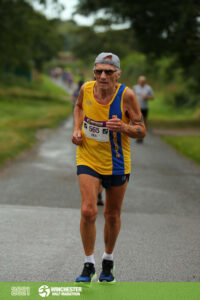 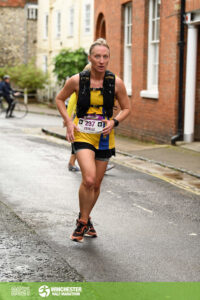 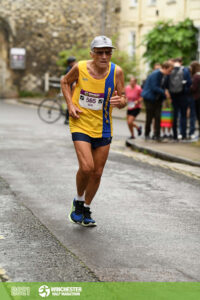 Once she’d reached the half way point, Estelle was feeling pretty good and was really enjoying the rural nature of the course. She knew it wasn’t going to be a fast one so the pressure was off a bit from that perspective.

She did manage to crank the pace up a bit for the finish though, spurred on by a great atmosphere generated by the onlooking crowds. 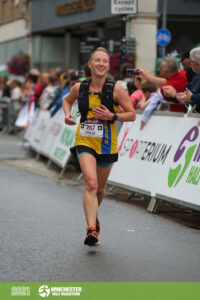 Estelle laps up the support from the crowd 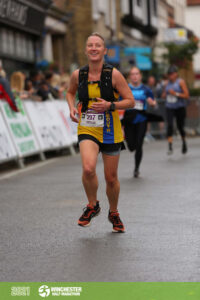 Estelle looks happy as she nears the finish 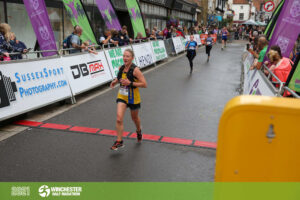 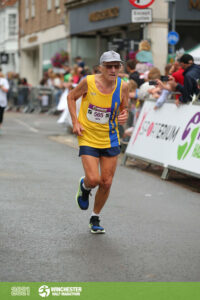 Ken is relieved to be approaching the finish 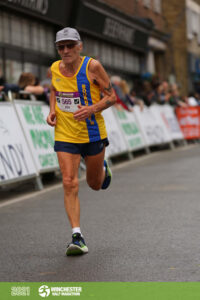 Ken in full flight as he heads down the finishing straight

Completing the course in a time of 2:08:05, Ken was 472nd overall and took 3rd place in the Male V70 category. Considering he’d had to walk in places, Ken was amazed with his time. 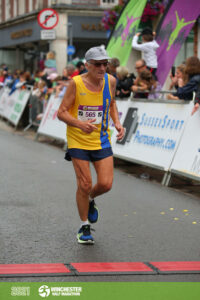 Ken arrives at the finish line

Keeping a cool head when it mattered most, Guy Brayn of Winchester & District adopted the right strategy to claim the victory, getting round in a terrific time of 1:16:50.

Laura Butchart was 1st female, finishing in 1:33:36 which put her in 58th place overall. That put her just under a minute ahead of Ellie Duncalfe who was 2nd woman and 67th overall in 1:34:34. Bryony Thompson of Winchester & District was 3rd female and 70th overall with her time of 1:35:15.

Ken’s next race is the Bournemouth Half Marathon this coming weekend and he’s looking forward to the prospect of a race with fewer hills.

Having only run two marathons before Estelle is continuing her prep work for her 50k race in just over a week’s time. It will represent a big step up in distance for her and a testing challenge to overcome.