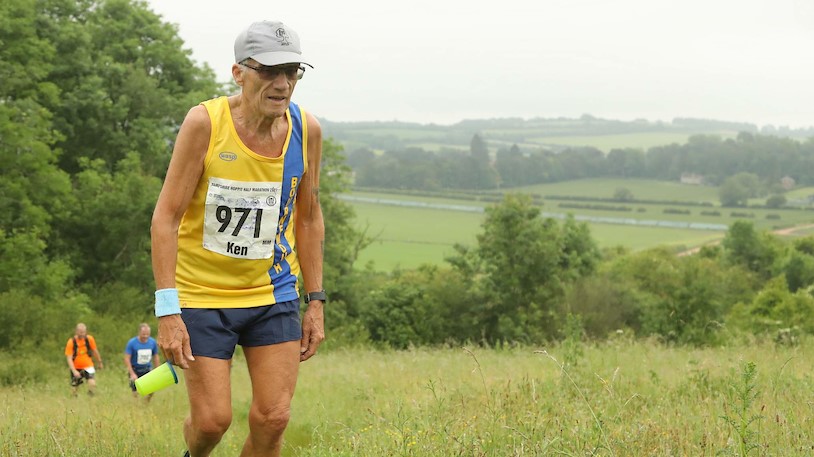 Granted unique access to the unspoilt private estate of Hinton Admiral, UK Running Events took the New Forest Off Road Half Marathon to the wonderous woodland, offering competitors an untouched countryside setting as nature intended it to be.

The route contained stunning tree-lined paths and a backdrop of vibrant coloured bracken aside hard-packed gravel tracks. Weaving through ancient forests and heathlands, it was an area where deer roam free and wildlife flourishes in its natural habitat.

The event saw races of three different distances pencilled in, with a 21k, a 14k and 10k for the runners to choose from. All the courses were relatively flat, offering the participants a chance to find their rhythm as they negotiate their way round.

After suffering a painful glute injury at the Run Bournemouth Half Marathon back in October, it had been a long and drawn out process of recovery for Ken Parradine and the New Forest Off-Road event would be his first competitive run since.

Given that, he opted for the 10K route as a way of easing himself back into it. It turned out though that it wasn’t actually quite as advertised. In fact, it turned out to be 12K in distance, so there was an extra couple of kilometres to conquer for Ken. As the late, great Andy Gillespie used to say though, it just means you get a bit more bang for your buck!! 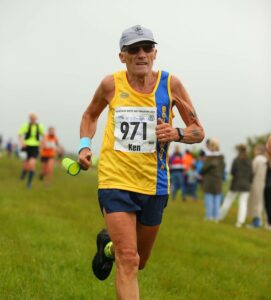 With the mud and the puddles he had to face though, it was a tricky route to negotiate for Ken. There were even pieces of trees that had been cut down which were strewn across the path in places, providing many an obstacle to overcome.

Despite the challenges along way and taking a tumble at one point, Ken managed to get round successfully, crossing the line in a time of 1 hour 24 minutes and 26 seconds. That put him in 96th place out of 186. 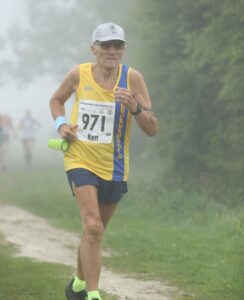 Ken was third best in the over 60 division

It was Louise Small who picked up the overall race win in the 12K distance, finishing in 49 minutes and 1 second. That was just enough to edge her ahead of Lee Thomas who was second in 49:07.

The 14K race was won by Matt Sargent in a time of 55:20 which put put him exactly five minutes ahead of his nearest rival Darryl Still who was runner up.

Off-road specialist Luke De Benedictis picked up the win in the Half Marathon race, recording a terrific time of 1:27:03. 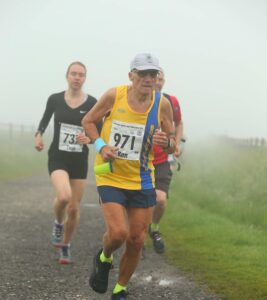 Although it was testing at times, Ken got through the race unscathed

In addition to his talents as a runner, Ken is also a dab hand when it comes to poetry and after gathering his thoughts post race, he came up with this candid composition…

March 26 Hinton Admiral was the venue today,
The Half Marathon runners were on their way.
Next it was the 14k runners who were told to go,
Minutes later my 10k race started at 09:30 or so.
—-
The first three miles, it was puddles and mud,
So difficult in areas my foot landed with a thud.
Going through the woods was very hard indeed,
On the narrow paths it was easy to impede.
—-
The woods had small cut trees across the path,
I thought to myself ’ are they having a laugh ’.
In some parts the puddles and mud were worse,
Running through this, some uttered a curse
—-
I was glad to see the finish line come into my sight,
Gathering my strength, I tried with all my might.
Not wanting to sprint until nearer the line,
Then I managed a sprint finish, great, I felt fine.
—-
A slow time of 1 hour 24 but it satisfied my effort,
I fell in the woods, without a mark, believe it or not.
Considering the terrain, it was all I could do,
There will be another race but I will leave that to you.
—-
By the way, this 10k race turned out to be a 12k race!!!