Kirsty Drewett and Ian Graham face off against The Beast 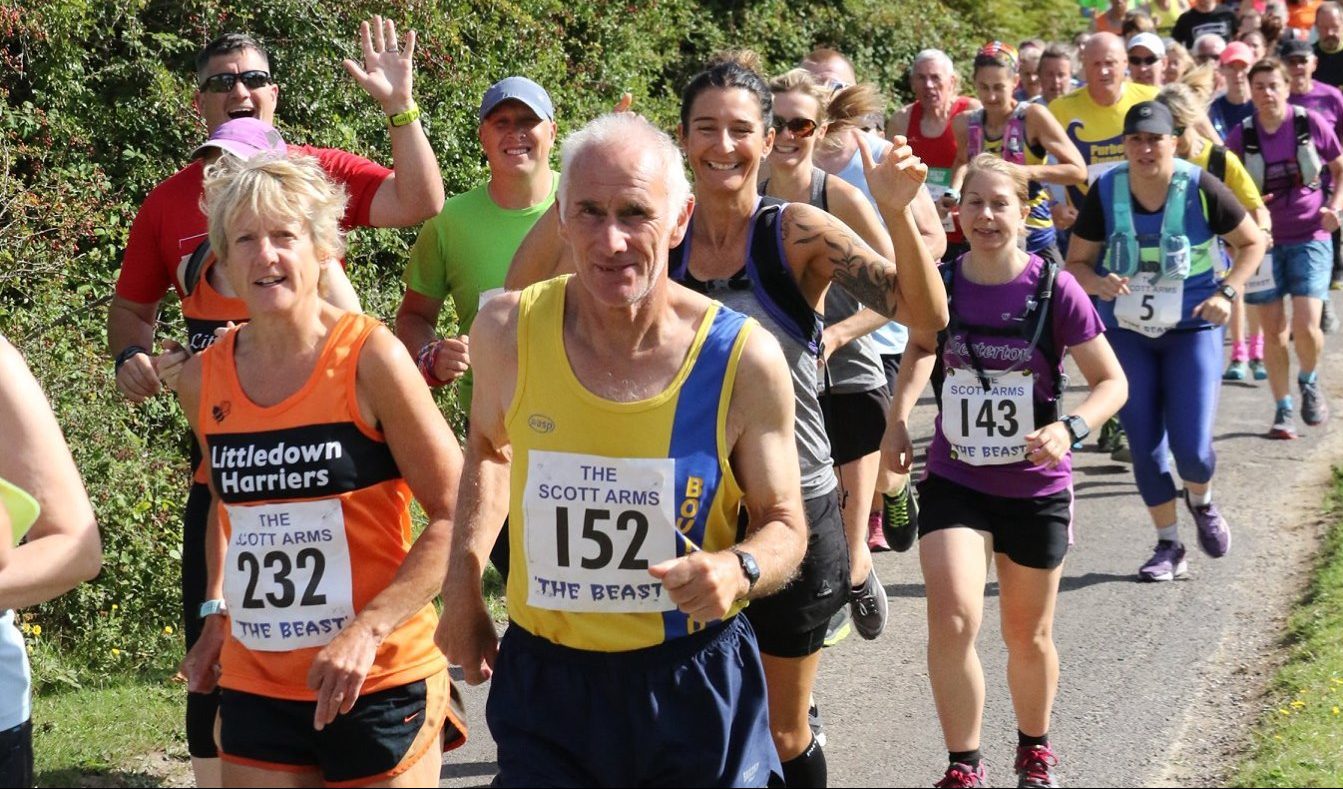 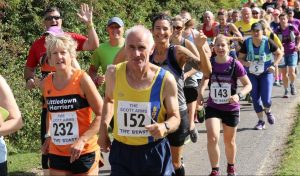 After a long walking holiday, Ian Graham was quickly thrust into racing action at The Beast where he had to contend with a very tough, undulating route

Beast by name and beastly by nature, the “Tout and Back Again”, as it’s otherwise known, is one of those races that is as brutal as it is brilliant. It’s one of those runs where the course almost seems especially designed to be as testing as possible.

Of course, the difficulty level of the race is somewhat offset by the spectacular Dorset views you encounter along the way, with the route starting off on Corfe Castle Common and heading out towards Worth Matravers. Then it’s on to the coastal path, with the sea views providing a quite splendid backdrop.

After that it heads back up towards Corfe with some hellacious hills to overcome along the way. There are also some steps to negotiate as well which can really sap the energy out of you. To give a rough idea of the task, you’re looking at 1,800ft of climbing over the course of the 12.5 mile route.

Kirsty Drewett is becoming quite a fan of tough, hilly, off-road races though and she’s completed the Purbeck Marathon, the Hellstone Marathon, which featured over 1,150 metres of elevation, and the Dorset Ooser Half Marathon, which took her upwards of 1,150ft of climbing. She’s usually in her element over this type of terrain.

Also getting in on the action, Ian Graham had recently returned from a 19-day walking holiday up in Scotland which saw him cover a total of 215 miles across the Southern Upland Way.

You could argue that’s not the ideal preparation for a tough, hilly, near-on half marathon but then, he did do a fair bit of climbing over the course of his 215 mile walk so he’d certainly had plenty of practice. Excessive walking does often seem to have an adverse effect on running though in the immediate aftermath, so it was always going to be tricky for Ian.

The race starts off on quite a thin track which can create some congestion when you have 371 runners trying to jostle for position all the way down.

Kirsty normally positions herself about two thirds of the way back when on the start line as that’s where she finds she usually finishes up. That created a bit of a problem for her at The Beast though as there was a bit of bottleneck which meant she got held up and initially could only go at walking pace until the track widened.

Once that happened though and she got properly on her way she was able to get into her stride and find a rhythm. It was still a very testing route though and steps she had to climb up added to the enormity of the task. 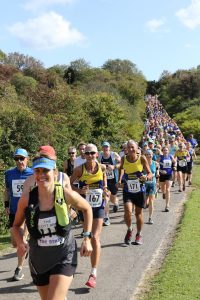 Positioned quite far down the field to begin with, Kirsty got held up a bit due to the narrow pathway

Ian didn’t get off to the greatest start either, taking a tumble quite early on in the race and finishing up on his back in a bed of nettles. The stinging didn’t add to his enjoyment of the run and it was only some 24 hours later that it had completely subsided. 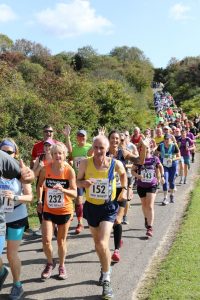 Ian gets his race underway, unaware of the fate that would befall him a short way in

Since she’d taken it pretty steady over the first half of the race, Kirsty managed to pick up the pace a bit over the latter stages and managed to take quite a few places and work her way up the field. 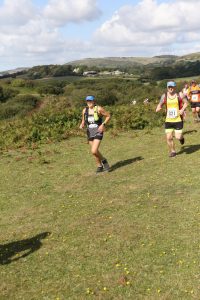 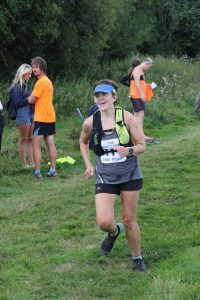 Kirsty heads toward the finish before crossing the line in a time of 2:14:53

Reflecting on the race afterwards, Kirsty was a little disappointed with her time and felt she could have handled the hills a bit better and perhaps could have gone bit quicker over the first part of the race in particular.

It’s difficult to pace tough, hilly races like this though because you’re caught in a catch 22 situation of whether to try to save energy for the inclines or whether to try to go fast on the flat to make up for the time you lose on the ascents. 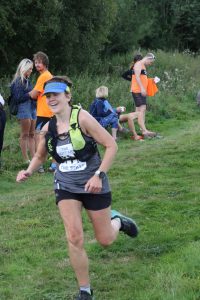 As for Ian, he found it a real slog but still managed to battle hard all the way to the end, trying his best to put the stinging sensations to the back of his mind. He crossed the line in a time of 2:38:10, which put him in 242nd place overall and 25th in the M60 category. 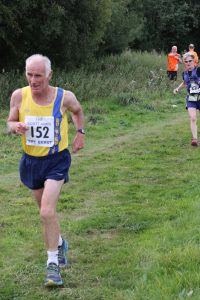 Ian recovered well from his stinging incident to reach the finish in a time of 2:38:10

It was certainly a testing race as the name suggests and there were valuable lessons to be learned for both Ian and Kirsty along the way. For Kirsty, it was to make sure she doesn’t start too far back, particularly in races where the pathway isn’t too wide to start off with.

For Ian, it was probably more, don’t sign up for such a brutal race in the immediate aftermath of a 215-mile walking holiday. And if you do, watch your footing and take care extra not to fall over at any point. Then, if that all fails and you end up hitting the deck, for heavens sake make sure you don’t land in a bunch of stingy nettles!! 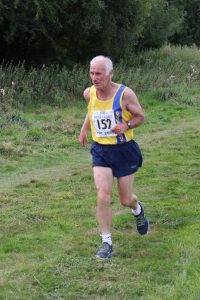 Who knows though? Perhaps Kirsty and Ian will be tempted back again some time to put their learnings into action and launch an improved bid to slay The Beast once more.