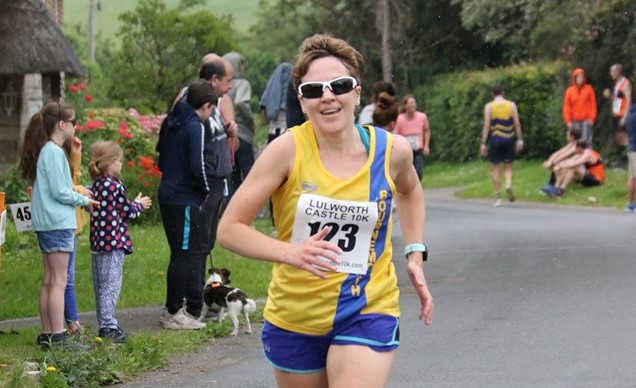 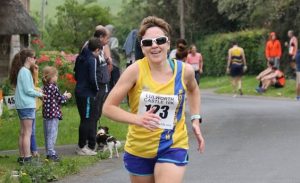 After a tough battle in the hot conditions in last year’s race, Kirsty Drewitt was hoping she’d fare better this time in the 2019 edition of the Lulworth Castle 10k

This year’s crop of Lulworth Castle 10k participants were greeted with high levels of humidity as they gathered at Coombe Keynes for the annual hilly foray through the luxurious Lulworth Estate.

The route runs through a scenic setting over chalk tracks and woodland paths and located just a stone’s throw away from Lulworth Cove and the Jurassic Coast, it’s a big attraction amongst the Dorset running community.

The last couple of years it was Bournemouth AC’s very own Jacek Cieluszecki, who broke the course record on both occasions. This time he was taking part in the Jurassic Coast 100k which opened up the race for someone else to grab a moment of glory.

Just as they did last year though, Kirsty Drewett and Simon Hunt had thrown their names into the hat and gave their Bournemouth AC vests an airing.

After really struggling in the scorching heat in last year’s event, Kirsty felt like she had unfinished business at the race. Her primary goal was to see the views she missed on that fateful day last time out when the conditions got the better of her. Above all, she just wanted to enjoy the race this time round. 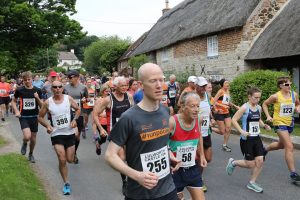 Kirsty, in the front right of the picture, gets her race underway

As for Simon, he won the M60 category last year which was a great result so he was looking for another solid performance this time round, although he wasn’t arriving in quite such good shape as he was in 2018. 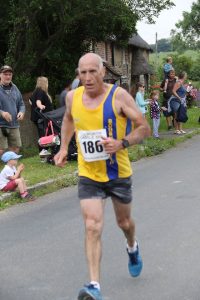 After a good performance which earnt him a category win last year, Simon Hunt returned hoping for another decent run out

He did manage to put in a decent display though, completing the course in a time of 48:45 which put him in 44th place overall and 3rd in the M60 category. It wasn’t quite up there with what he did last year but it was still a reasonable run from Simon and he was pleased with the time. 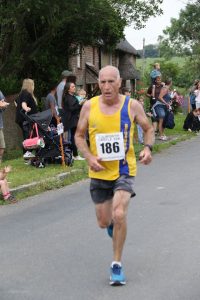 Crossing the line in 48:47, it was a result Simon was fairly happy with, all things considered

Thankfully Kirsty managed the conditions a lot better this time round. She still found it tough, as she always does in the heat but she enjoyed it a lot more than in her previous experience and ran almost two minutes quicker. 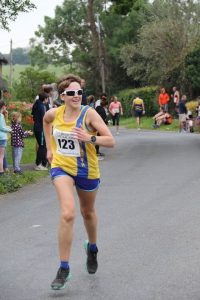 Finishing in a time of 54:20, Kirsty came in 103rd position overall and 24th female. She was also 10th in the F40 category. It was a good run from and will hopefully go some way toward erasing the memories from that difficult day she had in 2019. 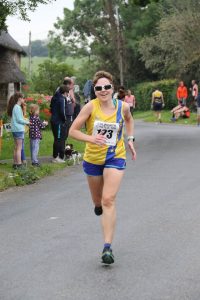 Joseph Sherwood of Littledown Harriers swooped in the for the victory, crossing the line in a terrific time of 38:44. That gave him a winning margin of around 1-and-a-half minutes over his teammate Luke Dowsett who was 2nd in 40:12.

Kevin Drayson of Westbourne RC came in shortly after in 40:15 to take 3rd, with Poole Runners’ frontman Joe Godden putting in an almighty performance to take 4th in 40:20.

The prize for first lady went to Caroline Stanzel of Poole Runners who finished 11th overall in a time of 42:47. Sarah Trim from Running for Time was 2nd female in 45:24, putting her 20th overall.

Anne-Marie Bayliss was 3rd woman in 46:16, giving her 24th place in the overall standings. There were 350 runners in total who completed the course.

As usual, the atmosphere in the race village was magnificent and goes a long way toward making it such an enjoyable event to be a part of. Don’t be surprised to see Simon and Kirsty return for another reconnaissance in 2020.