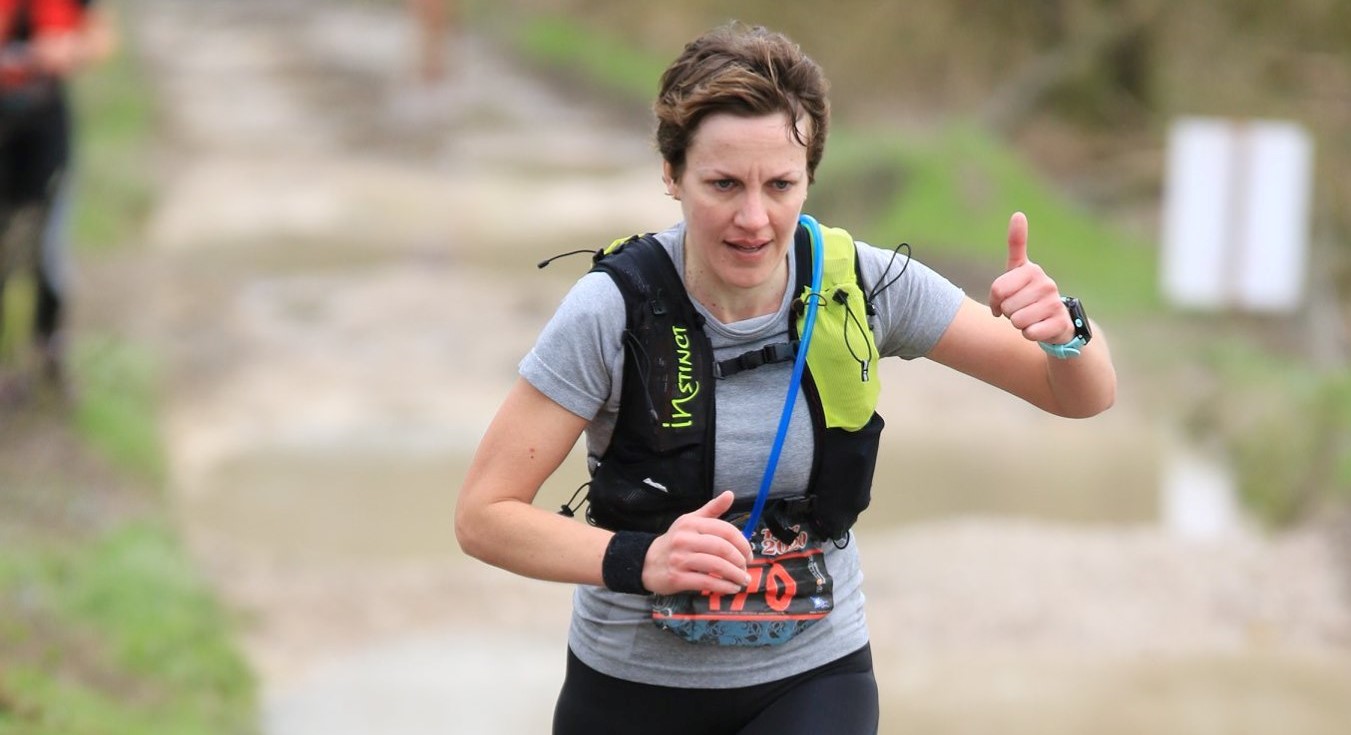 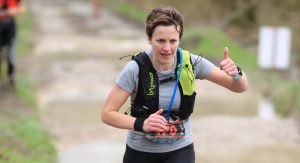 Kirsty Drewett threw herself into the deep end at the Larmer Tree Races this time round, opting to battle the hills and spills of the 20 Mile distance

Held in what might perhaps have to go down as one of Britain’s poshest venues, the Rushmore Estate, the Larmer Tree Races are always a highlight in the running calendar for keen off-roadies.

The event features a 10 Mile race, which forms part of the Imperial Series treble, along with a Half Marathon on the Saturday. Then it’s the Marathon and the 20 Mile races on the Sunday.

The Larmer Tree Races are always known to throw up some devilishly testing routes, often with some very trying conditions to match. This year was certainly no different in that respect.

The event usually does feature some Bournemouth AC representation, often in the 10 mile race as there are usually one or two members going for the Imperial Series hattrick. In fact, one of them was Kirsty Drewett, back in 2018.

This year, Kirsty returned again but with much tougher task ahead of her. She was bravely taking on the 20 Mile race on the Sunday. With over 2,350ft of ascent to work her way up and some extremely slippery, muddy surfaces to negotiate, it was set to be a real challenge. That’s all good though, as Kirsty certainly likes a challenge.

She’s conquered some pretty fearsome races in the past, including The Beast, which featured 1,800ft of climbing over a 12.5 mile route. She’s also got the Hellstone Marathon which included 3,120ft of elevation in her back catalogue, along with the Purbeck Marathon, the Purbeck 16 and the Dorset Ooser Half Marathon.

The Larmer Tree 20 was around the time when the UK was being battered by storms on the daily. That culminated in a minute delay at the start while the race organisers frantically worked to sort out the aid stations that had blown away over night and clear trees that had gone down across the route. There were also some flooded fields they needed to get through in order to transport some of the water and supplies.

As per usual though, White Star Running did a magnificent job in the face of adversity and once the race got going you would have never known there had been any issues. 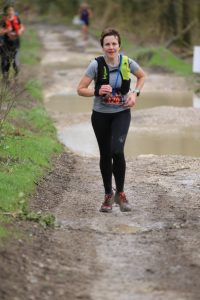 Kirsty makes her way along the waterlogged trails

Unfortunately, Kirsty wasn’t feeling too great at first which meant she was unable to take in any fluids or fuel over the first half of the race. She thought she might well pay for that later, and inevitably, she did.

Although her legs were feeling pretty good, it became a real challenge for her emotionally. With the super slippery surfaces, the steep descents became absolutely petrifying.

It also one of those “waterproofs on – waterproofs off” kinds of run where she had biting winds, hailstorms and sleet to contend with. Kirsty has no idea how she didn’t get blown off the hilltops in some places. 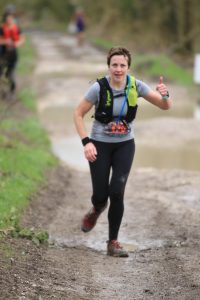 Kirsty gives the thumbs up as she progresses down the track

Despite everything that was thrown at her, Kirsty made it through, successfully completing the course in 3 hours 49 minutes and 19 seconds. That put her in 61st place out of 239 finishers and she was 17th female and 7th in the F40-49 category.

The race was won by Emlyn Hughes of Fareham Crusaders who finished in a time of 2 hours 31 minutes and 51 seconds. Paul Russhard of Lymington Tri Club was second in 2:33:26 with Andrew Hickman of Southville Running Club taking third in 2:42:16.

The top lady of the board was Anna Wieckowska who completed the course in 3:13:31, putting her 16th overall. She was followed by Lynette Porter of Bitton Road Runners who was second lady and 20th overall in a time of 3:15:12. Then it was Fay Bromilow who was third lady and 21st overall in 3:15:56. 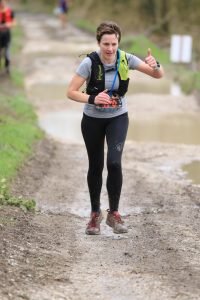 Although she didn’t feel like she performed overly well on the day, it’s still a pretty good achievement from Kirsty, especially since she wasn’t feeling very well initially meaning she couldn’t put her usual fuelling strategy into practice.

The route was amazing though and the views were spectacular when she reached the top of the high points. The camaraderie of the runners and the kindness of the event staff made it a really great event and one that Kirsty would be keen to revisit.

When Kirsty got back to her car, the surfaces in the parking area had deteriorated so much due to the ongoing weather that she found that her car was stuck!

After running 20.8 miles up and down super steep hills in the wind and rain, that was the last thing she needed. Fortunately help was swiftly on hand though to get Kirsty on her way, enabling her to finally thaw out and begin the recovery process. 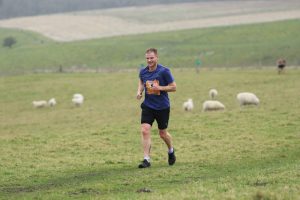 The previous day’s Half Marathon saw Ross Goldsmith take fourth place overall out of 383 finishers in a time of 1:44:18. Ross trains with Bournemouth AC on the Tuesday night sessions that Tom Craggs organises on the track and is always seen to be running strongly.

The Half Marathon race was won by Mark Stileman of Romsey Road Runners in a time of 1:34:10, which tells it’s own story about how tough the course was.

With over 1,650ft of elevation to encounter, it was never going to be one for a quick time. Trevor McAlister of Ryde Harriers took second place in 1:41:16 with his namesake Gary MacAlister of Avon Valley Runners finished third in 1:42:49. 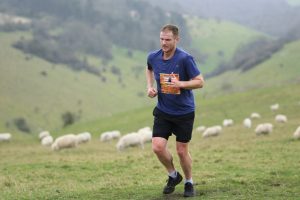 Ross heads toward a fourth place finish which saw him cross the line in 1:44:18