Linn turns to marathon running at Race The Tide 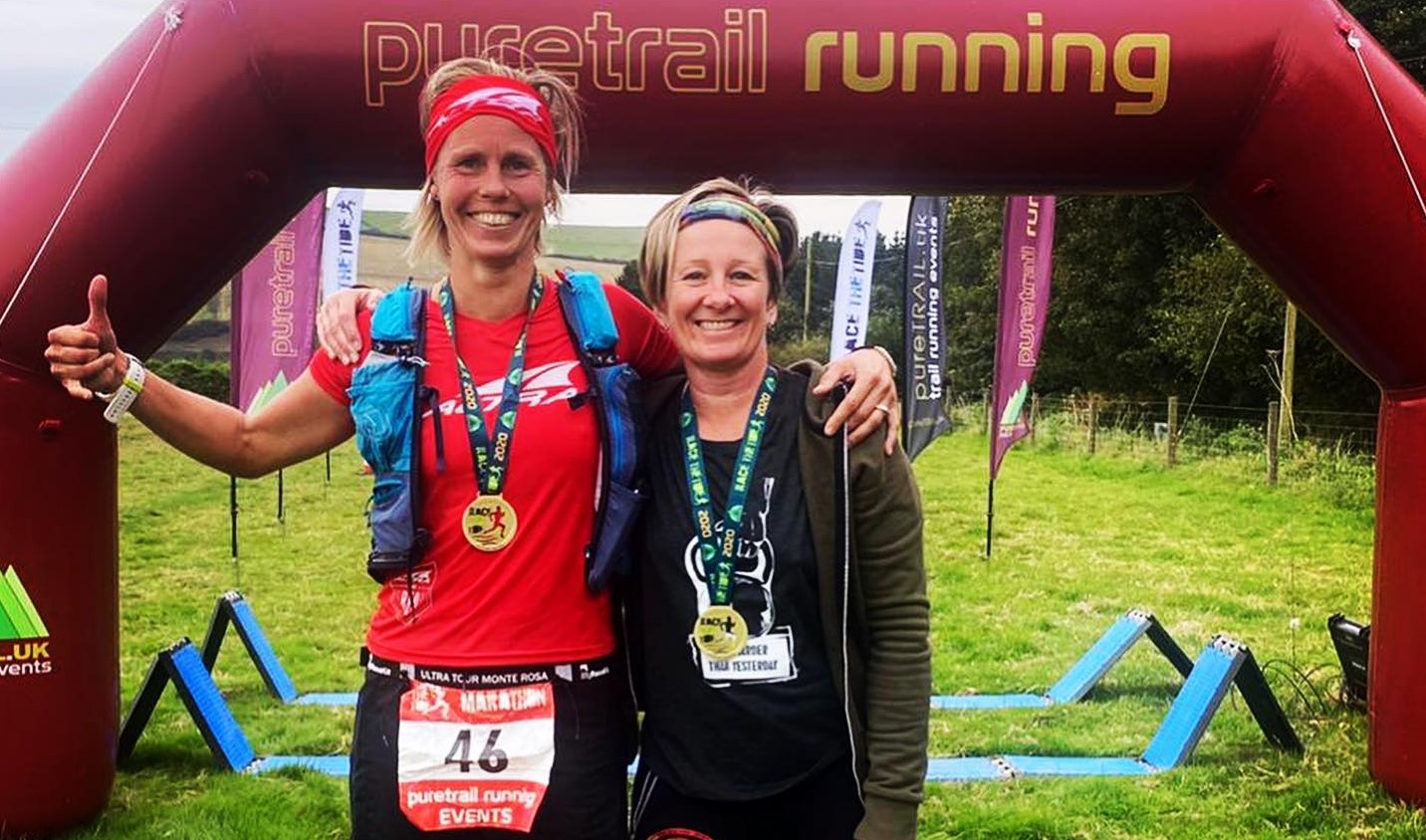 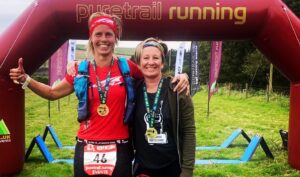 It was a rare foray into ‘short’ distance running for Linn Erixon Sahlström when she took Race The Tide; even though it was still a tough, hilly marathon

In these uncertain times you certainly cannot take anything for granted and that unfortunately goes for running events as well. With the spread of infection going up and down in different areas of the country, coronavirus has brought about an air of unpredictability in all walks of life.

In running terms that means that you can enter an event and spend months training for it but there are no guarantees that that particular event will actually go ahead. It’s a very tricky situation for athletes to be in.

Take Linn Erixon Sahlström for example. She was due to take on the Ultra-Trail Snowdonia 165km race on Friday 18th September but just five days beforehand, she discovered it had been cancelled.

It was a massive blow for Linn since she’d spent the whole summer training for it. That had meant heading over to the Purbeck for some crazy hill sessions and getting plenty of ups and downs in over Hengistbury Head.

It was also a disappointment as it was also going to be part of a very personal journey for Linn where she would be returning to the scene of the crash. It was on Mount Snowdon where she’d had a nasty fall and injured herself very badly in her last race there.

You can tell a lot about a person’s character from how they handle a disappointment though and Linn wasn’t going to let it get her down. Then, as she was collecting the post later that day though, she found she’d received two race numbers. She’d completely forgotten about the post-pone Race The Tide marathon that was happening that same weekend!!

So, instead of heading off to the mountains, she took her camper van and headed off the Devon coast to hit the trails. In this day and age, it’s simply best to “stay flexible, embrace the uncertainty and find your stride” as Linn puts it.

She’d done a lot of climbing and a lot of long, slow endurance runs over the summer in preparation for the UTS but absolutely no speed work. Now she found herself competing in a marathon, which by her standards, classifies as quite a ‘short’ race. Nevertheless, she was determined to embrace the challenge. 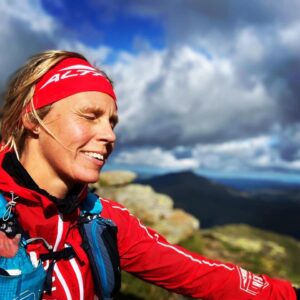 When Linn’s hopes of revisiting Mount Snowdon were dashed, she found an alternative and went for it

The Race The Tide event was in the Flete Estate at Mothercombe. The marathon included two estuary crossings – one at Burgh Island and the other one racing the tide 19.9 miles in over Erne Estuary before concluding with a picturesque sea view at Mothercombe.

The route incorporated 1800 meters of elevation so that was still more than enough to turn the legs of a very accomplished fell runner to jelly.

The tide was in when they first started out so the first kilometer was more of a wade through the water than a run. It definitely woke Linn up though and set the tone for what was to come.

Because there were different start waves though, it was difficult to know who was in what position. Linn’s goal was to push as hard as possible though so she ended up slogging it out, small trotting up the inclines to get ahead of whoever was in front of her.

Deciding to go off in the first wave, Linn felt it would suit her better. That way she could be first female to begin with, although she knew there would be some speedy women behind her.

Quite early on in the proceedings, a light-weight lady with minimalistic shoes and a flying gait went past Linn and she knew she was never going to be able to race her. From that point on, her focus was to keep whoever else was behind her, behind her. 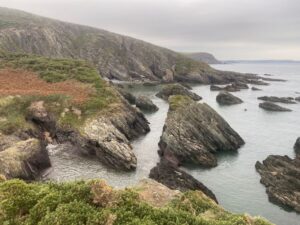 It was an extremely hilly route which also included sand dunes and some stunning forests. At around 12km from the finish, Linn started to seize up and she was forced to hobble through the last 8km.

Her lack of speed training had taken its toll but Linn was determined to give it everything she’s got. She was desperate to prove to herself that the hill training she’d done was competitive enough for a top three podium place.

She’d only ever done the marathon distance once before, when she did the Bournemouth Marathon and it was definitely on the shorter end of her spectrum. It was by no means a fast race though, given the terrain.

The woman who had overtaken Linn was Lucy Commander and she went on to finish in 5th place overall, completing the course in a time of 4 hours 19 minutes and 23 seconds.

Taking the accolade of being the second quickest female, Linn crossed the finish line in 4:52:12 which put her in 24th place overall and 1st in the FV40 category.

The next lady in was Emma Langstaff who finished just over four minutes behind Linn, clocking a time of 4:56:39. She took 27th position overall. 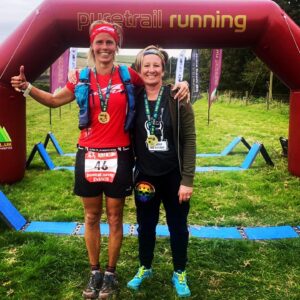 It was a fantastic result for Linn, especially as ‘short’ races are not really her specialty. She was pleased to have done her first race of the year. Interestingly though, she found that the marathon had hurt almost as much as a 100 miler because you’re at your max all the time.

Covering 26.63 miles over the course of the race, Linn also racked up an elevation gain of over 5,900ft so, although it wasn’t quite to the level of what the Ultra-Trail Snowdonia would have offered, it was certainly still a very good workout.

Linn has another so called ‘short’ race in November which is a 50k night run with hills. That will mean she now needs to put some speed training in so she may well be forced to drag herself to the track a few times over the coming month.