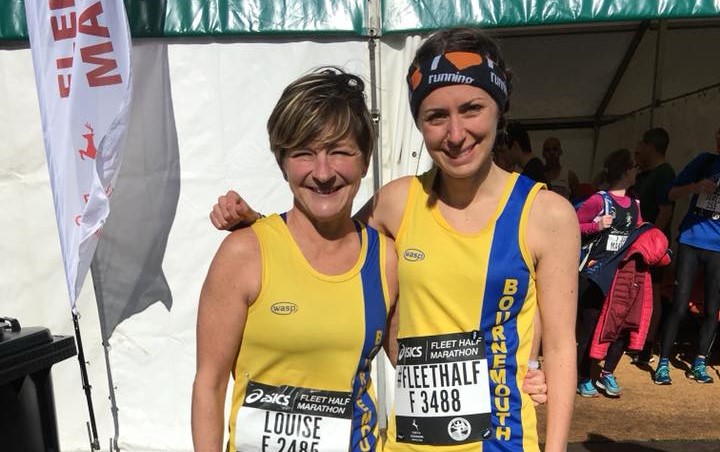 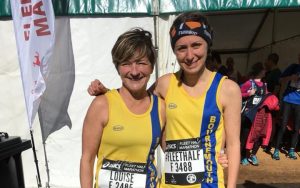 Louise Price and Tamzin Petersen went to the Fleet Half Marathon in search of the fast time, knowing it was potentially a PB course

Pencilling the race in as an ideal opportunity for a fast time and a potential PB attempt, Louise Price and Tamzin Petersen set about putting in some hard training in a bid to get into tip-top shape for the Fleet Half Marathon.

After getting in on a late transfer, Anthony Clark decided to join them – and after an impressive run out in the Wokingham Half Marathon three weeks prior, he had every reason to be optimistic about his chances going into the race.

Currently in training for the Comrades Marathon in June though, Ant has already started putting in some high volume training and came in off the back of three consecutive 90 mile weeks. With no mini-taper in the week leading up to the race, it was really a question of whether or not the fatigue would catch up with him.

The training was going well for Tamzin and Louise up until Louise was struck down by a foot injury just five weeks from race day. From that point on she’d hardly been able to do any running.

She still decided to go along anyway though and support Tamzin in her PB attempt and from her perspective, just give it a go and see what happens. 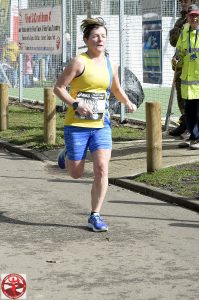 Unfortunately for Louise, as soon as they set off, her foot was hurting and as she continued, it got progressively worse. She considered stopping several times but in the end she slowed the pace right down and just jogged round. 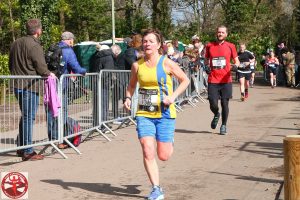 It was a little bit gutting for Louise but she soon cheered up when she heard about Tamzin’s fantastic PB. Tamzin’s previous best before the Fleet Half was 1:46:28 which she did at Blackmore Vale last February.

With a good solid block of hard training behind her though, she went into the race in pretty good shape and had every reason to be confident about beating that.

She set off at 7:50 pace for the first mile and then got into a good rhythm after that, keeping the pace fairly consistent as the miles ticked by. 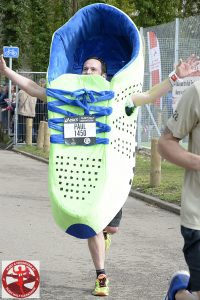 Staying remarkably strong throughout the run, she kept her focus and made it to the line in a magnificent time of 1:41:32. Unbelievably, she’d knocked almost five minutes off her previous best so that was an extremely emphatic PB.

Needless to say, Tamzin was very pleased with her run and was glad to see that the hard training she’d put in for it had paid off. Tamzin wasn’t on her own in the PB stakes that day though. A certain Mr Ant Clark had also managed to improve his Power of 10 stats for the distance. 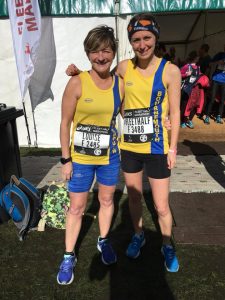 It took a few miles for Ant to settle into his stride but once that happened, it all clicked into place. He started to pick other runners off and work his way up a very high standard field.

That continued for the next 10 miles and with a very strong last three miles, Ant finished up with a slight negative split, going over the line in a tremendous time of 1:12:31.

That shattered his previous best by over one-and-a-half minutes and saw him take 11th place in the final standings. That was mightily impressive in a field of 2,700 people and considering the level of the opposition, that was a great achievement. 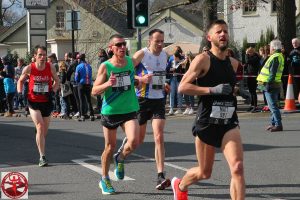 The performance also netted Ant first place in the M40 category out of 280 people, so again, an excellent result. His average pace for the run was an incredible 5:32 per mile.

Perhaps the most pleasing aspect of it for Ant was that he was able to do it without tapering at all and in the midst of such a huge volume of training. That goes to show, he’s on the right track with his training and will serve as good encouragement to continue working hard. 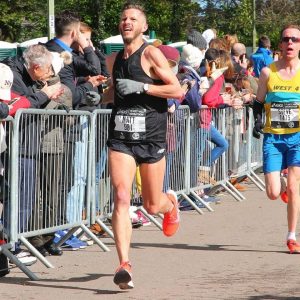 The first female finisher was Lesley Locks of Hart Road Runners who crossed the line in 1:18:27, putting her 87th in the overall standings. Her teammate Alexa King took 2nd in 1:19:38, taking 109th overall and Jill Collett of Datchet Dashers was 3rd in 1:19:51.

Next up for Ant, it’s the Manchester Marathon which takes place on 7th April. Again, that is not a target race for Ant and he will not be doing any form of tapering for it. He’ll be keeping up the high mileage right the way through, as everything he does is primarily centred around building up to Comrades.

Meanwhile, Louise has taped her foot up and is now resting from running for a bit and after a nice long sleep after the race, Tamzin is now back out training and working toward her next challenge. 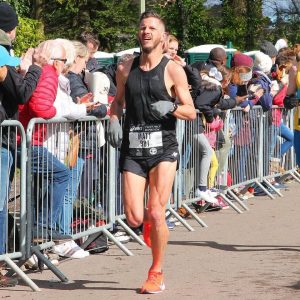