Lytchett 10, Bramley 20, Wokingham Half and Parkruns 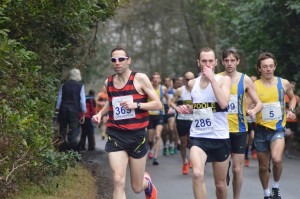 A race clash and injury led to a weakened mens’ team competing at the third Dorset Road Race League event, the Lytchett 10 mile race on Sunday 15 February, but, despite this, the Open Mens’ Team prize went to BAC, thanks to very strong runs by Jacek Cieluszecki, Toby Chapman (who were 2nd and third overall respectively) and Paul Hill, who simply goes from strength to strength. It was very pleasing to see Jacek (who had run five miles from home to the race beforehand, and ran the five miles home afterwards!) in such good form after injury, and thanks are due to Toby, who travelled a considerable distance to compete. Excellent runs by Paul Dixon-Box and Ben Walliman (both recent and very welcome signings) ensured that BAC is still in the hunt in the League, though, subject to confirmation, our mens’ League team is likely to have been third at Lytchett.  Unfortunately, Heidi Tregenza felt a calf injury coming on in the early stages of the race and, very sensibly, retired, leaving Nikki Sandell and Caroline Rowley as the only two BAC ladies in the race, but Nikki did leave with the prize for the 2nd lady (and was the 1st FV).  So not too bad a day for BAC. 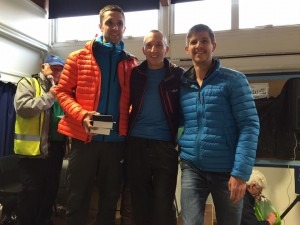 Meanwhile, another BAC team was collecting honours at the Bramley 20 mile race, where Jez Bragg, Graeme Miller and Anthony Clark won the prize for the second team.  At the time of writing, the full results for the race haven’t been published, but the team believe their total time is a “smidgen under 6 hours”.

The Club Championship Tables have now been brought up to date with the Lytchett and Wokingham races.

Of course, the Parkruns continue apace.  Paul Hill was again 2nd at the Bournemouth Parkrun on 7 February, and was joined amongst the 309 who competed the course by Jud Kirk, Steve Cox, Josephine Baldry (age category JW11-14) and Will Price.  The following week, Paul was yet again 2nd, this time to an ‘unknown’ who was, in fact, Josh Cole, whose intention in visiting Kings Park had been to undertake a track session, but decided it would be a good idea to compete when he realised the Parkrun was about to get under way.  319 completed the course that day, 14 February, amongst whom were Sebastian Hearn, Tony Hunt, Billy McGreevy (running 8 minutes over his PB!) and Josephine Baldry.  Meanwhile, at Poole on 7 February, Billy McGreevy was the only BAC representative amongst the 569 participants, and on 14 February, it was good to see Helen Ambrosen competing again, the only BAC athlete in a total of 566.

Rumour has it that Jon Sharkey ran an off-road marathon on 14 February – any details, anyone?