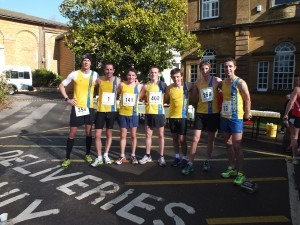 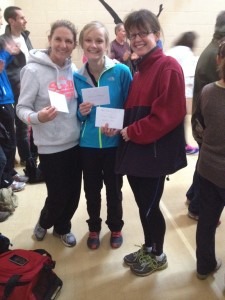 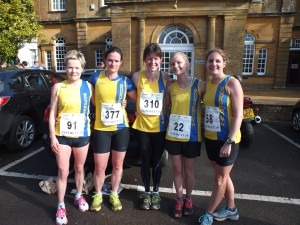 Well done to the BAC Men and Ladies for one of the most successful days for BAC for some time at the Lytchett 10 mile race on Sunday 16 February, with the Mens’ team winning both the Open and Dorset Road Race League races, and the Ladies’ team only just being pipped into second place in both contests.  Course record holder Steve Way was aware of a difficult battle ahead when it became clear that Winchester & District’s Chris Powner was competing, and, sure enough, Chris won the race in a new record time of 50.55.  Undaunted, Steve ran a strong race to finish second, followed in an amazing 3rd, 4th and 5th place by Jacek Cieluszecki, Josh Cole and new (and valuable!) signing Lee Piercy respectively to seal an Open team win.  Not far behind, Toby Chapman and Club Captain Simon Munro completed the winning Road Race League team.  In fact, such was the strength of the BAC Mens’ team that, had there been a ‘B’ Road Race League team the next five BAC finishers, namely Jez Bragg, Peter Thompson, Paul Consani, Simon Hearn and Steve Cox would have been second, or thereabouts, in the League!   The Ladies had an equally successful day, with Gemma Bragg and Nikki Sandell finishing 2nd and 3rd ladies respectively, with the Ladies team, which was a close second to the strength of Poole Runners‘ ladies in both the Open and League events, completed by Caroline Rowley who was herself winner of the FV40 contest.  The Lytchett 10 also doubled as the South West Veterans 10 mile Championship, and Championship medals were awarded to Lee (1st V40), Helen Ambrosen (2nd FV55) and Ian Graham (1st V65).  So this was an enjoyable day for BAC, helped along by glorious sunny conditions, excellent organisation by Lytchett Manor Striders and a varied and extensive supply of delicious cakes to restore lost energy at the end! 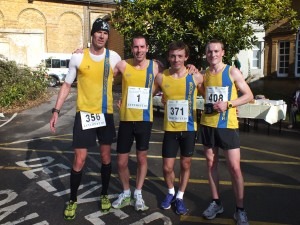 Andy Gillespie was the sole BAC representative at the Meon Valley Plod on Sunday 9 February, a 21 mile cross country race correctly described as “tough” and “hilly”.  Andy, running the race as part of his training for the London Marathon, was 116th of 266 finishers, completing the course in 3.46.57 in very wet and windy conditions.  Andy says “performance OK, nothing to shout about.  A really good workout though”.