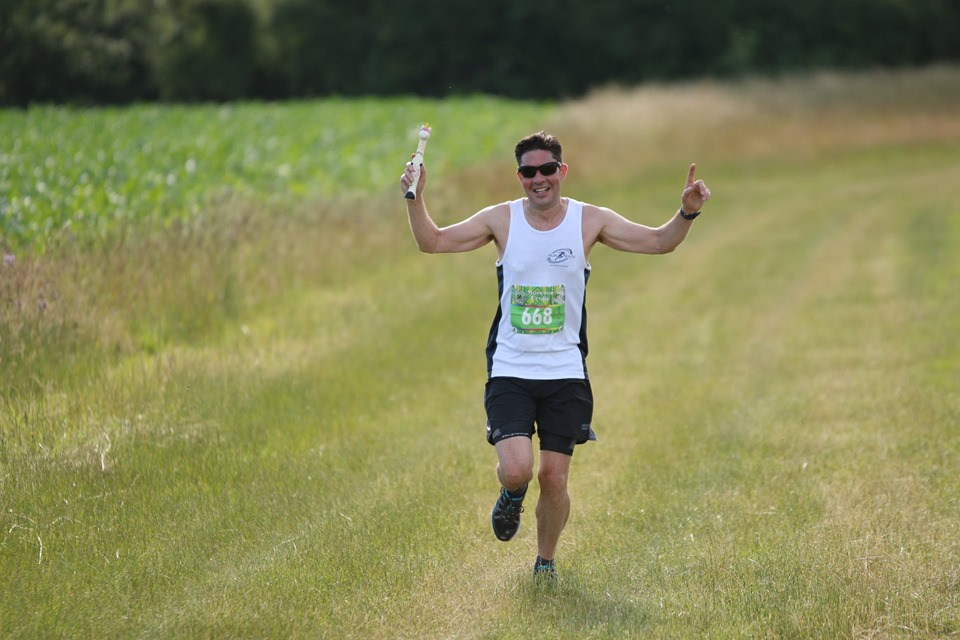 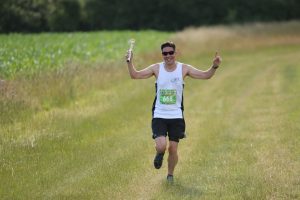 After a successful story at Endure 24 in June, Chris O’Brien found himself in another lapped endurance event, that being the Unicorn Frolic 12-hour race

How do you follow up a 14 lap, 70-mile supreme endurance escapade over a 24-hour period? That was the question Chris O’Brien was faced with after he and his ever-willing running partner Emma Draper put together a tireless and relentless display to finish 3rd in the mixed pairs category at Endure 24.

Most runners would probably look for something a little easier for their next event. A nice, flat, gentle 10k perhaps might tickle the temptation buds. That wasn’t what Chris had in mind though. He’d decided he was going to go hardcore again, which led him to the premise of another endurance special. This time, it was the 12-hour Unicorn Frolic, organised by White Star Running.

Teaming up with a new running partner, Rebecca Gardiner, Chris was again going to tackle the event as one half of a mixed pair. In this particular event though, it was just simply a Pairs category.

That meant once again, he’d be looking to complete as many laps of the 5.2 mile trail course as he could physically manage over the allotted time. To put that into perspective, around about every 1 hour 40 minutes, Chris would be setting off on another 5.2 mile lap. It wasn’t going to be easy.

As seems to be par for the course for Chris in these sorts of events, he wasn’t going into it with the best preparation behind him. In fact, he’d been feeling ill going into the event and wasn’t even sure if he’d be able to manage any more than a lap. He absolutely had to give it a go though.

The original plan for Chris was just to treat it as a bit of fun and make the most of the opportunity to promote RunTeach, which is the company Chris devised to help runners improve in all aspects of the sport, from nutrition to technique to coaching to injury prevention. 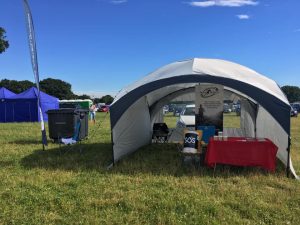 Of course, what tends to happen in these situations though is you soon get wrapped up in the spirit of the event and the team camaraderie, which invariably infuses that competitive edge.

In truth it wasn’t the easiest of courses to run on and it was a roasting hot day which made it significantly more difficult. The terrain was quite technical in places with lots of tree routes to avoid, along with lumpy grass and loose stones.

The event started at 8am, running through to 8pm that same day, which at least meant the competitors would always be running in daylight over the 12 hour duration.

Getting the proceedings underway for the Run Teach pair, Chris completed his first lap in 42 minutes, which was an average pace of just under 8 minutes per mile. He then handed over to Rebecca who set out on her leg before handing back to Chris again.

Rebecca runs for Lonely Goat RC and is also one of the coaches at RunTeach. She completed her first lap in around 47 minutes.

Taking it slightly more conservatively on his second lap, Chris was back at the changeover point in 44 minutes and 38 seconds, giving him an average pace of 8:34. Then it was Rebecca’s turn again to pick up the reigns.

51 minutes later Chris was back out there again for his third lap. This time Chris got round in 46 minutes and 14 seconds, giving him an average pace of 8:47.

Before he knew it, Chris was embarking on his fourth lap, which took him up to a total of 21 miles so far. Completing that in 50 minutes 34 seconds, he was still going well, although his average pace had now dropped to 9:35.

By the time Chris set off for his fifth lap it was 2:36pm so over half of the time span had elapsed. At this point it was turning in a real competition and as the pairs kept churning out the laps and adding to their totals, Chris and Rebecca were faring well and were amongst the front runners. 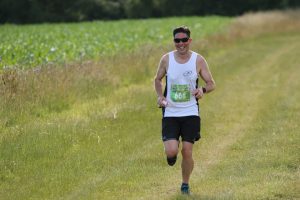 As the event progressed, the competition unfolded and there was an added incentive for Chris to keep pushing and keep grinding out the laps

Ticking off lap number five in 53 minutes 45 seconds, Chris had now gone further than marathon distance. What started out a bit of fun had once again descended into fierce competition with the Corny Devils turning out to be Chris and Rebecca’s main rivals in the pairs category.

Getting out for his sixth lap just after 4:30pm, the end was now in sight for Chris. He knew there wouldn’t be time for too many more laps and he was probably quite thankful for that at this point.

He soldiered on well though, completing the lap in 54 minutes and 43 seconds, bringing his total up to a staggering 31.4 miles. Rebecca was still going strong as well and after she’d been out for her next lap there was just time for Chris to do one final lap.

Finishing his seventh and final lap in 1 hour and 4 minutes, Chris brought it home for the team, amassing an individual total of 36.6 miles over the 12 hour period. 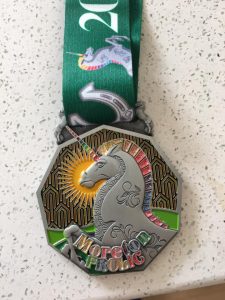 With Rebecca contributing 6 laps, that gave team Run Teach an impressive total of 13 laps, which equated to around 68 miles. That was enough to see them seal a sensational victory in the pairs category, with the Corny Devils finishing as runners up on 12 laps.

It had been an extremely hard fought contest but they did it in the end and it was a sweet reward for Chris and Rebecca after all the hard graft they’d put in and thoroughly well deserved. 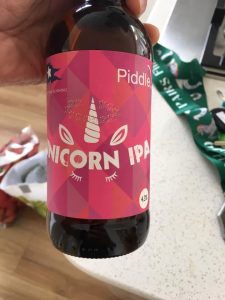 There were 59 pairs in total taking part in the event so to come out of top of the pile out of all those was quite some achievement.

Hopefully Chris has since taken a well earned rest as we await to see what he has up his sleeve for his next challenge. Knowing Chris though, whatever it is, it won’t be an easy one. 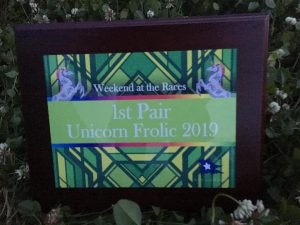