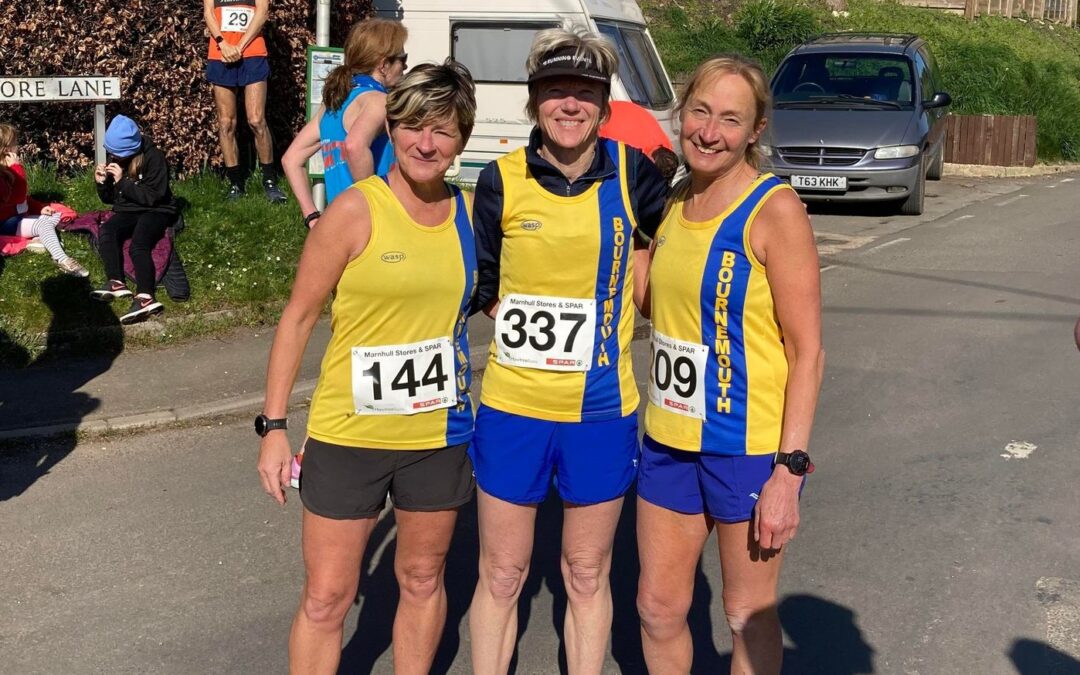 It was one of those races that just snuck into the Dorset Road Race League calendar but was almost forgotten about by the Bournemouth AC hierarchy. Then by the time they thought about it, it was too late to get any of their big guns to sign up and the race was full. That meant it was doomed to be a throw away fixture and would give Egdon Heath Harriers a chance to capitalize and seal yet another first division race win to add to their hat tricks of firsts so far.

They did somehow still manage to get scoring teams of five men and three women out though so it was down to those were there to really excel in order to give the club a chance to salvage something.

Adrian Townsend and Ian Graham were already signed up for it and they were joined later by the Jackson brothers, Luke and Sam, and after that, Jud Kirk stepped up.

In for the ladies was Heather Khoshnevis and Debbie Lennon who were consistent players for women’s team. They were joined by Louise Price who stepped in late on to form not a bad three-pronged attack.

It had been a while since Adrian Townsend had raced for the club. In fact, his last outing was the Wimborne 10 back in November. 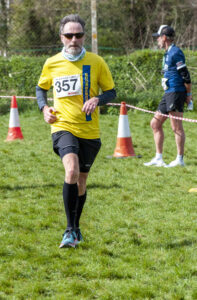 Ian Graham was still pretty keen to get involved though whenever the opportunity arose and he’d been competing for the club in quite a few of the recent cross country league fixtures. He also ran in the first race of the DRRL season, the Broadstone Quarter Marathon. 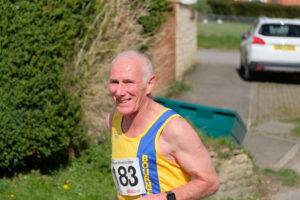 Sam and Luke Jackson had both competed in the Broadstone Quarter Marathon and the Blackmore Vale Half Marathon and they were coming in off the back of the Eastleigh 10k a couple of weeks prior. 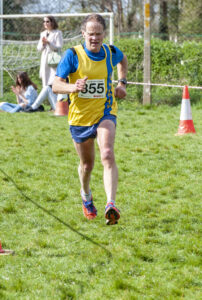 Jud Kirk had taken part in the Broadstone Quarter Marathon and the Lytchett 10 as well as all the Hampshire Cross Country League fixtures and although he has slowed down a touch over recent times, he still hasn’t lost his enthusiasm. 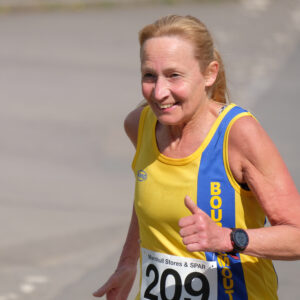 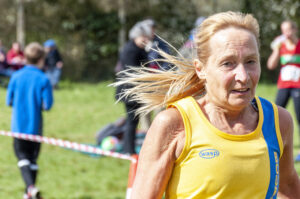 Louise Price competed at the Lytchett 10 and she had also ran in a couple of the cross country league fixtures including the South West Inter Counties at Ilton. She also completed the Run to the Sea 50k ultra in October, showing she’s not afraid to step out of her comfort zone. 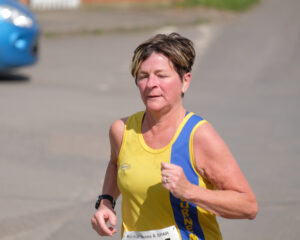 The Marnhull 12k was a race that was resurrected in 2016 by a couple of Dorset Doddlers and St Gregory’s School PTFA and it still follows much of the original route. It hadn’t been part of the Dorset Road Race League though in a season that had actually gone ahead. 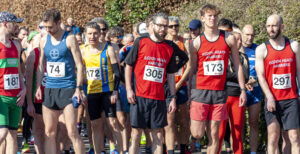 The course for the Manhull 12k is quite undulating so it wasn’t one you would expect to be able to blast round at top speed. Defending champion of the men’s individual title Lee Dempster did manage to race round pretty quick though, clocking in at 41:21 to seal the victory.

It was his first win of the season and his first since coming back from an injury that kept him out for quite some time. Hence it’s taken a while for the Twemlow man to rediscover his top form again but he now seems to be at the top of his game once again.

The Egdon Heath Harriers squad were once again out in force, underlining their determination to wrestle the first division title out of Bournemouth AC’s grasp this season.

Scott Parfitt of Lytchett Manor Striders was the man who interrupted the Egdon train, finishing 4th in 42:46. 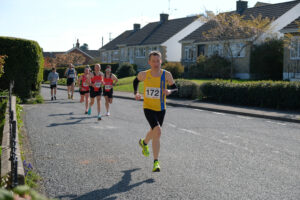 Barry Miller of Poole AC was 10th in 44:45 before Lytchett Manor Striders got their fourth scorer on the board with Paul Hilton taking 11th place in 44:55. 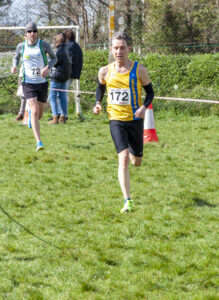 The first Bournemouth AC man to arrive at the grassy finish area was Sam Jackson who registered 12th place, getting round in 45:06. He’d ran well to finish ahead of Egdon’s fifth scorer Bruce Campbell who completed the course in 45:34 and was first MV50.

That sealed the victory in the men’s first division race for Egdon Heath Harriers giving them a fourth win out of four for the season. It has certainly been a strong signal of intent from them but they still need a couple more wins to be sure of capturing the league title.

There is still a chance BAC could pull it out of the bag if they were to win six of the remaining eight fixtures but the likelihood is they’ll have no team out for the North Dorset Village Marathon, which is the next fixture, so their chances are fading fast. 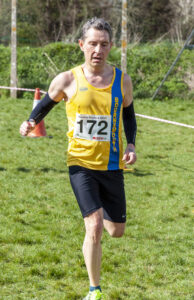 Capturing a new course record, Molly Rasch of Dorset Doddlers was first female, crossing the line in 46:09 which put her in 15th place overall.

Georgina Povall of Egdon Heath Harriers was 2nd lady in, posting a time of 48 minutes flat which put her in 24th place overall. Then it was Caroline Stanzel of Poole Runners taking 3rd female spot in 50:54. 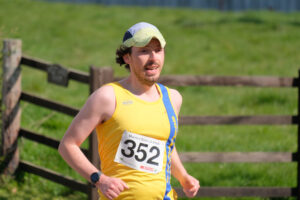 Poole Runners managed to get five more men in from 17th to 22nd place which fulfilled their scoring quota.

Stephen Hogarth of Poole AC was first MV60, getting to line in 48:49 which put him in 31st place overall. 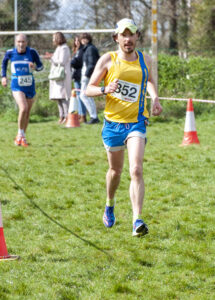 Luke arrives at the finish in 37th place

The next Bournemouth AC man to arrive at the finish was Luke Jackson who came in in 37th place with a time of 50:27. He’d been struggling with a back injury of late so that wasn’t a bad result for him, all things considered. 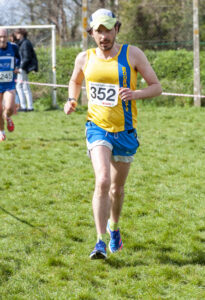 As second scorer for the club, Luke had a big responsibility on his shoulders

Clare Wood of Poole Runners was first FV35, crossing the line in 52:04 and Judith Vlaarkamp of Lytchett Manor Striders took the FV45 crown in 53:56. 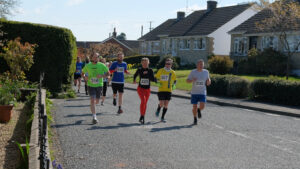 Adrian Townsend was the third scorer in for BAC, making it round in 54:47 which put him in 58th place. He was feeling a bit under the weather on the day, suffering from a very bad cold and that would likely have had a negative effect on his performance. In terms of league positions, he was 41st. 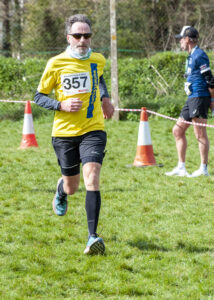 Adrian arrives at the finish look cool as a cucumber

First in for the BAC ladies, it was Debbie Lennon and she also took home the FV55 category win with her time of 54:51. That made her the 11th woman over the line and put her in 60th place overall. 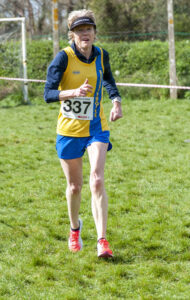 It was a very good run from Debbie and she also ran her fastest ever 10k time on route as well, by 40 seconds. 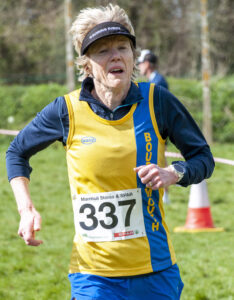 Debbie came in as first FV55

Egdon Heath Harriers won the female team prize for the race and took first place in the fixture for the league standings with Hannah Martin and Victoria Barnett joining Georgina Povall to make up their trio. 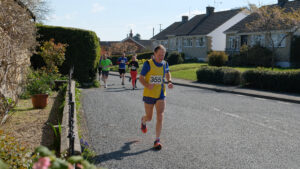 Jud Kirk crossed the line in 66th place recording a time of 55:55 to take his place of Bournemouth AC’s fourth male scorer. That put him 43rd in terms of league positions. 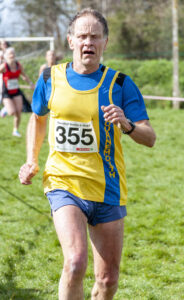 Jud was 4th scorer for the team getting round in 55:55

Then Heather Khoshnevis arrived to take 73rd place in a time of 56:42. That made her 21th female for the league and first over 60 and she was 2nd scorer for the team. 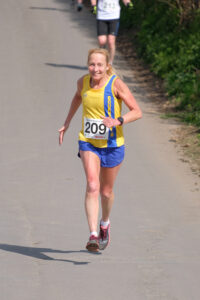 Ian Graham must have thought his days of scoring for the team in a road race league fixture were long gone but on this occasion, he completed the team of five. 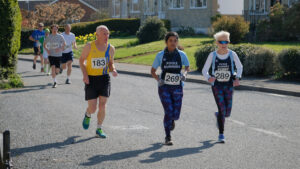 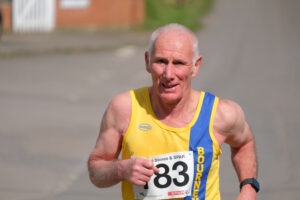 Louise Price completed the scoring team for the ladies, getting round in a time of 1:06:13 which put her in 138th place in the overall standings. In terms of league position, she was 34th female for the race.

The course was more hilly than she was expecting but she handled the lumps and bumps pretty well on the whole and gave it everything she’s got. Above all though, she enjoyed it, and that’s what matters most of course. 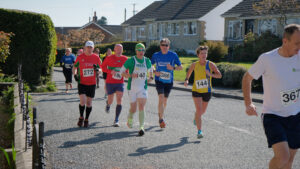 Those results left both the Bournemouth AC men’s and women’s teams languishing in 6th place in their respective first division standings for the Marnhull 12k. On a weekend that clashed with the Bournemouth Bay Run event and the Manchester Marathon and was sandwiched in between the two road relay weekends, they couldn’t really have expected too much more. 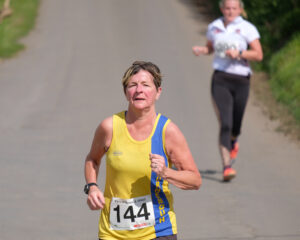 It was Lytchett Manor Striders who took 2nd place behind the dominant Egdon Heath Harriers in the men’s first division and Poole Runners took 3rd place. Then it was Littledown Harriers, followed by Poole AC.

With Twemlow Track Club not managing to get a team together, it was Westbourne who triumphed in the men’s second division, ahead of Royal Manor Portland. 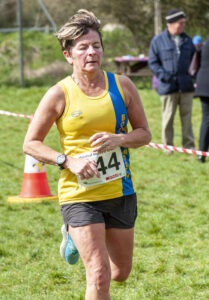 Louise enjoyed the race despite the various testing inclines

That fixture gave Egdon Heath Harriers an even more commanding lead at the top of the standings in the men’s first division, having finished first in all four of the fixtures thus far. 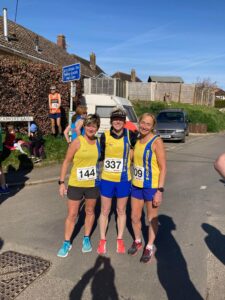 The three BAC ladies fought well on a course that wasn’t the quickest, on paper or on the road

It’s tight at the top of standings in the ladies’ first division but the win at Marnhull edged Egdon Heath Harriers into top spot, with Poole Runners on the same best average in 2nd. Littledown Harriers and Lytchett Manor Striders were 3rd and 4th with the BAC women currently sitting in 5th place. 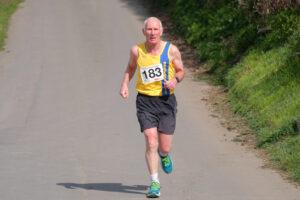 Ian Graham probably would be as well but they don’t seem to put any stats down for the 75-79 category on the DRRL website for some reason. There next port of call for Ian would be Guernsey, where he and Dave Parsons would head over to for their annual Easter extravaganza of running.

It is likely that Bournemouth AC won’t be able to field any teams for the North Dorset Village Marathon which is the next Dorset Road Race League fixture but they should be back in full force at the May 5 on 22nd May and then again in the Round the Lakes 10k which is in June, the weekend after the Puddletown Plod Half Marathon.

With a few more achievable races in the pipeline, there could be an opportunity there for the club to get their stuttering season off an running. Perhaps there will even be a return to winning ways for the men’s team as they bid to stem the flow and turn the tide on Egdon’s relentless supremacy. 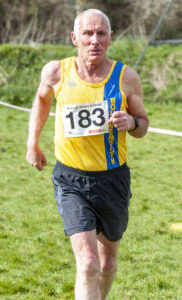