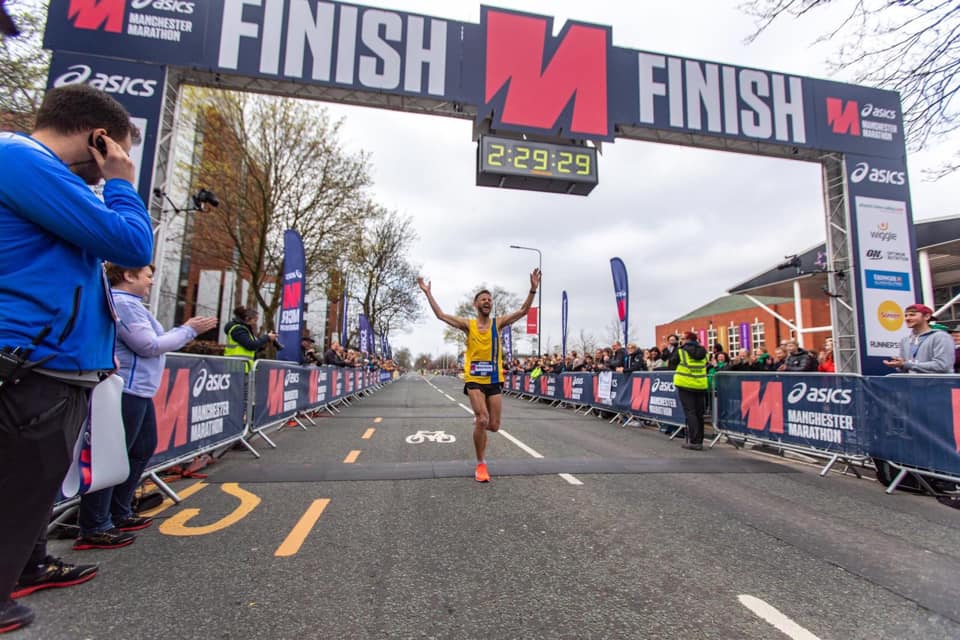 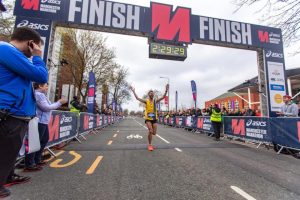 Ant Clark was one of four Bournemouth AC members hoping for a dream finish in the Asics Greater Manchester Marathon, along with Steve Way, Craig Palmer and Alison Humphrey

All the ingredients were there for a momentous day in Manchester for the Bournemouth AC members who travelled up north for a race that is fast emerging as the biggest marathon race in the UK aside from London.

The Bournemouth AC contingent in the race was just about as strong as it could be, with Steve Way, Ant Clark and Craig Palmer all taking to the start line. The club also had female representation in the race as well in the form of Alison Humphrey, who has recently resurrected her allegiance after several years of not competing.

For Steve and Ant though, the Manchester Marathon was a means to an end as, although it is a big race, for them it was merely just one more step along the way as they work toward getting into peak condition for the Comrades Marathon.

The circumstances were slightly different for Craig, as he was going all out for a good time and perhaps looking at the possibility of beating the 2:29:16 that he posted at the Valencia Marathon in December.

It wouldn’t be an easy task though of course as a sub-2:30 marathon is always a big ask. Craig is a man very much in form though as he showed with his superb sub-70-minute display in the Vitality Big Half Marathon recently.

He also ran well at the Chichester Priory 10k in February, recording a time of 31:18, as well as running out comfortable victories in both the Lytchett 10 and Bournemouth 10 league races.

Despite the high mileage he’s been putting in, Ant has also been demonstrating some fantastic form of late, not least when he secured a new half marathon PB of 72:31 at Fleet a few weeks ago.

The fact that he hadn’t tapered at all for the race and will still able to post such a superb time was a brilliant sign for Ant. On that very same day, Steve had also been in half marathon action at Bath, where he recorded a terrific time of 72:09.

Being his own fiercest critic though, Steve wasn’t entirely happy with his run and had been hoping for slightly better. Again though, in the midst of such a high mileage routine, he may just not have been fresh enough to go as quickly as he would’ve liked.

Again, there was no tapering for either of them for the Manchester Marathon and no carb depletion either. It was just the continuation of a relentless block of tough training runs, albeit a slightly faster one. 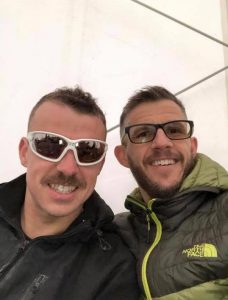 There wasn’t any TV coverage of the Manchester Marathon though which meant Craig was unable to build on the exposure he got at the Big Half where he appeared on the BBC red button footage on numerous occasions.

There was finish line camera footage though which was broadcast on YouTube where you could watch the athletes as they arrived on the home straight to complete the race.

It was very exciting watching that and waiting to see when the Bournemouth AC brigade would appear. The first one to emerge on the screen was Craig, who had had a phenomenal run.

Incredibly, he was the 11th man to reach the line, registering a tremendous new PB of 2:27:18, which was two minutes quicker than his time at Valencia.

To finish so high up in such a huge race was a real accolade for Craig and considering the standard of the competition he was up against, it was an amazing achievement. 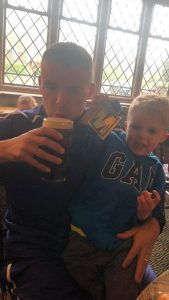 And before the clock could tick over 2 hours 30 minutes, the next BAC member arrived, and it was Ant. Milking the applause from the watching crowds as he made his way down the finishing straight, it was a truly special moment for Ant.

He’d done it. He’d added his name to that esteemed list of Bournemouth AC greats to get under that illusive 2:30 barrier. It was a great feeling for Ant and he was ecstatic as he crossed the line.

Registering an official time of 2:29:33, Ant had come in in 17th place. It was another remarkable achievement from a BAC man and one that will no doubt live long in the memory.

The fact he hadn’t tapered for it only served to make it an even bigger achievement. Ant was also 1st MV40 over the line, which was quite a statement in such a star-studded field. 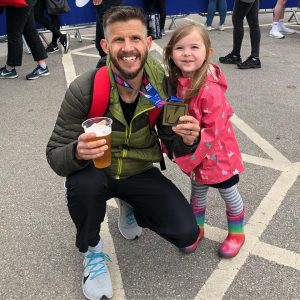 That wasn’t the end of the excitement from a BAC perspective either. Following immediately behind, it was his teammate and training partner Steve who rocked up to the line just as the seconds ticked over the 2:30 mark.

It was another great run from a BAC man and, although it wasn’t one of Steve’s quickest marathon efforts, under the circumstances, it was still a step in the right direction for Steve and he could at least be relatively pleased with the final result.

Ending up with an official time of 2:30:08, Steve took 18th place in the overall standings, rounding off a very impressive show of strength from BAC elites and portraying the club in a very positive light.

In fact, no other club had three men that finished higher up than Craig, Ant and Steve and it was very nearly a smash and grab raid for the team prize. Sale Harriers may have just shaded that though, since they had Gareth Raven who was 2nd and Callum Rowlinson who was 5th, along with Nathan Harrison who was 24th. 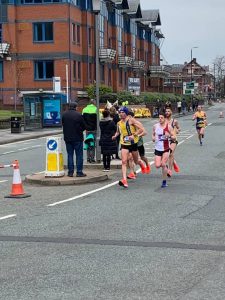 Steve and Ant ran together for the majority of the race, maintaining a very solid pace throughout

Alison ran well as well, giving it everything she had to finish in a time of 3:26:51. That was a very good achievement for Alison considering it’s been a long time since she’s run a marathon of any sort.

That made Alison 174th lady to cross the line and 21st in the FV45 category. In the overall standings, she was 2,577th. In total, there were 13,372 people who made it to the finish line on the day, underlining what a huge event the Manchester Marathon is.

The winner of the 2019 ASICS Greater Manchester Marathon was Aaron Richmond of Bideford AAC and he finished in a time of 2:21:34. That put him over 4-and-a-half minutes ahead of his nearest rival, Gareth Raven of Sale Harriers who crossed the line in 2:26:07.

The top female in the race was Jenny Spink of Bristol and West AC who completed the course in 2:35:19 putting her 36th overall. The next lady in was Fanni Gyurko of Central AC who finished in a time of 2:39:50, putting her in 67th overall.

The third woman to cross the line was Johanna O’Regan of St Neots Riverside Runners who registered a time of 2:42:15.

After the performances of Craig and Tag were captured so prominently on the BBC at the Big Half, it was great to once again see Bournemouth AC members flourishing on the big stage at the Manchester Marathon and showing the wider audience what a talented bunch they are. 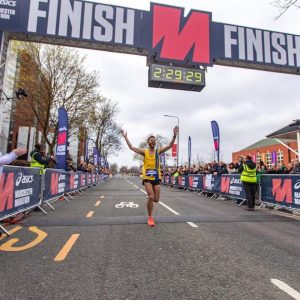 Ant crossed the line arms aloft, knowing he had accomplished something very special