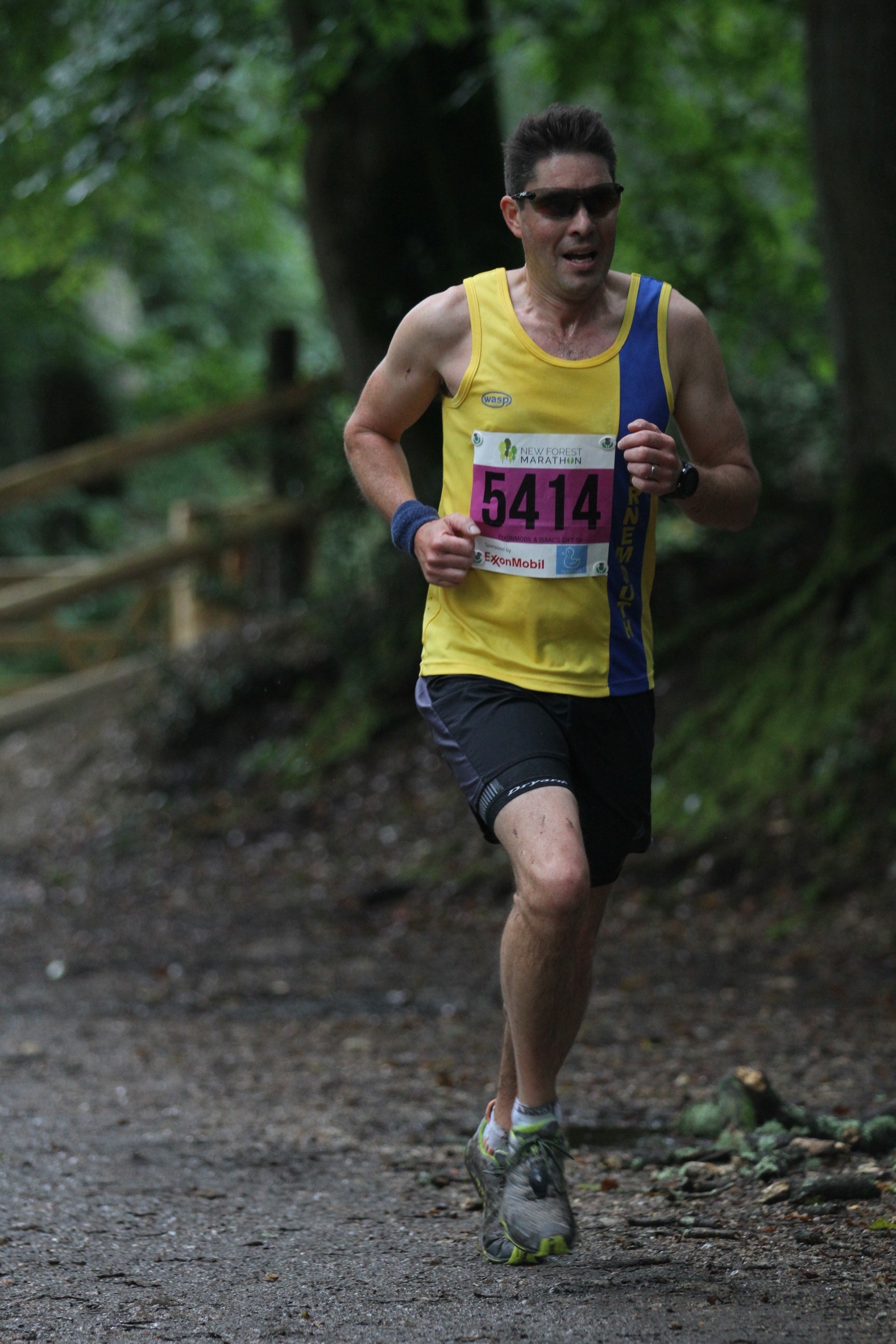 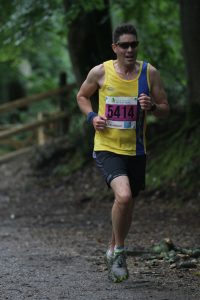 Taking place at Moors Valley Country Park, the Dark Moors 10 mile race has a unique twist, starting off at 6:30pm, plunging the participants into pitch black whilst they attempt to navigate their way around the course.

Armed with only a head torch and a certified sense of adventure, the competitors had to make their way round the trails and through the woods in surroundings many would be familiar with from the Moors Valley Country parkrun on Saturday mornings. It’s a little different though when you can’t see where you’re going.

There were two Bournemouth AC members moving over to the dark side, with Mark Hillier and Chris O’Brien looking to shine in the  night-time gaze.

Mark is currently in the process of vamping his training up with the prospect of the Marathon des Sables now looming large on the horizon. The Marathon des Sables is a six day, 156 mile ultra across the Sahara desert in southern Morocco. It has been described as the toughest foot race on earth.

The Dark Moors 10 mile race isn’t as extreme as that but it certainly gave Mark something different and interesting to get his teeth into. The visual spectacle of the race was truly something to behold, with all the combatants sporting bright head torches and many draped in fairy lights and wearing reflective racing gear of some sort.

It was a challenging course, given that there were some treacherous muddy sections that were difficult to see, even with a head torch, until you were actually in them! It would have been easy to have twisted an ankle whilst manoeuvring across the uneven ground in the dark. Fortunately that didn’t happen to Mark.

In fact, Mark seemed to flourish in the nocturnal surroundings, racing round the course at an extraordinary speed. Crossing the line in 6th place overall, his time of 1:06:30 was extremely impressive under the circumstances. Mark was also the 1st runner home in the M45 category, a very pleasing result and a sure sign that he is on the right track with his current training regime.

As is often the case with White Star events, the feedback on the race was good and it was well organised, very well attended and had a real friendly vibe about it. There was a total of 348 people in the race.

Unfortunately, the proceedings didn’t go quite so smoothly for Chris O’Brien. Chris hasn’t had the best of times recently and has been suffering from chest problems since the Christmas 10k back in mid-December.

The weekend before last he took part in the Somerley 10k but had to take it easy due his condition. He still came 22nd out of nearly 400 runners, but for him it was really just a tempo training run, finishing in 42:44.

At the Dark Moors race though, it was a different issue that affected him. Again, he was planning on running a steady race and everything was going according to plan up until the 8 mile point. 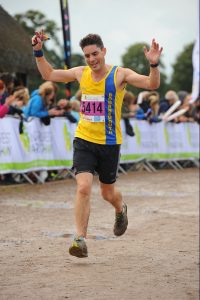 It was then that he was struck by a big knot that had occurred in his glutes. The pain was quite intense and sent him to a grinding halt. At first he tried to get at the knot but it was too deep to be able to get to it. He was then reduced to walking or hobbling along for the next couple of kilometres before managing to break into a light jog for the remaining kilometre.

He was at least able to make it to the end, but the time he was on for before the calamity had completely gone out the window, leaving him to cross the line in just over 1 hour 30 minutes. This put him in 109th position.

Although it was extremely frustrating for Chris that the race had ended in this way, the glute issue hadn’t completely come out of the blue. He had felt a few niggles in the training session on the Tuesday before. Because of that, he knew there was always a danger something could go wrong, but he certainly wasn’t expecting it to tighten up the way it did.

It was the first time anything like that had happened to Chris in all his time of running and he’s completed over 100 races. It’s never happened to him before in training either.  He was philosophical about it afterwards, describing it as just “one of those things”.

The one sliver lining for Chris is that he knows it isn’t a serious, long term injury, which is a good thing since he is due to start his London Marathon training next week.

Mark is planning on carrying a 5kg backpack with him so he use it a test for lugging some weight around with him. This is something he will have to do in the Marathon des Sables as each runner is responsible for carrying their own food, sleeping gear and other equipment with them.

Rather than aiming for a specific time, Mark is just hoping to finish and preferably with as little pain as possible. One thing is for sure though. He won’t be doing any more night races between now and the Marathon des Sables. He cannot afford to risk getting injured at this stage.

It was a rough ending to the race for Chris who was forced to walk or hobble for last few kilometres. What a pain in the backside!