Mark Hillier and friend make the journey at the Pilgrim Challenge 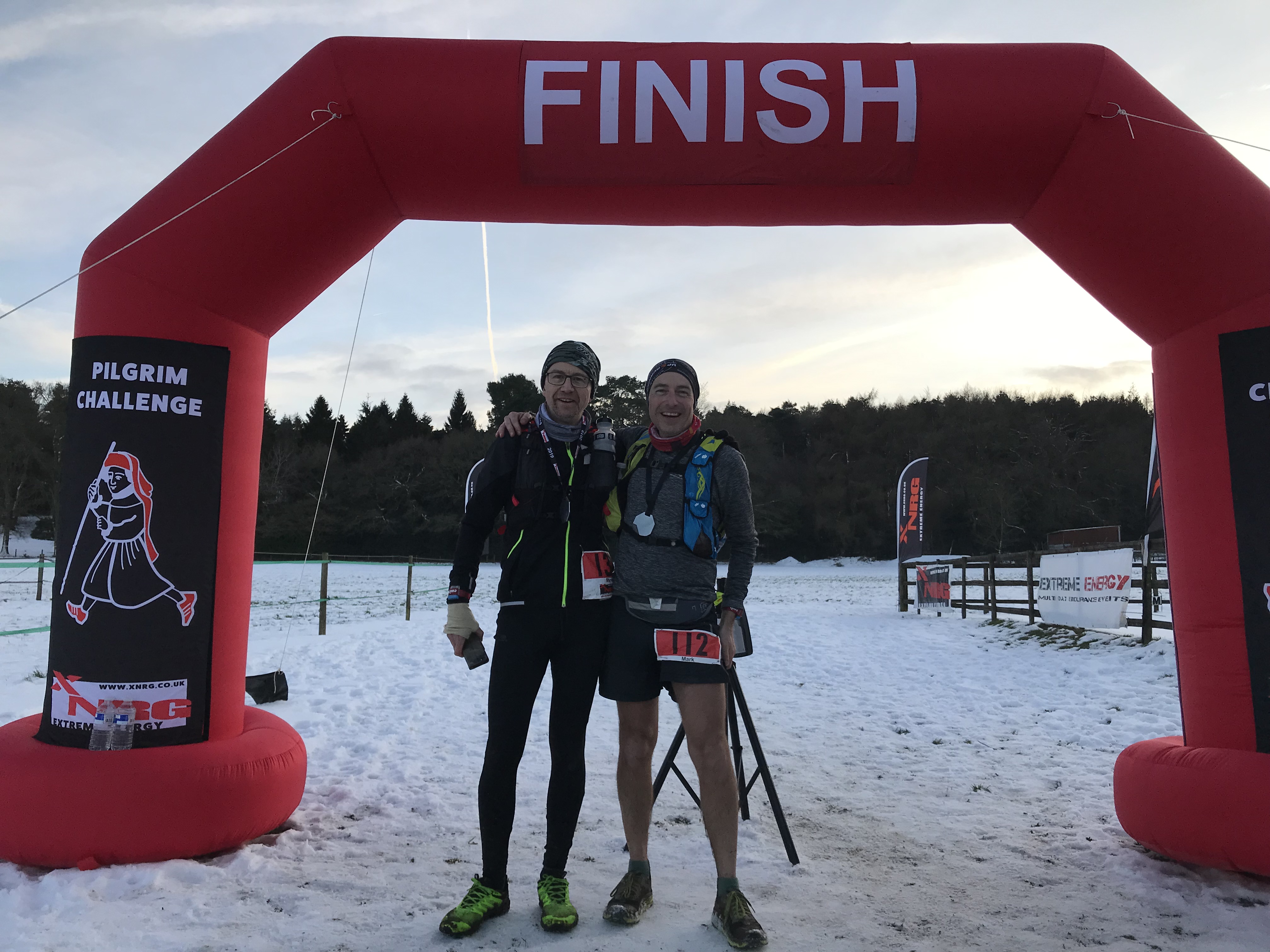 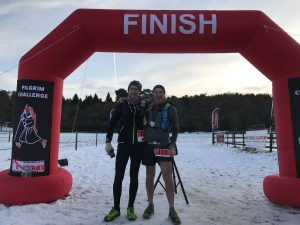 Mark Hillier (right) accompanied his friend Mark Kingswell (left) in his first ever ultra at the two-day, 66 mile Pilgrim Challenge

This time last year Mark Hillier was taking on the Pilgrim Challenge as a training run in preparation for the Marathon des Sables. That meant running the entirety of the course with a heavy backpack to simulate how it would be when he battles the toughest footrace on earth.

This time round though his goals were very different. He was aiming to complete it with a friend of his, Mark Kingswsell, who only took up running a mere 12 months ago. What he’s achieved in such a short space of time is nothing short of amazing.

The Pilgrim Challenge is a 66-mile race split over two days and is run across the picturesque North Downs Way. The route follows the footsteps of pilgrims travelling to Canterbury in ancient times, featuring stunning landscapes steeped in history.

Day 1 was very much a winter wonderland with a few inches of snow on the ground for the first 15 or so miles. It was a truly beautiful scene to run through. 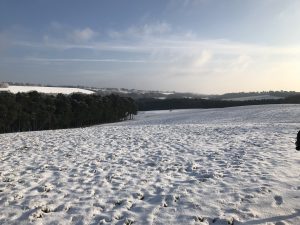 Once up and over Box Hill, it was the inevitable thick slippery mud that greeted you. It was difficult to walk on in sections, let alone run. Mark and his friend Mark made it through the day unscathed though and were in high spirits when they reached the finish and were ready for some serious food!

The two Marks completed the first 33 miles in 7 hours 33 minutes and 32 seconds putting them in 119th and 120th places after Day 1. The task now was, first and foremost, to get through the second day and secondly, to try to either improve or maintain their positions in the standings.

Because the Pilgrim Challenge often represents a final multi-day training session for those heading over to Morocco for the Marathon des Sables, during the evening the organisers had arranged for some speakers to come and share insight in to their experiences of preparing for and running multi-day races. Much like last year, Mark found it very interesting to listen to.

Overnight temperatures had dipped down to a few degrees below zero and, since they were setting off at 9am on Day 2 for the return leg back to Farnham, they knew there would be a good chance that those muddy sections would be frozen and rutted. That meant, in theory, they should be easier to manage. 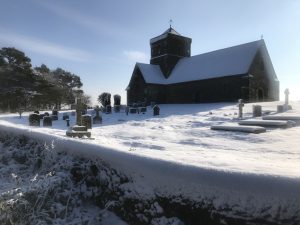 The weather was beautiful again on Day 2 and the views across the North Downs were absolutely stunning.

At one of the checkpoints, Mark was surprised to find that one of my tent mates from the Marathon des Sables, Derry Whitehead, was marshalling. It was great to see him again for Mark and brought back a lot of amazing memories from the MdS. It was also very appropriate that he was there at the end of the event to present Mark with his medal.

Their total combined time for the two days and thus, the full 66 miles, was 16 hours 1 minute and 27 seconds, giving them final positions of 120th and 121st places. That was out of a field of 161 participants.

The two Marks ran the entirety of the race together, finishing in 120th and 121st places in a time of 16 hours 1 minute and 27 seconds

All in all, it was a very enjoyable experience for Mark. Completing 66 miles in two days was the biggest challenge to date for his running friend Mark and crossing the finishing line together, still smiling, was what it was all about.

Next up for Mark is a race called The Oner, which is organised by Brutal Events. It takes place  in mid April and consists of an 82-mile course with over 10,000 feet of climbing along the South West Coastal Path.

That makes it the longest non-stop event that he’s ever attempted. He actually considers it to be a tougher test than the Marathon des Sables and with a 50% DNF rate, he’s genuinely scared about the event. You don’t know what you’re truly capable of unless you try it though and he can’t wait to be on the start line. 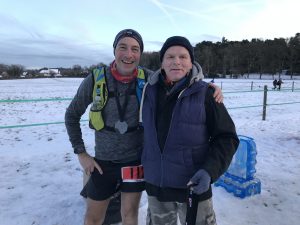 Mark (left) bumped into an old friend of his, Derry Whitehead, who he met at the Marathon des Sables last year