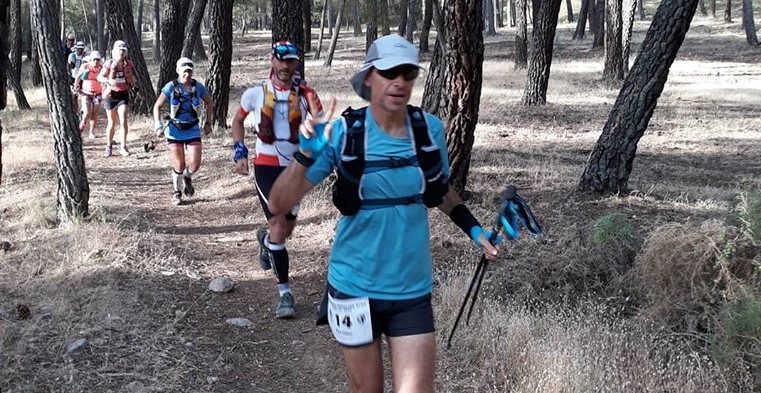 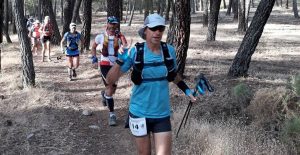 Mark Hillier took on what was potentially going to be his biggest challenge yet when he geared up for the five stage, 230km, Al Andalus Ultimate Trail

This might well have been his toughest challenge yet and that’s saying something when you look at Mark Hillier’s back catalogue of extraordinary feats.

He’s taken on and conquered the gruelling 80 mile trek over the Jurassic Coast they call The Oner, which featured 10,000ft of climbing over the 24 hours. To give an inkling into how tough that race is, it has a 50% dropout rate. Say no more.

He’s also done battle in the deserts of Morocco in the 6-day, 254km Marathon des Sables, an event renowned for being the toughest footrace on earth. Then there was the Pilgrim Challenge and Race to the King, a couple of tough two-day events.

Set in the Andalusian region of Spain, each stage offers a different challenge heading through the Poniente Grandino and the chance to experience the culture and the ambiance of the beautiful Granada Provinse.

The intense heat and the diverse terrain amplify the difficulty of the task but the splendour of the natural parks make it a highly thought of event amongst the international running community.

The route covers stretches of the famous GR-7 footpath and across several natural parks rich in agriculture and history including Sierras Loja, Tejeda, Almijara and Alhama.

The event began with a 39km jaunt from Loja to Alhama de Granada which featured a total ascent of 1,330m. Mark made a very good start, completing the course in a time of 3 hours 51 minutes and 56 seconds.

That put him in overall 5th place which was a promising opening stage and he was only 11 minutes behind the winner of the stage Manu Pastor.

It was the second stage though where Mark really set the competition alight. The route went from Alhama de Granada to Játar and was 48km long, incorporating 1,640m of elevation. This was where Mark really came into his own.

This stage took the runners up into the mountains and included some fairly technical climbs. It was just one of those days where Mark felt strong though and he was inspired by the amazing landscape and terrain he was running in.

With about six miles remaining, he began to realise that he was in with a chance of winning the stage so he gunned it to the end from there.

Reaching the line in 5 hours 8 minutes and 49 seconds, he’d done it. He’d come out on top, with a winning margin of 13 minutes over the previous day’s winner Manu Pastor and Sarah Sawyer who he arrived in with.

With the time gap being so big, Mark was elevated to the top of the leaderboard with that win which, after, two tough stages, was a fabulous achievement.

Mark wasn’t getting carried away just yet though. He knew there was a lot of hard running still to be done in the three remaining stages. 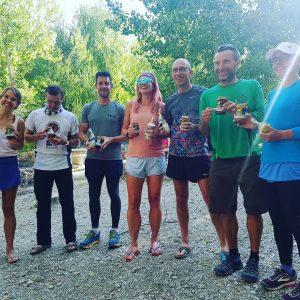 Stage 3 consisted of 39km from Játar to Jayena and included more tracks through the mountains with a total ascent of 980m. Despite his impressive exploits the previous day, Mark performed well, securing another top ten finish.

Completing the course in 4 hours 20 minutes and 48 seconds, Mark took 9th place on the day. He did concede almost 45 minutes to Manu Pastor though, who again won the stage in a time of 3:36:36. He was now firmly in command of the race.

Next it was onto Stage 4 and that was the big one of the event. The route from Jayena to Alhama de Granada was 67km in length (42 miles) and incorporated 2,031m of ascent.

And as if that wasn’t tough enough, it was an extremely hot day, with temperatures soaring above 40 degrees. This was always going to be a make or break day for Mark and the other leading contenders.

Could they withstand the intense heat and did they have enough in the tank after three gruelling stages to see them through such a long, arduous session? There was certainly somewhere to run on this one, but there was nowhere to hide.

For the first 26 miles of the course, Mark was feeling fine. It was going so well that he was beginning to dream of finishing as one of the top three men. That would have been an extraordinary achievement. Unfortunately though, things were about to take a turn for the worse.

By mile 29 he found himself in a severely dehydrated state and the last 13 miles of the day were complete and utter torture. After 9 hours 37 minutes and 36 seconds out on the course, Mark made it to the line, putting him in 15th place for the day.

It took a lot of support and encouragement from his co runners to help see Mark through the latter stages of the day and in particular one German dentist who dragged him along and refused to let him give up. Dentists are usually famed for being the administers of torture but on this occasion it was quite the opposite.

Having shipped quite a lot of time to the main contenders on this stage, Mark’s challenge for a top three finish in the event were now over. He’d conceded almost two hours to Sarah Sawyer who was 1st on the day in a time of 7:35:05 and Edwin Lenaerts who was 2nd in 7:39:54.

The final stage was Alhama de Granada to Loja, which totalled 37km and featured a further 1,120m of ascent to negotiate. With four testing days already completed, the runners who were still standing by this point were really taken to their limits having to get out there again and get through this last long route.

As the race got underway, Mark wasn’t feeling too bad at first. After the first three miles though, he could tell he was still suffering from the previous day’s exertions. He had very little energy and realised he’d need to take it easy to make it through okay.

He’d set off with the elites each day but on this occasion he quickly got spat out of the back. At the start of the race they’d been asked by the race organisers if any of them wanted to form a team of three. 14 miles in, Mark came across a teammate who was in a spot of bother.

By this point he wasn’t too concerned about time so Mark decided to stick with his teammate and finish together. After 6 hours 22 minutes and 11 seconds of running, Mark made it the end and he’d done it. He’d gone all the way and completed the entire event. That was an achievement in itself.

After all thoughts of time had gone out the window by the final stage and Mark had taken it upon himself to help his teammate get over the line, his overall time stood at 29 hours 21 minutes and 20 seconds. It was a hell of a lot of running for a five-day period.

That saw Mark place 15th in the overall standings out of the 37 people who managed to successfully complete all five stages. Of course, if he’d run harder in that last stage he would have been a lot higher but it didn’t matter to Mark. It was really all about completing the task and getting through all five stages. That was enough of a challenge for anyone.

After the leader at the end of the first three stages, Manu Pastor, has abandoned on the fourth stage, it was Sarah Sawyer who came through for the win in the end, emerging victorious in both the last two stages. Her finishing cumulative time was 24:32:17.

It has certainly been a rollercoaster ride for Mark. He’d gone from the highs of winning stage two and being overall leader to almost calling it quits on the fourth stage where he suffered greatly.

It was an amazing event though and Mark had found it even tougher than the Marathon des Sables, and that’s saying something. He loved it though and is even contemplating going back next year to have another crack at it.

What struck him most about Al Andalus Ultimate Trail though was that it was without a doubt the friendliest event he’d ever been part of and he met some great and truly supportive fellow ultra lunatics on the way.

Upon his return home, Mark professed that he wasn’t going to put his running trainers on for the rest of the summer. He did have a couple of weeks break after that but wasn’t able to resist the temptation to lace up his sneakers again for too long.

As far as his next conquest goes, so far Mark hasn’t got anything concrete in the diary but he’d keen on the idea of doing the Druids Challenge in early November, which is marathon a day for three consecutive days. Then he’d thinking about the Endurancelife Ultra and Coastal Challenge at the end of November.

Perhaps after putting himself through the trials and tribulations of Al Andalus UltimateTrail, these future events will seem like a piece of cake to Mark. On thing is for sure though and that’s that when it comes to running, Mark certainly likes to have his cake and eat it. 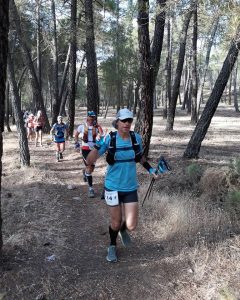