Marvellous May Day for BAC Crew at Lymington Lifeboat 10k 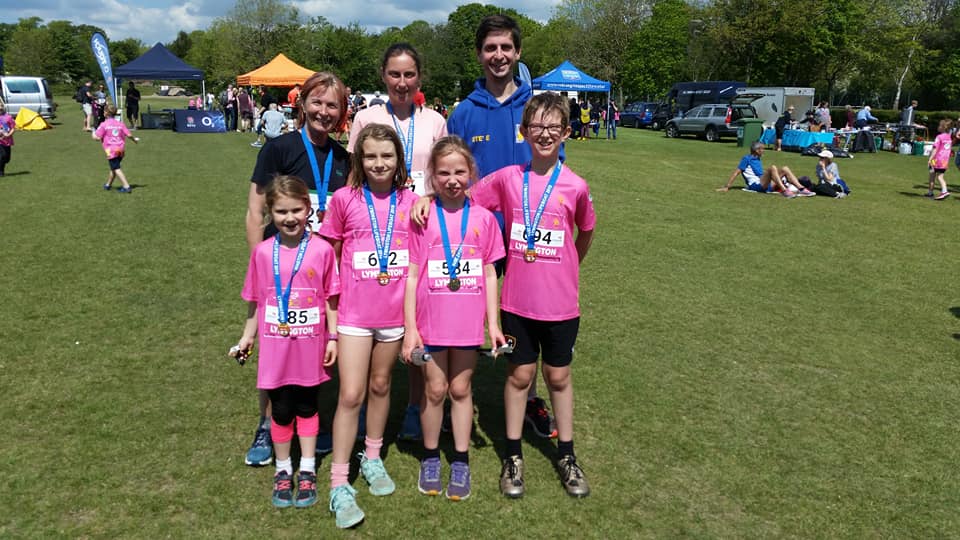 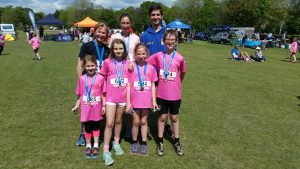 Steve and Roz Parsons and their three kids along with Tracie Harrison and her daughter all got involved, embodying the true spirit of the Lymington Lifeboat event

The lure of the Lymington Lifeboat 10k has proved a temptation too good to resist for some Bournemouth AC members over the past few years. In fact, Steve Parsons and his wife Roz, along with their three children, have now taken part in the event for three years in a row.

Also entering the race for the third consecutive year, Pawel Surowiec was once again in action and looking to see if he could improve on the 42:18 and 42:19 times he’d posted at the event thus far.

Alex Goulding was injured throughout most of last year so missed out on the 2018 edition of the Lymington Lifeboat 10k. He was there in 2017 and 2016 though and his best time on the course so far was a sensational 35:40.

Since returning from injury he hasn’t quite managed to get back to his scintillating best yet though so a similar time to that wasn’t on the cards this time round. He was still hoping to come away with a decent time though that would be another step in the right direction.

It was the 18th year running for the Lymington Lifeboat 10k and, although the course is multi-terrain, with much of the route on grass, it is very flat so does lend itself to a fast time in the right conditions.

Sadly for Steve, it wasn’t to be his day. His energy levels just simply weren’t there and he struggled to reach anything close to the sort of times he’d normally expect in a 10k race.

Last November at the Boscombe 10k, he whipped round in 43:18 to set a fantastic new PB but he’s currently some way off that form. In the end he registered a somewhat disappointing time of 52:40 at Lymington this time round, although he wasn’t expecting to run well anyway so it wasn’t a huge surprise.

That put him in 360th place in the overall standings. He got round though and that was his only real goal on the day, so in that sense, it was mission accomplished.

As for his wife Roz, she ran her first ever 10k race at Lymington two years ago, finishing in a time of 1:06:52. Last year she improved on that by nearly two minutes, finishing in 1:04:59.

This time she performed even better, knocking a full two-and-a-half minutes off her 2018 time, completing the course in 1:02:29. That was an excellent result for Roz who currently seems to be improving with each race she does. She finished in 753rd place overall.

Beating his time from last year by 15 seconds, Pawel arrived at the finish line in 42:03, putting him in 60th place. He was a bit disappointed with that though as he had been hoping for something close to 40 or 41 minutes but it wasn’t to be on this occasion. 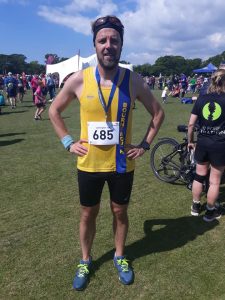 Pawel Surowiec improved on his time from last year by 15 seconds, finishing in 42:03

He’d raced pretty hard though, especially over the latter stages where he found himself embroiled in a battle with three other guys. That culminated in him completing the last kilometre in 3:30.

After that he was exhausted and found himself dropping off to sleep shortly after as he was sitting on the ground resting up against the main building.

Securing a good top-ten finish, Alex cruised across the line in 36:49, which put him in 9th place overall. Most people would consider that to be a fantastic result but Alex knows he’s capable of so much better.

At the peak of his powers, back in 2017, he was getting in the low 35s. He seems to have rediscovered his form in training again and is able to display a similar turn of pace to what he had before but at the moment it isn’t translating to races.

It may just be the speed endurance that he’s lacking, particularly when going over the 5k distance that he’s currently most used to running. It wasn’t a complete disaster though and he was looking to see further improvement at the May 5 league race the following weekend.

Fourth position went to Alastair Pickburn of New Forest Runners, who clocked a time of 35:34, with his clubmate Robin Copestick taking fifth place in a time of 36:40.

The top lady was Sophie Bubb of Lymington Triathlon Club. She finished 19th overall, crossing the line in a time of 38:36. She was followed by Jessie Lutwyche who finished in 39:32 to take 27th place overall. 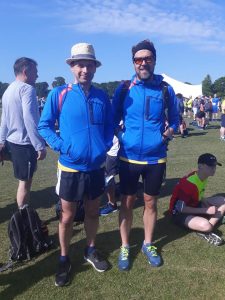